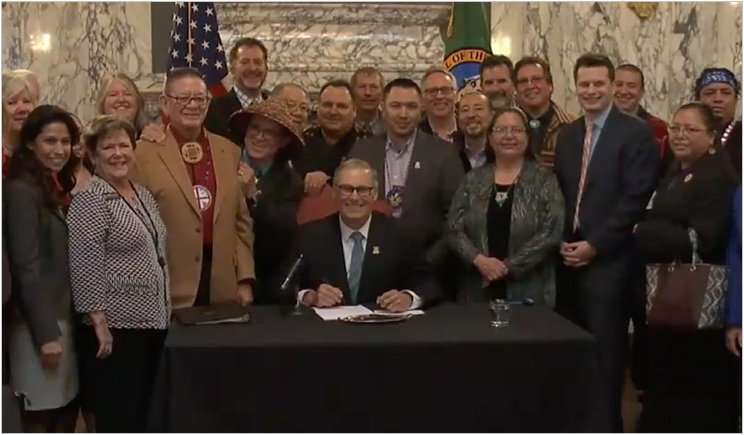 Governor Jay Inslee of Washington State has signed Senate Bill 5079, which lifts restrictions on tribes from using federal funding for Dental Health Aide Therapists, who work under the direction of a dentist to provide cleanings, place fillings, and educate patients about oral health and disease prevention. The bill is designed to expand access to dental care on state tribal lands to address the disparities in oral healthcare faced by many Native Americans in Washington.

“I remember going to the Yakama Nation to a clinic and seeing dozens of kids with horrific caries trying to get emergency dental care. We want to get ahead of caries. We want our kids to have good dental health. We understand that dental health is as important as physical health,” said Inslee. “Finally, we’re going to have a situation where we use good, high-quality dental care in the state of Washington for our tribal members.”

“We’re going to unlock the door to dollars for healthcare from the federal government. I love the fact that we’re going to bring federal dollars to our state to provide tribal healthcare. These programs have worked in other states. They’ve made high-quality dental care available. They have not reduced health benefits in other areas. It’s great that this state is now building on success in other states,” said Inslee.

“This is a tremendous day for Indian Country here in Washington state. It just adds to the adage down here that the impossible takes a little bit longer. This took 12 years, but perseverance paid off, and we got it done,” said Senator John McCoy, a sponsor of the bill representing the state’s 38th District. “This will help all tribes in rural Washington, so this does mean jobs for rural Washington.”

In 2016, the Swinomish Indian Tribal Community collaborated with the Northwest Portland Area Indian Health Board to become the first tribe in the lower 48 states to hire a dental therapist. Now, tribal representatives say their next step will be to work with schools in the state to train the dental therapists who will be providing this care.

“That’s our next step, to work with community colleges, universities, to bring that training from Anchorage, Alaska, down here to Washington so our kids will stay here in the state and find a place to send them to be trained in the near future,” said Brian Cladoosby, chairman of the Swinomish tribe and president of the National Congress of American Indians. “All that exciting news will be coming out shortly as our next goal after this is implemented.”

The ADA formally opposes the licensing of dental therapists, noting that there is no available data demonstrating that new practice models have increased access to care at a lower cost. Also, the ADA reports that the current number of dentists will continue to grow through 2035 and outpace population growth, while 27% of dentists can add more patients. Instead of new professionals, the ADA believes efforts should focus on better connecting patients with care.

The dental lobby is currently opposing a separate effort in the state’s House of Representatives, House Bill 1364, that would permit dental therapists to practice statewide. But while the Washington State Dental Association is part of those efforts and had joined the ADA in previously opposing work to introduce dental therapists to tribal lands, it chose not to work against Senate Bill 5079.

“To the Washington State Dental Association, a big thank you to them for standing down on our bill this year,” said Cladoosby. “That really meant a lot to us when they came to visit us in Swinomish before the session started to give us their great news that their board voted 10 to zero to do that. That was huge for the dental association to do that.” 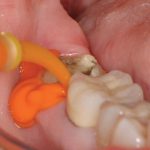