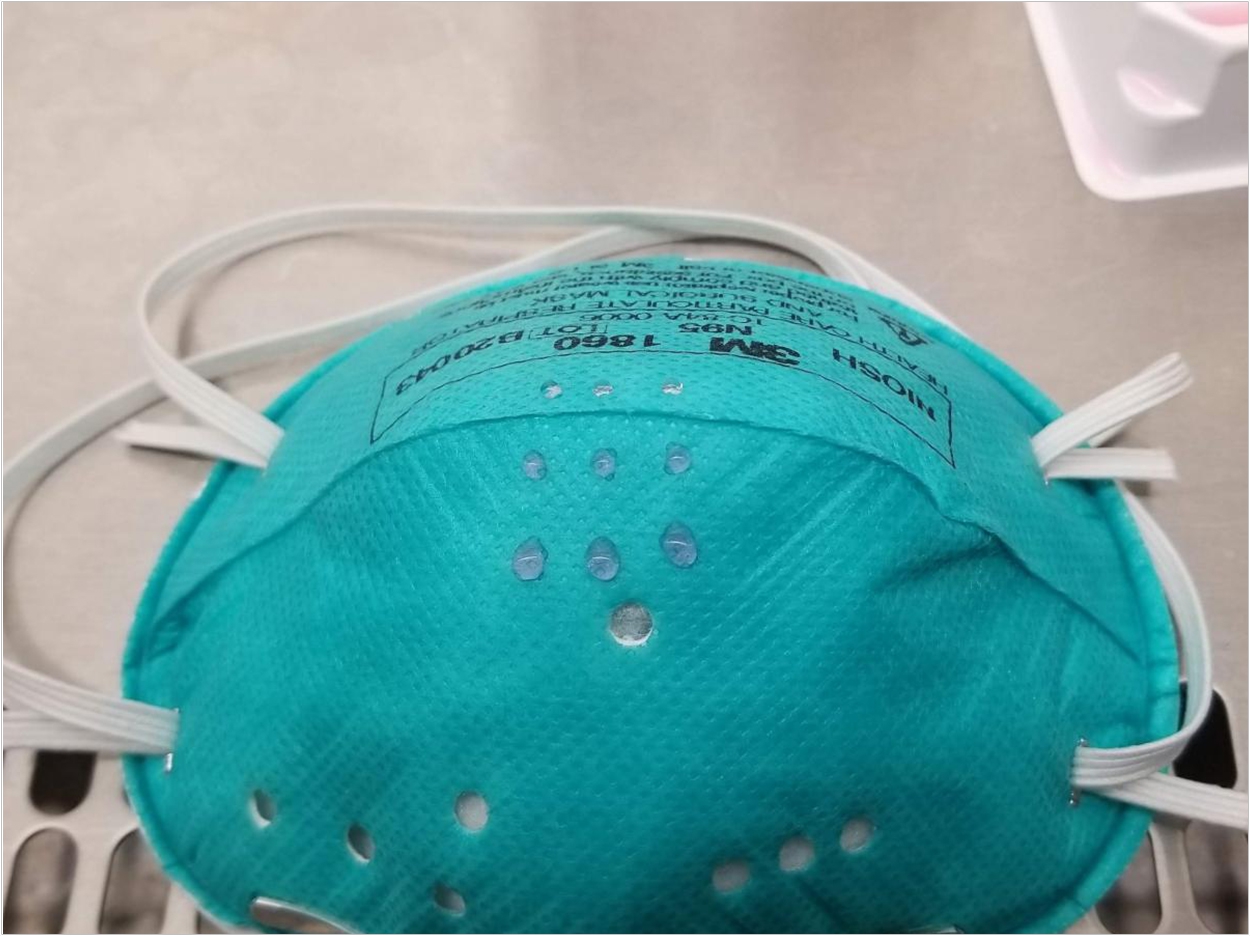 Ultraviolet-C light (UV-C) can effectively and safely decontaminate some N95 respirators tainted with the COVID-19 virus, according to researchers at Henry Ford Health System in collaboration with the University of Michigan.

The researchers decontaminated the outside and inside of the facemasks in a prototype phototherapy unit that dispenses a UV-C dose high enough to effectively kill the virus in less than 2 minutes while preserving the facemask’s breathability, fit, and integrity.

The study tested five N95s, and the process worked best on the facepieces on the 3M 1860 and Moldex 1511 and on the straps of the 3M 8210 and Moldex 1511. The effects of the dosage varied on the other tested models and their straps, suggesting that the UV-C radiation can degrade them.

Wiping the straps with ethanol before decontamination would likely be required as an additional disinfection step in the process to maximize the wearer’s safety, the researchers said. Fit testing also should be required each time a disinfected facemask is returned for use or a new model is being worn for the first time, the researchers added.

“Our findings reveal a practical and viable option should hospitals encounter shortages of N95s in the future,” said David Ozog, MD, chair of Henry Ford’s Department of Dermatology. “Using UV-C has been shown to be effective in killing other coronaviruses and the flu virus. We were able to replicate that sterilization effectiveness with COVID-19.”

Ozog stressed that facemask sterilization only should be used when there are severe shortages of N95s. The researchers tested the N95s for decontamination at the university’s SARS-CoV-2 research lab in Ann Arbor.

“When Dr. Ozog approached us about helping to demonstrate the effectiveness of their UV sterilization procedure with live SARS-CoV-2 virus, we immediately agreed and understood that we could provide some confidence to their healthcare workers that this procedure was effective,” said Jonathan Sexton, PhD, assistant professor of internal medicine and director of the University of Michigan Center for Drug Repurposing.

The research culminated the work of a team of dermatologists and researchers who have devoted more than 400 hours since the pandemic hit Michigan to investigate how phototherapy, a type of medical treatment used for treating certain skin conditions, could serve a role in the pandemic.

The researchers focused on the potential of decontaminating contaminated N95s for reuse by healthcare workers. They examined the reliability of the prototype unit and ultraviolet light, the minimum dosage needed for decontamination, the importance of fit testing post-decontamination, and four common methods associated with facemask decontamination.

The pandemic exposed a critical flaw in the global personal protective equipment (PPE) supply chain, the researchers said, as the healthcare industry struggled to obtain supplies of N95s, other facemask types, gowns, gloves, and face shields.

As a result, the researchers added, decontaminating N95s to be reused safely became essential for many healthcare systems and providers until new shipments of supplies have arrived. Henry Ford decontaminated thousands of N95s and returned them to their users for reuse in the first couple months of the pandemic.

“The beginning of the pandemic was physically and mentally overwhelming for everyone. We desperately wanted to help our frontline workers, who were crushed with COVID-19 cases at Henry Ford,” said Ozog.

UV-C is one of the four methods considered for facemask decontamination. It is well known for its ability to penetrate the DNA of bacteria and microorganisms and prevent them from multiplying or replicating, the researchers said.

Henry Ford’s phototherapy unit was modified with the help of engineers at Daavlin Co, a phototherapy manufacturer based in Bryan, Ohio. It sits on a flat surface and is about 5 feet long. The decontamination field measures 15 inches deep by 45 inches long, treating up to 27 facemasks at once. The UV light is powered by at least 10 but not more than 20 UV-C lamps.

The University of Michigan BSL3 biosafety lab contaminated the five types of N95s with four drops of the COVID-19 virus taken from viral stocks obtained from the federal government’s Biodefense and Emergency Infections Research Resources Repository. The virus droplets were placed in four areas, the nosepiece, apex, chin, and strap.

The facemasks were kept dry in a biosafety cabinet at room temperature for 40 minutes. Then they were moved to the phototherapy unit for decontamination using a dose of 1.5 J/cm2 UV light radiation at 254 nm to each side of the mask for about 60 seconds.

UV radiation is measured in three wavelengths, UV-C, UV-B, and UV-A. UV-B and UV-A are associated with skin cancer. They also are used in the treatment of some dermatologic diseases such as vitiligo and psoriasis.

Indermeet Kohli, PhD, a Henry Ford dermatology physicist, developed a formula by which the UV-C dose delivered to the exterior and interior parts of the facemasks can be assessed for decontamination and safe use. She said the curvature of the facemask and the distance between its surface and the lamps are crucial in achieving the proper dosage.

“It is imperative that this type of assessment be performed to make sure that the decontamination process is done properly,” Kohli said. “Failure to do so could result in catastrophic consequences for the frontline healthcare workers.”

The effectiveness of the decontamination was measured in analytical chemistry terms by the limit of detection (LOD) and no cytopathic effect (CPE). LOD is the minimum concentration of a component that can be reliably detected. CPE means the virus yielded no infectious properties.

All five facepieces had below LOD and no CPE, but some had traces of the virus on their straps. The researchers cautioned that none of the N95s tested were visibly soiled. Most health systems including Henry Ford prohibit the reuse of soiled N95s.

Also, Henry Ford dermatology fellow Shanthi Narla, MD, cautioned in a letter to the editor published in Photodermatology, Photoimmunology & Photomedicine that “This process should only be considered as a risk mitigation effort during severe shortages” due to the variety of N95s in use across the country.

In a demonstration of the prototype unit, the facemasks are placed on a stainless-steel tray, separated by autoclave tape to keep them from touching each other. Once one side of the facemask is treated, it is flipped over to perform a separate decontamination. Researchers say that any visibly soiled masks should not be treated but rather properly disposed of as medical waste.

Many healthcare providers use N95 substitutes that offer very limited protection, so the use of UV-C and repurposed phototherapy devices could be the best practical solution for now, researcher Iltefat Hamzavi, MD, wrote in a letter to the editor published online in the Journal of the American Academy of Dermatology (JAAD).

The researchers also stressed that not all N95s are created equal and may not withstand contamination. Degrading may occur in the facemask’s outer surface and the elasticity of the bands. Thus, the researchers underscored the importance of fit-testing after contamination in a study published in JAAD. Healthcare workers are fit-tested every year with the N95 to ensure a proper fit and that no air can penetrate the outer edges.

The researchers say caution is required in N95 decontamination no matter the method.

“Given the current COVID-19 pandemic, extreme measures are needed to keep those on the frontline protected,” said Angela Torres, MD, a Henry Ford dermatology fellow and lead author in a study published by Photochemical & Photobiological Sciences. “These options are cost-effective, quick to employ, and have the potential to save many lives and valuable resources.”

However, Torres said that discarding a contaminated disposable N95 after a single use is “still ideal.”

The study, “The Effect of Ultraviolet C Radiation Against Different N95 Respirators Inoculated With SARS-CoV-2,” was published by the International Journal of Infectious Diseases.

The CDC Says N95s Can Be Decontaminated and Reused 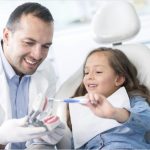 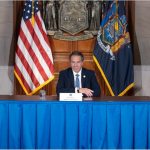