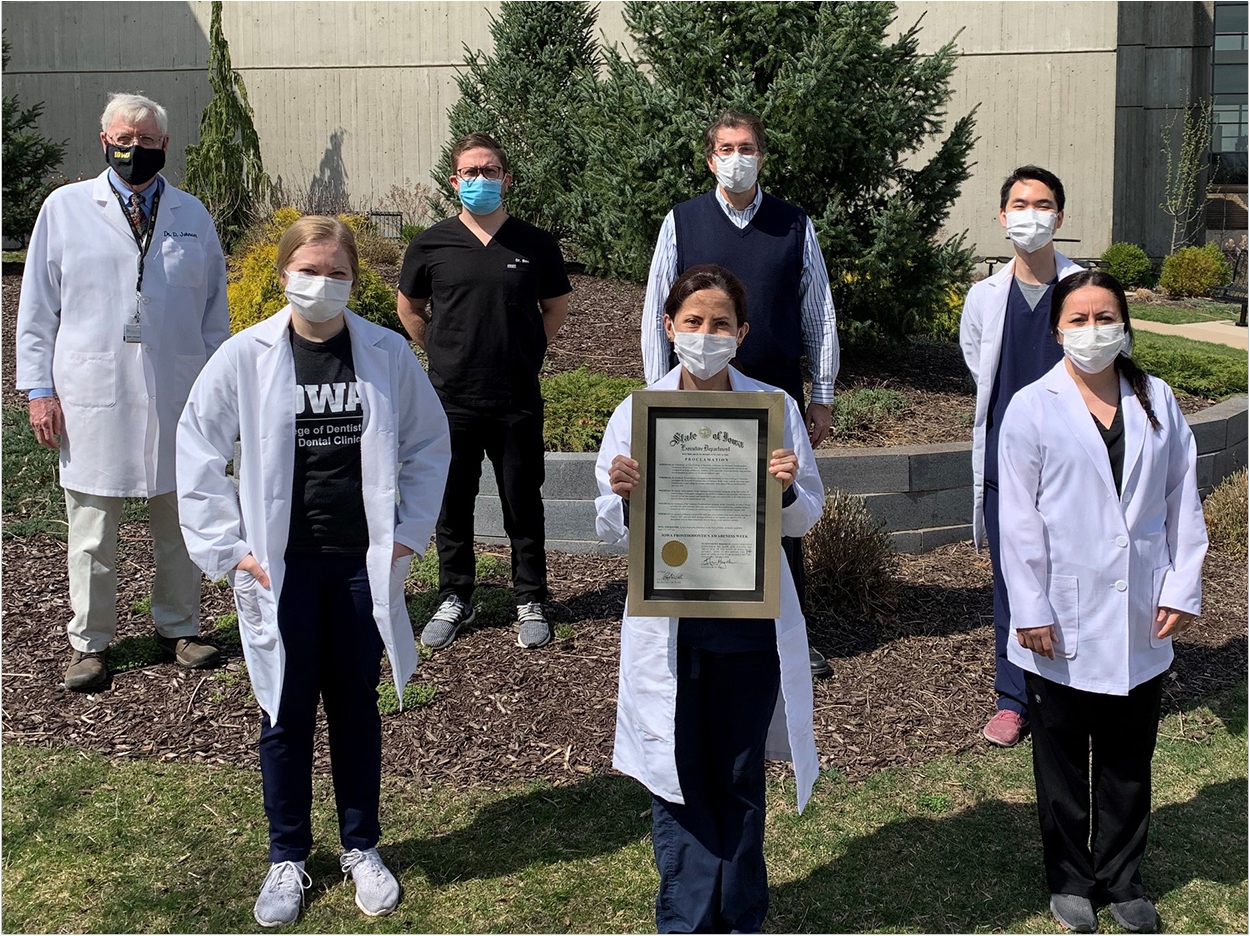 For the past six years, the University of Iowa College of Dentistry and Dental Clinics has celebrated National Prosthodontics Awareness Week, celebrated this year from April 18 through April 24, by recruiting six low-income veterans to receive a free, complete set of dentures.

“During this week, the residents of the Graduate Prosthodontics program at the University of Iowa College of Dentistry volunteer their time and resources into constructing complete dentures, completely free of charge, for a select group of veterans with limited income,” Kerdani said.

This service for the veterans is now built into the curriculum and training for prosthodontics residents, and the project serves as a capstone for the residents who are finishing their specialty training at Iowa, the college said.

Third-year prosthodontics resident Dr. Tarin Piangsuk provided care and a new set of dentures for Roland, who served in the first Gulf War.

“I had some dentures before, but nothing like these! They’re so beautiful and so nice,” Roland said.

Dr. Michelle Burson, also a third-year prosthodontics resident, provided care and a new set of dentures for Kit, who served in the Vietnam War. Although Kit previously had a set of dentures made 10 years ago, he said that they were falling apart.

After wondering whether his previous dentures could have been maintained with regular prosthodontic care that he had not received, Kit said, “I’m so glad that they will examine the dentures at least once a year to make sure that they are in good working order.”

Dr. Maria Teresa, a first-year prosthodontics resident, provided care and a new set of dentures for Allen, who was stationed in Thailand during the Vietnam War. In 2012, Allen had his teeth pulled, and he had not been able to eat anything except soft foods since then. The dentures were the first he had ever had, and he said they will make a big difference in his quality of life.

“I am so happy about the dentures,” he said. “Although I’ve obviously not had any problems eating, I am really looking forward to eating apples and a steak!”

The Department of Prosthodontics called it a great privilege and honor to give back a little to those who have given so much for the United States. 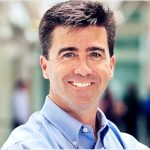 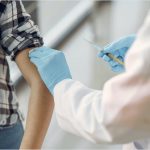