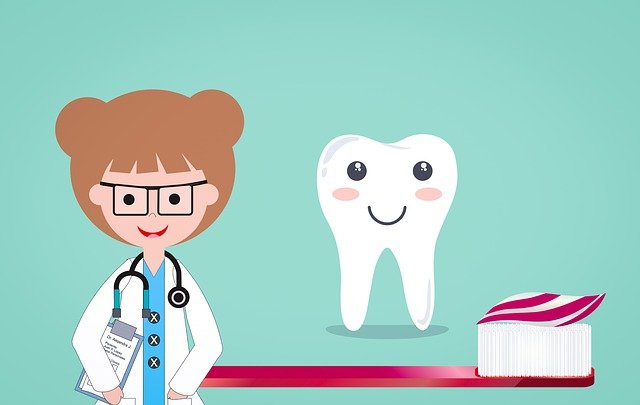 Read on for Michael W. Davis’ coverage of the struggle that state dental boards are undergoing to enforce pediatric dental sedation safety.

Numbers of professional academies have worked diligently to establish protocols for safer delivery of pediatric dental sedation. Enhanced sedation guidelines were prompted by a wide variety of unfortunate morbidity and mortality outcomes from regions throughout the nation.

Today, resulting new amendments to state dental board rules and administrative law are largely in effect. Positive augmentations to sedation rules and protocols are anticipated to continually be updated. This undoubtedly has placed intense pressure on state dental board members, who primarily function on a voluntary basis to serve the public interest.

While these improvements to public safety are largely on record, one may ask about actual enforcement.

Have certain dental boards fallen short of their objectives, in these potentially life-and-death concerns?

It was brought to the attention of the Arizona State Board of Dental Examiners (AzSBDE) that one of their state’s license holders for dental anesthesiology held bogus credentials. The doctor’s record of anesthesiology residency and supportive documentation were all either faked or forged. It took the efforts of an investigative journalist to expose that the dental board had taken no action for years, after knowledge of the misrepresentations.

Once the Arizona Governor was publicly embarrassed by the dental board’s inactions, he released a public statement to the AzSBDE.

“Dear members of the Arizona Board of Dental Examiners, I write today on behalf of the citizens of Arizona as you hold a special board meeting to consider Dr. Goyal’s dental license. As a member of the Arizona Board of Dental Examiners, it is your responsibility to protect Arizonans from people who may deceived them in the practice of dentistry. Dr. Goyal has demonstrated through his actions and subsequent plea agreement to three felonies in a criminal case that there are questions whether patients can rely on his integrity as their healthcare provider. Today, I urge you to take emergency action to protect any potential unsuspecting patients and move forward with a summary suspension of his dental license.”

Governor Doug Ducey subsequently forced the retirement of the AzSBDE’s executive director and altered the design of the AzSBDE’s investigative structure, to a different state agency.

Two dental sedation deaths occurred in Arizona in 2021. Both involved the same nurse anesthetist operating in dental clinics. One of the dental offices was unlicensed for dental sedation services. In the other, the patient died subsequent to an intraoral fire involving oxygen sparked by a dental laser. The nursing board held little concern about an 11-minute delay in calling 911 once the patient entered critical distress. One regulatory board member actually praised the actions of the nurse anesthetist.

The prior year, a four-year old girl died subsequent to treatment at that same clinic.

A hearing was held related to the two-year old child’s death by the state dental board. The following is taken directly from minutes of that June 2018 meeting.

The dental anesthesiologist eventually signed a consent agreement with the AzSBDE and continues his practice today.

The AzSBDE failed to investigate the corporate dental chain’s nominee dentist clinic owner. He is a licensed dentist in multiple states inclusive of Arizona. A former board member public citizen with experience in the dental industry publicly inquired about a possible investigation of the DSO. He was quickly shot down by the board’s legal counsel.

Dental licensing of a corporate officer is one method to facilitate a “work-around” in states outlawing the corporate practice of medicine or dentistry. The dental service organization (DSO), or technically their retained licensed nominal owner (and corporate officer) controlled staffing, staff training, clinic supplies, and equipment inclusive of oxygen tanks and sedation monitoring devices, number of patients receiving sedation services, patient time in recovery, overall numbers of patients treated, and hours of operation.

All these elements comprise aspects of the practice of dentistry.

Thus, the clinic owner and licensed dentist is subject to oversight and regulation by the respective dental board.

In this case, it was a dentist and corporate officer, who was assigned to (mis)represent himself as clinic owner.

A noteworthy case in Mississippi has evolved from alleged dental abuse of a single autistic child treated under dental sedation. Positive change is now impacting the entire structure of delivery of pediatric dental sedation within that state.

Ulrich has expressed a number of concerns including necessity of a properly informed consent process, releasing of patient personal healthcare info onto a public forum by providers in violation to federal HIPAA statutes, failure to place patient interests to the fore by providers, utilization of itinerate anesthesiologists without full disclosures, lack of properly trained personnel for general sedation delivery and recovery area monitoring, misrepresentations of pediatric dental specialty standing, having parents sign blank forms later to be filled in for informed consent and treatment plans, altering records, and quality of restorative dental care.

In this 41-minute video, Ulrich records her frustration and concerns in a talk with a dental board secretary. The Mississippi state employee on the other end expresses genuine concern for her fellow citizen, Ulrich. She too is exasperated by a government oversight system which failed the people of her state.

In her humble station, she offers exemplary support and viable avenues of redress for Ulrich. Readers should take the time to link onto that conversation, to better appreciate a very tiny aspect to the struggle of a mother advocating for her disadvantaged son. (Note: Mississippi statutes allow one-party consent for recording conversations.)

Apparent failures of multiple people associated with the Mississippi State Board of Dental Examiners (MSBDE) led to exposure and outcries on social media. Although allegedly problematic personnel are no longer connected to the MSBDE, an embarrassment of Governor Tate Reeves may force further action, as was demonstrated in Arizona.

On February 15, 2022, an investigative news report from News 7, NBC/San Diego highlighted the Dental Board of California’s (DBC’s) failure of timely action related to alleged abuses centered on pediatric dental sedation.

One pediatric specialist dentist held unresolved active disciplinary charges related to an active case, which is now three-years old. The circumstance involved an alleged lack of proper recordkeeping and proper monitoring of a child’s vital signs during oral sedation. This could potentially place a child’s life at risk and demanded immediate action by regulators.

Parents who stepped forward in public service by filing formal complaints expressed their exasperation with failures of the DBC.

No one should be surprised that the majority of child dental sedation safety violations originate from the Medicaid sector. This demographic has more dental needs. Children living below the poverty line exhibit more dental caries (tooth decay) than other segments of the population. These children are also more likely to have developmental disabilities and more complex health histories. In short, they have a greater need for the service of dental sedation.

Concurrently, their parents or guardians often do not speak English as a first language. Some are themselves undocumented migrants. Many of these caregivers may have minimal education. As such, these factors may make communication and the informed consent process additionally challenging.

The potential for fear and intimidation of parents and guardians makes their children more vulnerable to outlier healthcare practitioners. Financially poor people, those with little education, people who may not possess citizenship, or parents who may be overwhelmed with a special needs child are commonly seen in the Medicaid population. These individuals become easy targets for disturbing “Medicaid Mills,” which Ulrich cited in her telephone conversation.

Over time, many providers dropout or limit Medicaid participation. Too many of the remainder practice outside the interests of patients. Clinical shortcuts and greed may take over.

These vulnerable disadvantaged children must have the advocacy of their state dental boards. Practitioners who may place these children in harm’s way must face immediate and serious discipline. Clinicians and their employers who deliver treatment of sedation for dental patients should experience license suspension and/or an immediate cease-and desist order, in the event of a significant imminent threat to public health and safety. 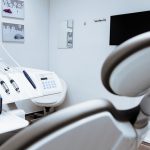 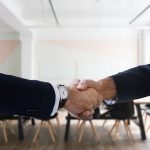