Standard endodontic obturation has involved the use of gutta-percha as the material of choice. New materials show promise as obturation agents with enhanced properties. One such material developed at Loma Linda University is mineral trioxide aggregate (MTA).1 This material has been developed to seal off the pathways between the root canal system and surrounding tissues, significantly reducing bacterial migration.2 To date MTA has been used as a root-end filling, an apical stop to close immature apices, a perforation repair material, and a pulp-capping agent.3 The properties that make it an excellent material in these situations give MTA the potential to be used as an obturation agent.

Among the properties of MTA are the following: excellent biocompatibility with vital tissues; low solubility in periapical areas; long-term stability in oral conditions; resistance to bacterial leakage; stimulant for cementoblastic activity; and hydrophilic chemical reaction. There are no known contraindications for its use, no known side effects,4 and no known interactions with other dental materials. These properties make MTA a logical choice as an obturation agent.5-8

CURRENT SURGICAL USE OF MTA

MTA has been used successfully as a root-end surgical restorative material. The final root-end filling of MTA has the radiographic appearance of an apical plug. An example of this type of procedure, presented with the permission of H. Bittner, DMD, CAGS, involved the treatment of a central incisor, tooth No. 9. A root-end filling of MTA was placed surgically because of the inaccessibility of the pulp chamber. The radiograph shows the resulting apical MTA plug: it appears to be approximately 5 mm in length (Figure 1). Due to the success of restorations placed in this manner, it is postulated that should these restorations be placed with coronal access using MTA as an obturation agent, they would also be successful.

The method of disinfection I use is based on the research of Dr. N. Gutknecht of the University of Aachen, Germany.9 I modified this technique to decrease sensitivity following treatment of teeth that do not exhibit the presence of radiographic abscesses. The modifications include a decrease in the wattage used and the addition of water as the irrigation agent both during mechanical preparation and the disinfection by laser application. The change from chemical irrigation and disinfection to only water confirms that the laser is the sole source of disinfection. My anecdotal study of this technique is now in its eighth year. A total of 1,200 teeth have been treated; 800 were treated in single-appointment procedures with predictable success.

MECHANICAL PREPARATION AND PLACEMENT OF CEMENT

One of the primary drawbacks to the use of MTA as an obturation agent is the difficulty of controlling the flow of the material in the canal. In the following case reports, modifications to standard endodontic techniques are employed to control MTA flow. The first modification involves the mechanical shaping of the pulpal canal to create an apical restoration similar to that created by surgical treatment. As the objective is to force a fluid material into a confined space from the coronal opening down the canal to the apex, the canal must be shaped to concentrate the material in the apical area. The canal is then shaped into a funnel with an apical plug area at the end. The apical area is reamed to a No. 30 size reamer to working length. An apical stepback is then made 3 mm short of working length to form the apical plug area. The canal is then flared by further stepbacks from this point with successively larger reamers. The resultant funnel shape forces the MTA into the apical plug area when pressure is applied to the MTA from the coronal area of the tooth and directed apically into the canal.

The second modification involves the methods used to apply pressure to the obturation agent to force it into the canal. The MTA (Figure 2), manufactured and distributed as ProRoot (DENTSPLY Tulsa Dental), is mixed according to the manufacturer’s directions. The resultant material has the consistency  of wet cement (Figure 3). It is placed into the canal with a lentulo spiral (Figure 4).

The second method of MTA placement involves the use of laser fiber-optic fibers. These fibers have several advantages in MTA placement. The fibers are flexible and can traverse curved canals. They also come in several sizes ranging from 600 to 200 µm. These varying sizes allow MTA to be forced down a canal into the apical plug area by starting the placement with large fibers, and then successively decreasing fiber size until the apical plug area is reached (Figure 5).

A 60-year-old male presented with moderate pain in the upper central incisor area. A periapical radiograph revealed an irregular radiolucent area at the apex of tooth No. 9 (Figure 6). Clinical examination indicated that the primary symptom was pain to percussion. The patient agreed to MTA placement with the understanding that surgery might be required in the future.

The tooth was anesthetized and the pulp chamber was accessed. The mechanical preparation consisted of using standard endodontic reamers to clean and shape the apical stop area to a No. 30 size reamer. The stepback was begun 3 mm from working length and continued in 1-mm increments for four file sizes larger than the master apical stop file. Gates Glidden burs Nos. 2 and 3 were followed by a No. 30 Endo Technique reciprocating reamer to complete the funnel-shaped preparation of the coronal portion of the canal.

During all the mechanical preparation water was used for irrigation. Disinfection was by 3-watt American Dental Nd:YAG laser set at 0.75 watts and pulsed at 15 pulses per second through a 200-µm fiber for 40 seconds, with water irrigation.9-11

After drying the canal, MTA was placed by lentulo spiral to fill the canal. Softened gutta-percha was then placed by the QuickFill technique (JS Dental) that employs friction to soften the gutta-percha. Postoperative radiographs (Figure 7) illustrate adequate filling of the main canal and apical plug with additional filling of the lateral accessory canal. Immediate postoperative follow-up was uneventful, with the primary observation being that there was cessation of pain following the treatment. One-year radiographic follow-up has indicated significant decrease in the size of the periapical radiolucency (Figure 8); the tooth has been asymptomatic during this time.

A 12-year-old male presented with pain in his maxillary incisor tooth No. 9 (Figure 9). The tooth had received a traumatic injury 3 months prior to the onset of pain. Finances precluded standard endodontic treatment; however, the parent accepted MTA obturation in an attempt to save the tooth.

The tooth was anethetized, the pulp chamber was accessed, and the mechanical preparation of the pulpal chamber was completed. Owing to the large size of the canal the apical plug area was shaped with a No. 60 reamer. The stepback procedure was used to produce the required funnel-shaped canal preparation. Water was used for irrigation during the mechanical preparation. Disinfection was by 3-watt American Dental Nd:YAG laser set at 0.75 watts and pulsed at 15 pulses per second through a 200-µm fiber for 40 seconds with water irrigation. After drying the canal MTA was placed by lentulo spiral to fill the canal. Two laser fiber-optic fibers were then used to force the MTA into the apical area. The first fiber was 600 µm in size, and the second fiber was 400 µm. Immediate postoperative follow-up was uneventful; the primary observation was cessation of pain. A postoperative radiograph (Figure 10) showed complete filling of the apical plug area with deficiencies in the coronal half. A 9-month radiograph (Figure 11) shows no pathology periapically; the tooth had been asymptomatic during this time. The deficiencies were later filled in by the placement of a Composipost (RTD) in the restoration of the tooth (Figure 12).

One of the main concerns involving obturation with MTA is removal of the MTA should re-treatment be required. Re-treatment could involve either removal of part of the coronal area of the MTA, or removal of all of the MTA including the apical plug. If removal involved only MTA in the coronal area, then it could be readily accomplished in teeth treated by the case 1 or case 2 techniques. In the case 1 technique, the MTA in the coronal part of the canal was mixed with gutta-percha. The resultant mixture could be readily removed with Gates Glidden drills. In the case 2 technique, the MTA had porosities caused by the withdrawal of the fiber-optic fibers. The porosities permitted the MTA removal by Gates Glidden and post drills when the tooth was later restored. Removal of homogeneous MTA in the apical plug area in the event of endodontic failure would likely require surgical intervention. This could be accomplished with replacement of the apical plug MTA if that was deemed necessary.

The two techniques for MTA obturation as presented in this article appear to satisfy the requirements of standard endodontic obturation. The resultant MTA apical plug restorations are similar radiographically to surgically placed MTA root-end restorations. Continued follow-up will be required to determine the efficacy of this treatment. 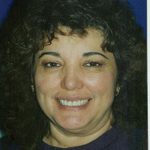 Next post Great Cosmetics—A Temporary Thing: How to Use Provisional Restorations to Ensure Exquisite Cosmetics
0 Shares