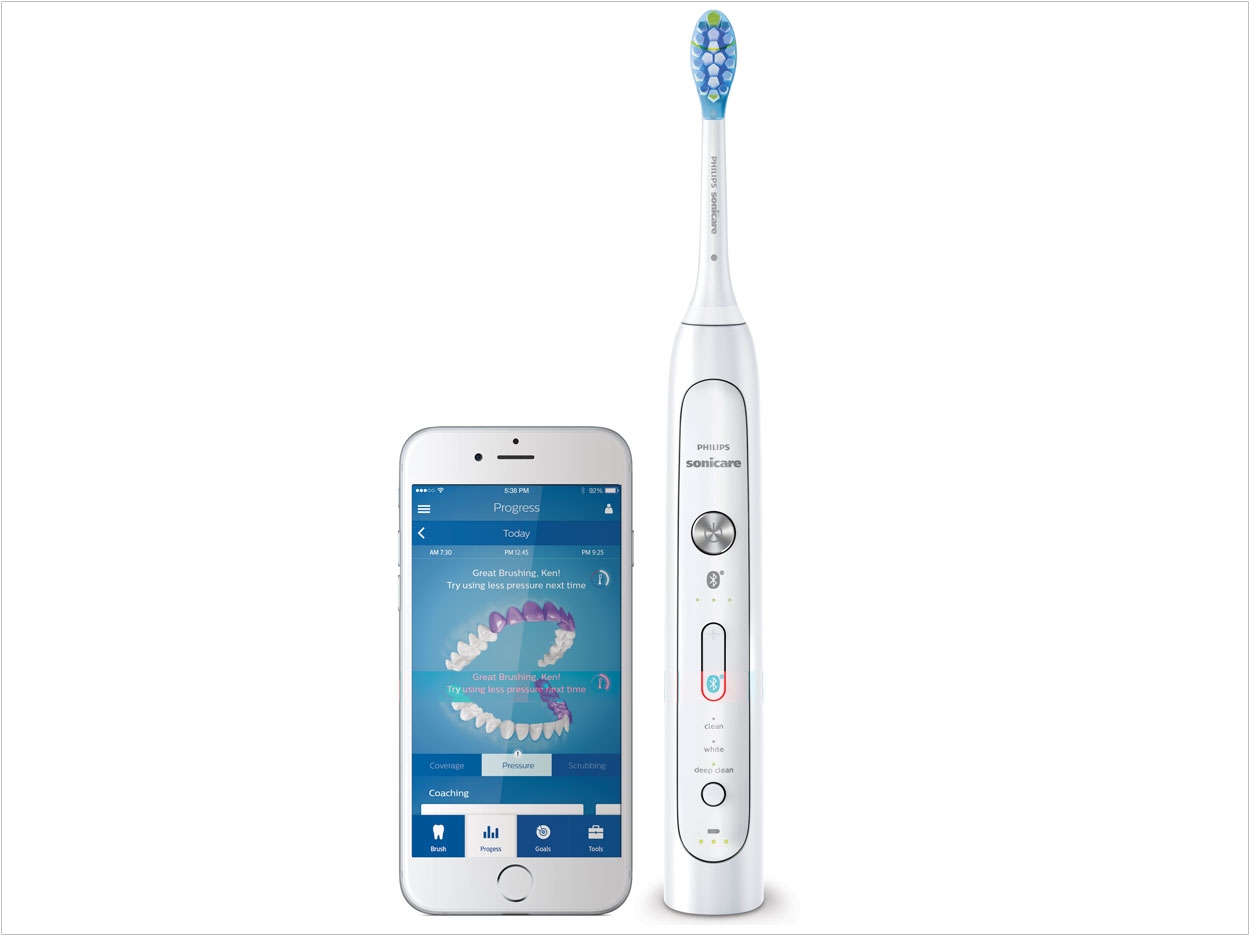 In our connected, fast-paced world, we are seeing a true evolution of healthcare products. Data gathered should be helpful in creating healthier mouths for both the users and the professionals who are analyzing it.

Toothbrushes are the primary home care products our patients use. Ever since Bucky Beaver appeared in Ipana toothpaste TV commercials, we’ve encouraged our patients to brush twice a day and see the dentist twice a year (a proposal created by the commercials, not the dental profession; thus the foundation of our 6-month recalls). We have seen toothbrushes evolve with a variety of bristle and handle designs and the next-generation “power toothbrushes.” In the 1950s, the Squibb Broxodent toothbrush hit the marketplace, and the Interplak made a splash as the first rotary-powered toothbrush, offered in the Sharper Image catalog. Braun/OralB came in with new models, Interplak evolved into Rotadent, and Philips developed the Sonicare line. There are many other companies in this market niche with a variety of designs and claims that we have to carefully examine and evaluate. All make claims of helping patients do the most efficient job of removing plaque and cleaning teeth, but how do we know if they are actually brushing, and if they are, how efficiently?

In our electronic info-world, engineers have added features to existing toothbrushes and created new models. We first saw timers on toothbrushes—especially pediatric models—to make sure users brushed for a specified amount of time. Flashing LEDs and/or sounds guided the brushing, and a few companies added music to accompany the brushing with timed songs. Arm & Hammer Tooth Tunes (armandhammer.com) features music from Kiss and Queen, while BrushBuddies (brushbuddies.com) (Figure 1) features Justin Bieber- and Lady Gaga-voiced singing brushes, and also Shopkins! This at least keeps children in the bathroom for the correct amount of time, but of course they could just be in there being entertained.

Today, Bluetooth as well as GPS have been added to many toothbrushes. They connect to a smartphone or tablet and guide you through an efficient, full-mouth cleaning. These toothbrushes have downloadable apps that vary in the information given and collected, and the variety is quite interesting. Some apps are actually just a timer connected to the toothbrush with a video game guiding the child through the quadrants. Various characters talk to the child and give him or her encouragement as well as incentives to achieve a high score. However, some apps also record the time of day and other information for the parents (or dentist) to review, and the more sophisticated apps can actually sense where in the mouth the toothbrush is and alert the user if too much pressure is being used. In these apps, the user can personally program problem areas, and the dentist—who can be allowed access to the user’s data—can keep tabs on the patient and be sure there is compliance. My question: Has Big Brother now invaded the bathroom?

So we now have another dimension that’s been added to the bathroom brushing routine—bringing your smartphone or tablet in there with you. Companies have responded to this by issuing a variety of devices that hold your smartphone or tablet on the mirror with suction cup holders or pockets. A short list of companies and toothbrushes follows, but note that toothbrush features are changing rapidly, so it is important to check websites not only to see the newest features but also to preview apps. Keep in mind that some of these toothbrushes are more focused on technology and the app than on design and research, so be sure to question manufacturers as you start using and recommending them.

A. Philips (sonicare.com) started with the clinically proven Sonicare for Kids with an interactive BT video game app that gives users a sequence to follow and keeps track of the date, time, and time spent brushing. Recently, the company launched the Philips Sonicare FlexCare Platinum Connected (Figure 2), which not only tracks brushing but also alerts users if they are brushing too fast or too hard. It also gives an map of areas the user has missed. Dental professionals can advise users based on this data.

B. Oral B Bluetooth toothbrushes (oralb.com) (Figure 3) are based on the company’s well-documented power toothbrush designs and also show a sequence directing the user where to brush. The toothbrushes also have a pressure sensor that alerts users who are brushing too hard. The upcoming Genius toothbrush will add even more features, including a camera and position detection using sensors.

C. From Paris comes the Kolibree toothbrush (kolibree.com) (Figure 4), which was one of the first to use a GPS-like device to show where the toothbrush is in the mouth while also tracking progress. The company has just teamed up with the game maker Ubisoft to create a spectacular new app called Rabbids Smart Brush.

D. Beam (beam.dental) takes things a step further; it has partnered with a dental insurance company, and recorded data helps more compliant patients get a better rate on their premiums. The company also offers free brush heads, paste, and floss via an automatic delivery system for insurance subscribers.

E. From Switzerland comes the Rainbow (vigilant.com), a toothbrush that has a gyroscope and “accelerometer” in it to show where the brush is in the mouth. It records areas of the mouth that a child has covered and uses a game app for encouragement.

F. Grush (grushgamer.com) offers a connected toothbrush (Figure 5) with “tooth-to-tooth navigation.” It is accurate with a resolution of up to one tooth and uses advanced, pattern-matching algorithms to achieve this. Grush has the support of Intel, IBM, Unity, and more, and is currently running clinical trials at Harvard to prove its toothbrush’s efficacy.

G. The app for Lifebrush (lifebrush.net) has virtual disclosing solution; users have to remove the red areas to be sure their teeth are clean.

H. A unique item is Playbrush (playbrush.com), which is merely a handle that slips on to the end of a standard toothbrush and transforms it into a Bluetooth device. The accompanying Toothtopia game encourages brushing.

I. A power toothbrush that has recently appeared is the “bare bones” Quip (getquip.com). When you buy this toothbrush, you have the option to include the company’s toothpaste and brush head in addition to toothpaste refills every 3 months at little or no cost depending on the purchase plan.

J. ONVI’s prophix brush (getprophix.com), to be shipped in early 2017, has an intraoral camera in the handle, allowing patients to see and take images of areas of concern.

In our connected, fast-paced world, we are seeing a true evolution of healthcare products. Data gathered should be helpful in creating healthier mouths for both the users and the professionals who are analyzing it. It will also be a lot tougher for children to just stand in the bathroom and run the water for a few minutes, stating they’ve brushed their teeth. Time will tell, but for now, we should take advantage of these technological advances. 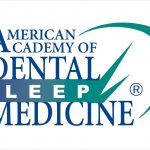 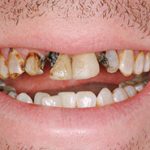