So What’s Eating You? Resorption Case Using an Aesthetic Abutment

INTRODUCTION
One of the great challenges that we face in dentistry is matching a crown to a natural central incisor. There are many factors in shade matching: hue, value, and chroma, as well as cracks or craze lines to reproduce. There are also degrees of translucency or areas of hypocalcification that drive many dentists to do multiple crowns or veneers, instead of a single-unit crown in the anterior, destroying enamel and dentin for the sake of aesthetics.

Now, let’s make this more difficult! One of the most challenging case scenarios to properly execute is an immediate implant in the aesthetic zone. Not only are we dealing with maintaining or shaping tissue, but we are also dealing with an implant that does not match the shape or color of the tooth it’s replacing. By using a combination of technologies, one can achieve an aesthetic outcome more easily and predictably than ever before imagined. In the following patient case, I used GALILEOS (Sirona Dental Systems) imaging and CEREC Guide (Sirona Dental Systems) milled surgical guides, and an IPS e.max (Ivoclar Vivadent) lithium disilicate abutment and crown milled using CEREC 4.2 (Sirona Dental Systems) chairside software.

CASE REPORT
Diagnosis and Treatment Planning
A radiolucent lesion on the maxillary left central incisor (tooth No. 9) (Figure 1) was detected in an anterior periapical radiograph taken during a routine recall appointment. The patient was informed that the tooth would need to be extracted, and an implant and suitable aesthetic restoration would be indicated.

Clinical Protocol
Tooth No. 9 (Figure 2) was extracted with plans to place an immediate implant with an in-office milled (CEREC) temporary crown.

Immediate temporization is widely performed throughout the world, but many dentists in the United States are reluctant to participate in this procedure. When an anterior tooth is extracted, the bone and gingival architecture collapses, leading to a final implant restoration that may appear longer and have dark triangles associated with blunting of the papilla and a flat bony architecture. Initial stability of the implant, with at least 35 Ncm of torque, is required to immediately temporize.

CEREC Guide is a milled surgical guide that can be fabricated in about 30 minutes. The patient was scanned with a CEREC Guide reference body (Figure 3), and the complementing guide sleeve was milled. When planning any anterior implant, I prefer the implant platform to be centered in the cingulum of the tooth to avoid pressure on the buccal plate, and to allow the choice of a screw-retained or cemented restoration based on the retention of the temporary (Figure 4).

After about 30 minutes, the CEREC Guide was fabricated and the initial step in the osteotomy was completed. I start all my immediate implants using a type of lance bur drill (Locator Drill [Implant Direct]). The lance bur is sharp and can easily break through the hard cortical bone of the tooth socket. By using CEREC Guide and the resultant keys (Figure 5), the drill cannot drift or “chatter” when cutting into an angled tooth socket. After the lance, a pilot drill is used. I like to place the Pilot into the osteotomy and look at the direction that the Pilot takes. Like the GALILEOS image, the Pilot drill should be angled in such a way that shows that the resultant implant platform is centered under the cingulum of the future restoration (Figure 6).

After drilling the osteotomy, a Legacy 3 implant (Implant Direct) was placed (Figure 7). A stock zirconia abutment was placed, prepped, and scanned in CEREC. The temporary was milled from an IPS Empress CAD LT (Ivoclar Vivadent) block. When temporizing any implant in the anterior, the clinician must be careful not to put any pressure on the tissue. In this case, we opened all the gingival embrasures and flattened the buccal and lingual contours of the provisional restoration (Figure 8).

After 4 months of healing, the patient would return for the final restoration. I think all dentists go through an evolution in technique choices as they place implants. Most dentists start by placing implants as a 2-stage procedure. Some would argue that this is the safest and most predictable way to get osseointegration. A 2-stage implant procedure means that the implant was placed, primary closure over the implant was achieved, and then a second surgery was performed to access the implant. The problem is, after the implant is exposed, a temporary or a healing abutment must now be used to shape the tissue over the course of a few weeks. By shaping the tissue during healing after the implant is placed, the implant would be ready to restore earlier and the tissue would have 4 months to mature. In this case, we modified the cemented temporary by drilling into the cingulum of the temporary and “converting” it into a screw-retained prosthesis (Figure 9). The tissue profile could then be used to assist with the design of the emergence profile of the new abutment and crown in the CEREC software (Figure 10).

After a period of 4 months, the patient returned for the final restoration. It was determined that an e.max abutment and crown would yield the best aesthetic outcome. The soft tissue and a TSV 3.5-mm Scan Post (Sirona Dental Systems) were scanned (Figure 11). Scanning intraorally eliminates the need for implant impressions that may be problematic due to the insertion of lab analogs and contraction of vinyl polysiloxane impression material. The restoration was designed in CEREC 4.2 chairside software and milled as 2 restorations, an e.max abutment and a separate e.max crown. The blue nonsintered abutment framework was tried in the mouth over a 3.5-mm platform TiBase TSV (Figure 12).

Without a doubt, there will be a huge paradigm shift in the way we view implant restorations once e.max abutments and screw-retained crowns become widespread in dentistry. Zirconia abutments have been our default method as an aesthetic abutment but have one limitation—they lack translucency (Figure 13). Even the TZI (translucent zirconia) block is not close to the level of aesthetics one can achieve with the e.max lithium silicate block. Another benefit of using lithium disilicate over zirconia is that one can have a supragingival abutment margin without an aesthetic compromise (Figure 14).

The abutment was tried in and torqued to 30 Ncm with a Multi Torque Wrench (Implant Direct) (Figure 15). I like to progressively torque my abutment screws. We know that abutment screws stay tight by 2 methods: metal is malleable, and when a screw is tightened, it slightly deforms when locking it in; we can also get cold welding when metal slightly fuses when placed under stress or strain. I torque my abutment screw at 20 Ncm, wait about 5 minutes, then torque to 25, wait a few more minutes, then finally torque at 30 Ncm. The crown was cemented with resin cement (Multilink [Ivoclar Vivadent]) and the patient returned in 2 weeks for the delivery of a new nightguard. The tissue around the crown was very healthy due to the patient’s excellent oral hygiene (Figures 16 and 17).

CLOSING COMMENTS
Dentists have been placing implants for a long time now. Throughout various social media outlets, I am constantly asked, “I have had success placing and restoring implants, so why should I use so many gadgets and gizmos?” By utilizing the latest technologies (such as CEREC and GALILEOS) and incorporating the latest and most aesthetic dental materials (such as the e.max lithium disilicate abutment block), the clinician can consistently place and deliver implant-supported restorations that look natural. By using the latest in CBCT and CAD/CAM technology, implants can be placed with the safety and precision of a surgical guide, chairside. Furthermore, using these up-to-date technologies and materials help to remove the anxiety that often comes with placing and restoring implants in the anterior, making it a very exciting time to be an implantologist!

Dr. de Oliveira graduated from dental school in 1997 from the University of Washington and completed his general practice residency in Los Angeles in 1998. He practices general dentistry in Los Angeles and is co-founder of Digital Enamel, an online digital dental magazine (digitalenamel.com) and Implants Made Easy (implantsmadeeasy.com). When he became a CEREC basic trainer in 2004, he also began lecturing on 3-D technology. He has since written 2 books on implantology, has been involved with beta testing Sirona’s Sidexis program, and has moderated both the implantology and mini implant forums for dentaltown.com. He also lectures nationwide on the GALILEOS CB system and guided implant surgery. He can be reached via email at augustdds@gmail.com. 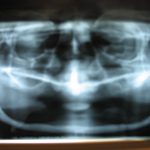 Next post Leveraging Technology for Productivity and Best Outcomes
0 Shares