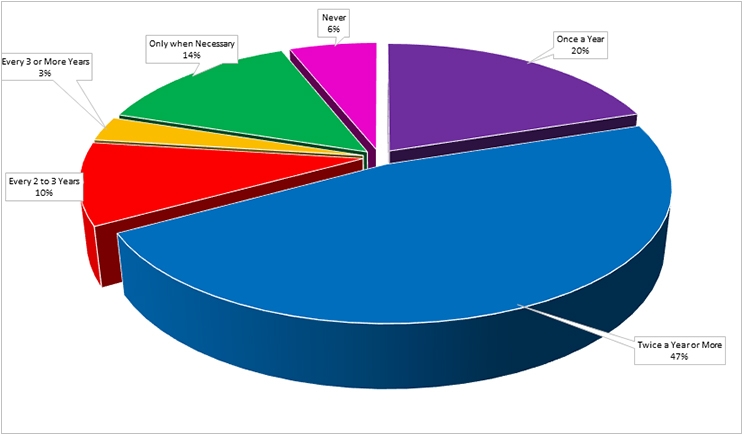 Oral cancer is on the rise. Claim lines with an oral cancer diagnosis increased 61% from 2011 to 2015, according to data from the FAIR Health repository of over 21 billion privately billed medical and dental claims. The greatest increase occurred in throat cancer (malignant neoplasm of the nasopharynx, hypopharynx, and oropharynx) and the second greatest in tongue cancer (malignant neoplasm of the tongue).

Oral cancer is the eighth most commonly occurring cancer in males and has a high death rate. The American Cancer Society (ACS) estimates that approximately 48,330 Americans will get cancer of the oral cavity or pharynx (throat) in 2016 and that approximately 9,570 people will die of the disease.

Oral cancer is much more common among men than women. According to our data, in the period 2011-2015, oral cancer claims occurred nearly 3 times as often in males (74%) as in females (26%). During that period, tongue and throat cancers in particular were more likely to occur in men than women. Men and women were more similar in their chances of developing an oral tumor that was benign but could become cancerous (neoplasm of uncertain behavior—oral) and gum cancer (malignant neoplasm of the gums).

Tobacco use in any form is a principal risk factor for oral cancer, according to the ACS. That includes smoked tobacco in the form of cigarettes, cigars and pipes, and smokeless tobacco in the form of chewing tobacco and snuff. Excessive alcohol use and human papillomavirus (HPV) infection also are risk factors. Rising oral cancer rates may be linked to the increased use of smokeless tobacco and increased exposure to HPV.

The ACS reports that the 5-year relative survival rate for people with oral cancer is 63%—that is, the percentage of people who are alive 5 years after an oral cancer diagnosis divided by the percentage expected to be alive based on normal life expectancy in the absence of cancer. That survival rate is lower than the rate for all cancers (69%). Yet when oral cancer is diagnosed at the local stage, before it has spread elsewhere in the body, 5-year survival is much higher, at 83%. Unfortunately, less than a third of cases are diagnosed at an early stage.

The ADA suggests that dentists perform oral cancer screenings during routine dental checkups, particularly in patients who use tobacco or consume alcohol heavily. But, FAIR Health data in the period 2011-2015 show that adult males—the age and gender group most likely to develop oral cancer—were much less likely than adult females to go to the dentist for preventive examinations and cleanings. The gender gap grows smaller as people age. Among individuals over age 65 years, 47% of men and 53% of women received preventive exams and cleanings.

In general, many Americans visit the dentist less frequently than is recommended. According to a national survey commissioned by FAIR Health and conducted by ORC International in 2015, a third of respondents do not see a dentist once or twice a year (see the figure).

In what may be a sign of decreasing attention to dental care, emergency department visits for two CPT1 codes—99284, ED visit, high/urgent severity, and 99285, ED visit, high severity and life-threatening—that are associated with dental diagnoses have been rising in recent years, according to FAIR Health data. That may be a sign that people are postponing dental care until the last minute.

Despite these findings, it appears that more attention is being paid now to oral cancer screenings. According to FAIR Health data, occurrences of codes for two dental procedures associated with oral cancer screenings have been rising in recent years: CDT codes D0431, an adjunctive pre-diagnostic test, and D7287, exfoliative cytological sample collection (obtaining cells for microscopic study).2

We hope these findings stimulate further research and consideration regarding oral cancer.

Robin Gelburd, JD, president of FAIR Health, has published numerous articles on topics such as data analytics, healthcare cost transparency and clarity, the New York consumer protection law, and consumer preferences. Prior to her role at FAIR Health, she served for 8 years as general counsel of a medical research foundation comprising approximately 30 premier academic medical centers, hospitals, and research institutions in New York. During her tenure at this consortium, she also was appointed chairperson of New Yorkers for the Advancement of Medical Research, which she helped found in 2003. Previously, she was a health law partner at Kalkines, Arky, Zall & Bernstein (now Manatt, Phelps & Phillips). Earlier, she worked as a litigation and corporate associate at the international law firm of Morrison & Foerster. She began her legal career as a federal appellate law clerk to the Honorable Francis D. Murnaghan, Jr. from the Court of Appeals, 4th Circuit. 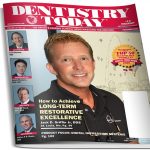 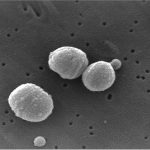