Report Ranks States With the Best and Worst Oral Health 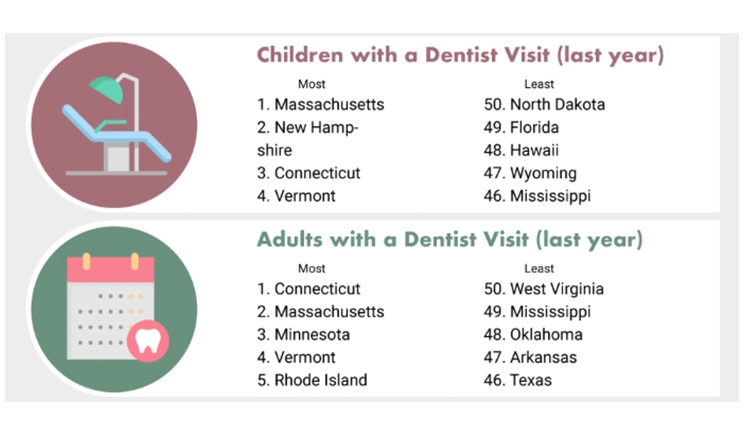 Dental care continues to vary depending on where you live, as toothbrush.org has released its 2018 report of the states with the best and worst oral health. The advocacy group reports that Minnesota has the best oral health in the United States, followed by Connecticut, Illinois, Massachusetts, and Michigan. Arkansas has the worst oral health, preceded by Louisiana, Montana, Mississippi, and West Virginia.

Using data from the Centers for Disease Control and Prevention, the ADA, the United States Census, and other sources, toothbrush.org evaluated each state based on 20 different metrics including overall condition of mouth and teeth, pain due to oral health, adolescents with cavities, dentists per capita, smokers per capita, fluoridated water, Medicaid dental benefits, State Oral Health Plans, and the Oral Health Knowledge Index.

According to the report, one in four Americans lacks dental coverage, and this lack is part of the reason why dental insurance is perceived as the least affordable healthcare service. Also, two thirds of those who haven’t been to the dentist in a year cite expensive dental costs as the reason why. Meanwhile, 36% of Americans aren’t receiving preventive dental care. And while 77% of adults say they plan on visiting the dentist in the next year, only a third do so.

Massachusetts led the nation in the number of children who visited a dentist in the previous year, followed by New Hampshire, Connecticut, and Vermont. Connecticut led in the number of adults who had visited a dentist, followed by Massachusetts, Minnesota, Vermont, and Rhode Island. North Dakota came in last among children who had visited the dentist, and West Virginia was last for adults.

People who have access to fluoridated water have a better chance of avoiding tooth decay. However, 25% of Americans don’t live in areas where it is available. Kentucky led the nation in the percentage of residents receiving fluoridated water, with Minnesota, Illinois, North Dakota, and Maryland rounding out the top five. Hawaii was last, preceded by New Jersey, Oregon, Idaho, and Montana.

Toothbrush.org is particularly concerned with the role that preventive care can have in preventing more invasive treatment and other systemic health and quality of life issues. While routine checkups may cost between $100 and $200, for example, fillings cost between $150 and $450 per tooth, and root canals and crowns can total up to $2,500, significantly impacting families who already face financial challenges.

Due to poor oral health, 54% of people have reported difficulties chewing or eating, 41% have avoided smiling, 36% have experienced anxiety, 25% have had difficulties with usual activities, and 18% have found it harder to interview for a job. Gum disease can increase the risk of a heart attack by 28%, the group notes. Endocarditis, diabetes, stroke, and pregnancy complications are possible as well.

Looking ahead, toothbrush.org believes this data may be useful in crafting policy and treatment that will improve oral health across the nation. Such data is essential in any care but difficult to come by, according to DentalCodeology series author Patti DiGangi, RDH.

“The report mentions the metrics used to compile the data, and that is exactly what is needed so much more in dentistry. Our current metrics of what happens in clinical practice are based on what is submitted for third-party reimbursement,” said DiGangi.

“The problem is most practices learned codes by picking up information here and there, rather than any specific training. There are many codes available that aren’t used. The use of codes should be based on the treatment provided, not what is covered under a plan. The way codes are used create metrics. Whether these metrics are accurate is another question,” said DiGangi.

Meanwhile, other dental professionals believe that patients themselves can play a greater role in preserving their oral health, noting that the report described how children from low-income families are more likely to have unmet dental needs but are less likely to receive any type of dental care.

“The vast majority of Medicaid-eligible children reside within 15 minutes of a dental Medicaid provider, according to ADA studies. Yet this vulnerable population is still underserved. Perhaps it’s well past time to stop the blame game of pointing fingers at the dental profession. Perhaps responsible problem solving involves abandonment of political correctness and examination of the true source of problems with disadvantaged children.”

Minnesota Has the Best Oral Health; Mississippi Has the Worst 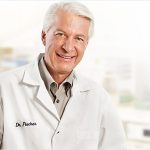 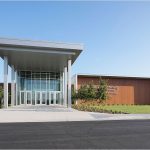