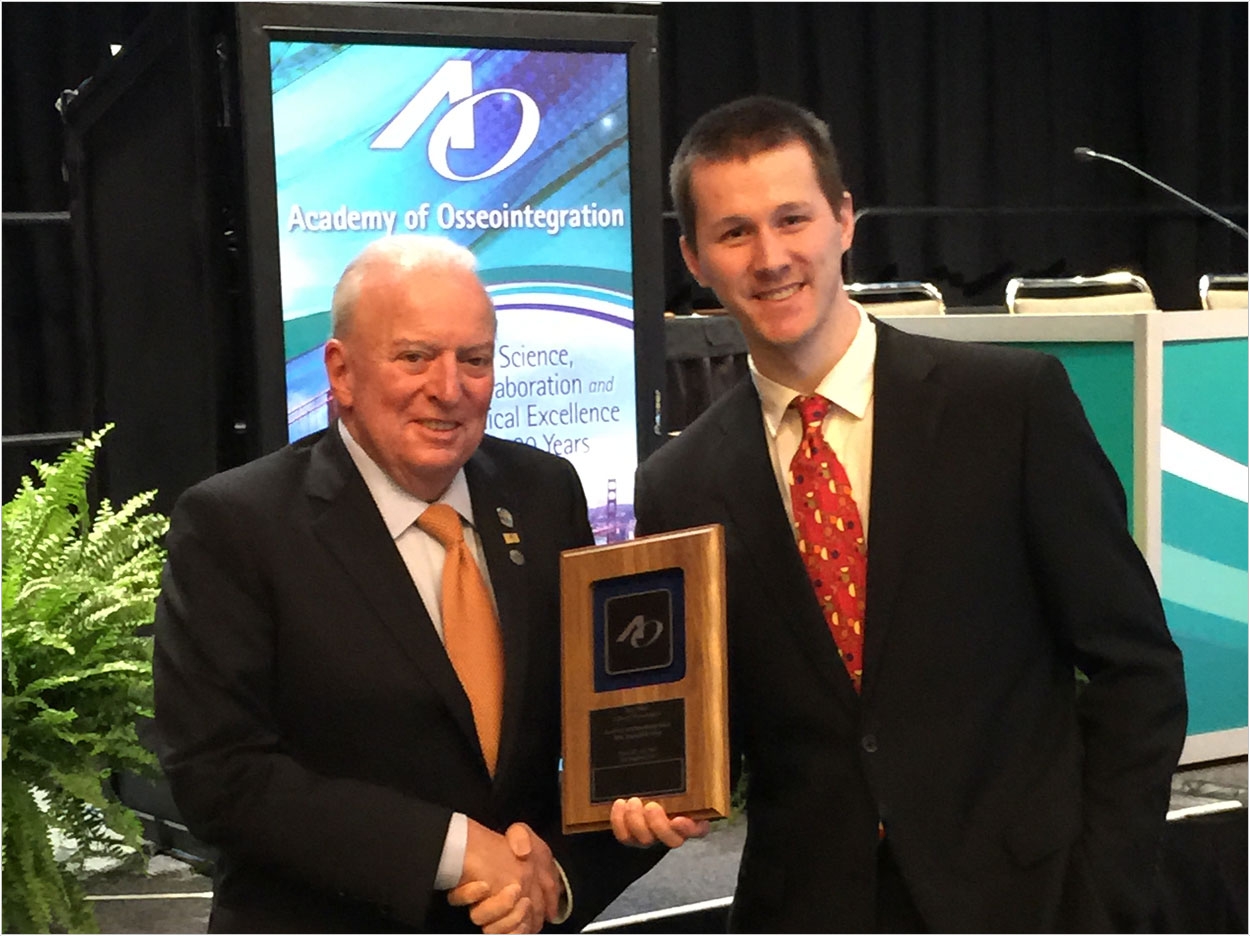 An electronic poster presentation featuring BIOMET 3i custom implants and carefully documenting the anchorage of bone to implant surfaces, conducted by Robert Liddell, Niloufar Khosravi, Elnaz Ajami, and J.E. Davies has taken first place at the 30th Annual meeting of the Academy of Osseointegration.
The poster entitled, “A New Parameter to Assess the Osseointegration Potential of an Implant Surface” is the culmination of animal experiments involving 244 surgical procedures over a period of three months with a post-op follow up period of up to six months. The researchers used micro- and nano-surfaced implants and measured the force to remove the implant from bone over a range of time points. By fitting their data to curves according to a mathematical equation formulated by Liddell, they arrived at a unique parameter that provides the rate of osseointegration—and thus the osseointegration potential of the implant.**
The new parameter, which they called “Tau”, represents a true breakthrough in the understanding of the role played by the implant surface in the mechanisms of osseointegration, since it determines the rate of osseointegration and allows the performance of different implant surfaces to be compared.
In the study, the custom made 3i T3® implants with DCD® demonstrated significantly faster early osseointegration when compared to micro-surfaced implants. However, the longer-term osseointegration results of both implant surface designs showed similar results, as is reported clinically.
“Now we have a mathematical parameter that allows us to compare the osseointegration potential of different implant surfaces,” Davies said. “This approach is clinically relevant and, for the first time, provides insight into the biologic significance of implant surface design.”
The poster can be found at the following link: https://ao2015.sessionupload.com/ePosters/PosterViewer?r=NTk5Ng== 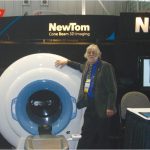 Previous post In the Beginning: A Look at the Genesis of CT Scanning 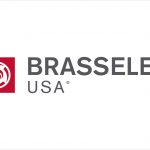