A dentist in Woodlands, Texas, Richard A. Wilson, DDS faced a claim against him as a former “owner” of a dental practice under the auspices of Affordable Care, LLC. Only one of the potential hazards of DSO practice ownership.

Although Dr. Wilson resides and practices in Texas, Affordable’s petition for judgement was filed with the US district court in North Carolina.

Affordable Care, LLC is no stranger to litigation with former alleged practice owners.

The specific merits of each of these legal actions are beyond the scope of this article. However, each of these court actions represents a “David versus Goliath” struggle for the doctors involved. Each doctor invests incalculable amounts of time, effort, stress, and money into the litigation process. 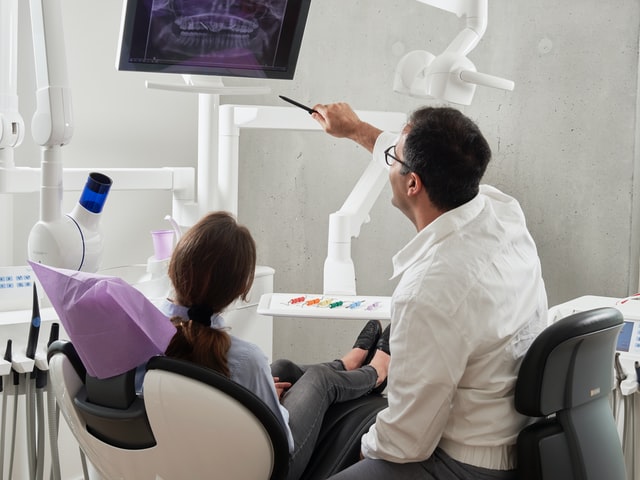 Read on for more from Dr. Michael W. Davis on the potential hazards of DSO practice ownership.

The relationship between doctor/owner and the dental support organization (DSO) is primarily spelled out in a service agreement.

Numbers of these service agreements are deceitful contracts designed to mask practice ownership by an unlicensed entity, be it a non-dentist individual, a DSO, or private equity ownership of the DSO. A landmark legal precedent was set by the ruling in the US Fifth Circuit Appellate Court 07-30430.

“As written, the BSAs create an interlocking set of obligations that required OCA (the orthodontic DSO) to exercise considerable control over the Orthodontists’ practices. For instance, OCA conducted the financial and marketing activity of the practices, and it maintained the facilities, equipment, and support personnel required to operate the practices. The BSAs also stipulated how much each Orthodontist was required to work, and greatly restricted their ability to perform services outside of the BSAs. In exchange for these services, OCA charged a fee that was tied to the profits of the practices. The BSAs provided little to no ability for the Orthodontists to oversee any of OCA’s decisions related to their practice. Ultimately, the Orthodontists were essentially only left with control over diagnosing and treating their patients. Accordingly, the subject matter of the No. 07-30430 17 agreement runs afoul of section 251.003(a)(4)’s prohibition of unlicensed persons from owning, operating, or maintaining a premises at which those persons also employ or engage another person to practice dentistry.”

Others allege service agreements between “owner” doctors and a management company are to conceal a franchise agreement, or an unlawful attempt at “fee sharing” (a/k/a fee-splitting), as was recently alleged by the Commonwealth of Massachusetts against Aspen Dental Management, Inc.

Oftentimes dentists are willingly complicit in masking corporate ownership and control of dental practices. In the case of the today-defunct Small Smiles Dental,  one Tennessee doctor was paid $30,000 annually, to allegedly front bogus ownership for over 30 dental clinics.

He admitted at his legal deposition, he never visited the majority of facilities, which he allegedly owned.

Another doctor/owner was completely ignorant on how her clinics were financed.

She paid under $1,000 to purchase each dental practice.

She honestly stated under oath at her deposition, that she “worked for the management company” (which is unlicensed for the practice of dentistry).

She was clueless as to whom hired the management company, which operated “her” dental practices. As alleged owner, the dentist was bonused on practice income, which was paid by the DSO (fee-splitting), as well as a production bonus system established not by a doctor, but the DSO. The monthly DSO’s management service fee was set high enough, to eat up all the clinics’ revenues and profits. The DSO regularly swept the clinics’ bank accounts, which also placed the DSO in beneficial ownership of “her” dental practices.

Further, it is common for the DSO to facilitate the sham transfer of the pretend asset of a dental practice, from one doctor to another doctor. At least one major DSO allegedly facilitates this bogus asset reassignment for the total cost of $1.00 between dentists.

Yet another deposition of a nominal owner dentist clearly demonstrated profound ignorance of dental practice ownership.

He did not know how much income “his” practices generated, or how much “his” associate dentists were paid.

He eventually admitted in testimony, he was an employee for the management company.

Another mechanism for hiding DSO dental clinic ownership is by retaining DSO corporate officers, who are licensed dentists in multiple states. The DSO allegedly assigns these company officers to function as sham clinic owners, for their chain of healthcare facilities.

Often, any assertion in BSA agreements, that the entity of the clinic’s professional corporation (PC) and the entity of the DSO have a relationship of “independent contractors” (common contract terminology) is laughably absurd. Both entities are often conjoined. The PC is a subordinate company to a parent company (the DSO). Frequently, the PC is nothing more than an empty shell company, with no tangible assets, under extensive control of the master-company (the DSO).

In this example, the DSO may assign dentists as practice owners. These doctors may or may not actually work at the clinics they allegedly own. The owner/doctors may own minority interest in the DSO, which beneficially owns the clinics.

The doctors may be granted greater autonomy within the beneficial owning DSO, for clinical decision making, as long as production goals are met.

Doctors may benefit with what amounts to a degree of company profit-sharing. Doctors may also benefit financially, in the event of a corporate rollover when the DSO is acquired from the portfolio of one private equity firm into another. Doctors who cannot generate dollar production at levels set by the DSO and private equity directors are usually forced out.

The potential downside is that minority stakeholders in privately held companies lack protections and disclosures required under rules of the US Security and Exchange Commission (SEC). Terms, value, and timing of stock trades may be determined not by an open trading market, but at the discretion of majority shareholders or DSO company directors.

This is far less true for privately traded companies.

This model of DSO affiliation usually affords doctors a higher degree of freedom from unlicensed entities. Issues of fee-splitting, unlawful facilitation of the unlicensed practice of dentistry, and lack of independence with the doctor/patient relationship (contract) are largely circumvented.

This particular DSO model may exist in early startup companies. Another relatively large DSO markets their company as “maintaining an employee-owned model.”

“We are completely employee owned.”

The Academy of General Dentistry has highlighted several features of a dentist owned and operated practice (DDSO).

Younger dentists in our modern era are often under incredible financial student debt burdens. They may lack fiscal resources to purchase or buy into a practice. Older dentists may face burnout from private clinical practice and seek alternative employment options. Numbers of dentists may legitimately own their private practice and wish to cash-out some, or all of the equity they’ve built. Doctors from each of these groups may seek practice ownership under the umbrella of the DSO industry.

However, what exactly does practice ownership really mean within any particular DSO? There exist inherent risks depending on the structure of the management agreements. Some DSOs operate more favorably with doctors, and within legal statutes. Yet other ownership agreements are deceptions, which can land one in a world of hurt.

Your skills and training are best designed in service to patients.

You are not trained in law or in business operating structures, nor do you retain the expert legal training required to sort through the DSO industry. Prior to agreeing to enter into an “ownership” position with a DSO, one must know exactly what is before you. You require legal counsel expert, in this unique aspect of dental law. Do not go it alone.

In this article, you have been provided links demonstrating alleged owner/dentists in the hotseat of legal testimony.

You have been provided links to legal pleadings between large DSOs and individual “owner” dentists.

My consulting work with accompanying nondisclosure agreements precludes me from sharing most witness deposition testimony. Imagine oneself being deposed for a child’s death or patient injury including brain damage, which occurred in a clinic which you allegedly owned and supervised.

Imagine your alleged associate doctors operating with gross negligence, and treatment below standard of care, which you had no true authority to control. Imagine “owning” a clinic which lacked basic patient protections, in order for management to cut operating overhead costs.

The biggest price these doctors all paid for “practice ownership” beyond money and time, was in stomach and heart lining. Dentistry is challenging enough, without adding such brutal headaches. Some “owner” dentists will never fully recover emotionally from their past experiences.

Remember, not all DSOs and DSO contracts are the same. Do your homework. Retain the best specialty dental legal counsel possible for contract review and negotiation.

One cannot trust a director of a DSO, simply because you are duck hunting buddies, as was demonstrated in one of the deposition videos previously.

You must retain your own attorney, who represents strictly your unique interests. 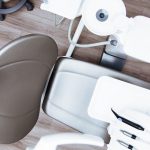 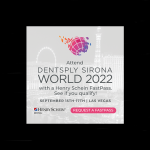