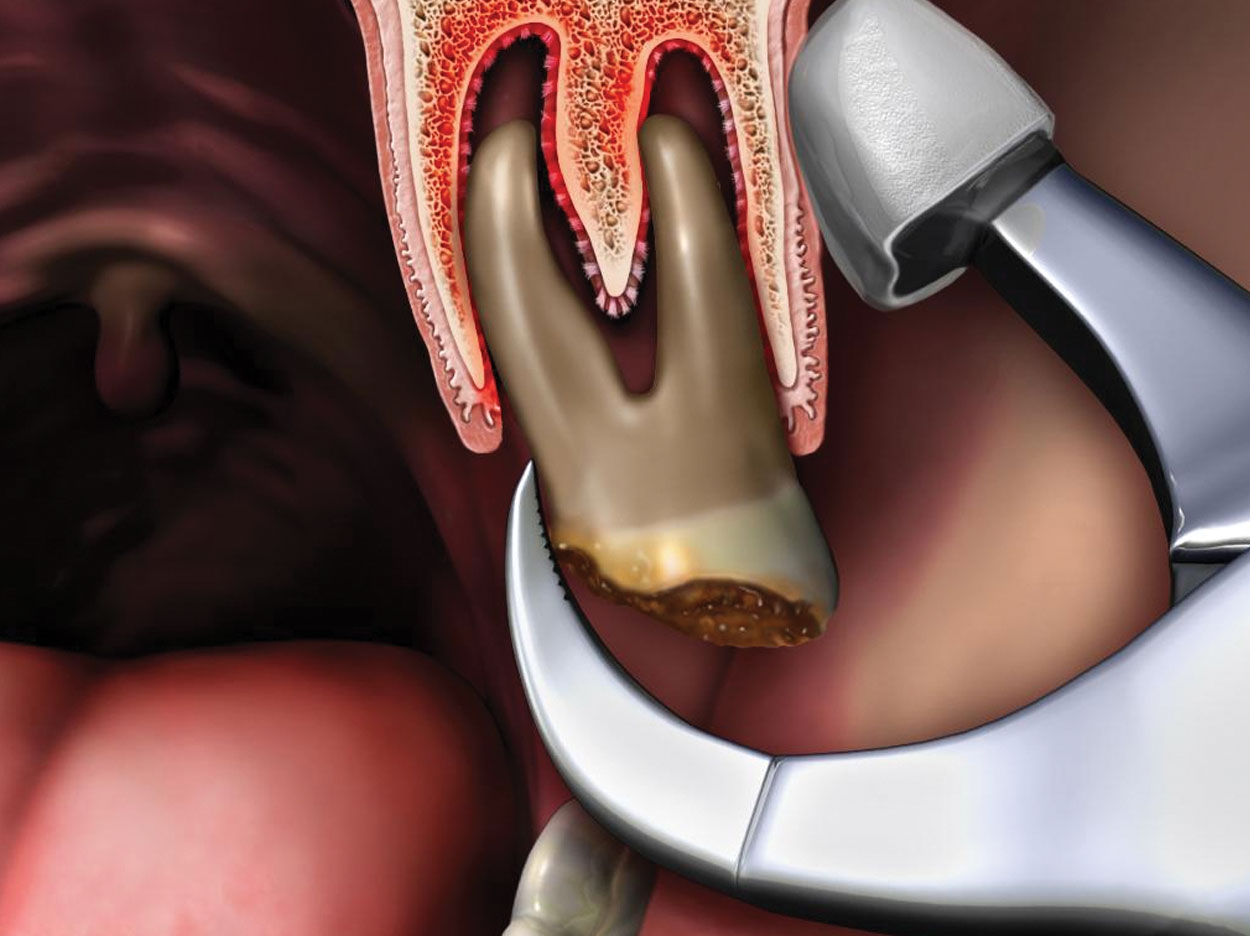 Extractions can be stressful for the patient and practitioner. This becomes especially true when the tooth being extracted has significant coronal breakdown, making it more difficult to grasp with traditional forceps. Traditional forceps also require significant hand force to extract the tooth and there is potential for fracture of the surrounding socket walls.
The Physics Forceps (Directa Dental) consist of a set of 4 forceps (Standard series) or 2 forceps (Molar series). Both sets of instruments comprise forceps with a beak on one of the terminal ends of the instrument and a wide round tip on the other terminal end (the “bumper”). A soft bumper guard (green for the standard and yellow for the molar set) is placed on the bumper to cushion the soft tissue it will contact. The standard series consists of an instrument for use in the maxillary anterior (GMX 100UA) (Figure 1), upper right (GMX 100UR) (Figure 2), upper left (GMX 100UL) (Figure 3), and a universal lower forceps (GMX 200LU) (Figure 4).

The instruments were designed to use fulcrum mechanics to decrease the force needed to extract a tooth. This takes advantage of the fact that the palatal/lingual bone is denser than the buccal/facial and its crest is more coronal. The forceps beak is positioned on the lingual as apically as possible, with the bumper guard positioned on the buccal soft tissue on the lateral aspect of the ridge to create a first-class lever. A rotational motion is used to expand the socket around the tooth atraumatically, which then continues to displace the tooth in a buccal direction while preserving the buccal bone. The rotational motion with the fulcrum magnifies force placed in the tooth, decreasing the force needed by the practitioner. The process is gentler on the delicate buccal crestal bone with less potential for osseous fracture that can complicate subsequent treatment in that area.
The Technique
Following application of local anesthetic and sufficient time for anesthesia to occur, the periodontal ligament (PDL) is detached circumferentially from the tooth with a periotome such as the Luxator Dual Edge periotome or Luxator Titanium periotome (Directa Dental). Luxator Periotomes are designed for soft-tissue detachment from the tooth and initial widening of the PDL, due to their thin tips not being designed to be used as an elevator.
Once the PDL is partially detached, the appropriate Physics Forceps, based on the tooth being extracted, is positioned with the beak positioned on the lingual as apically as possible while remaining supracrestal on the root. The bumper guard is then positioned on the buccal or facial lateral aspect of ridge on the soft tissue and gentle pressure is exerted to position the forceps closed without squeezing (Figure 5a). Excessive pressure with the forceps should be avoided to prevent injury to the soft tissue under the bumper guard. The Physics Forceps are then rotated a few millimeters buccally using the positioned bumper guard as the fulcrum point. The forceps are held in this position for approximately 10 to 20 seconds and then repeated with a constant steady pressure in a buccal-only direction approximately 2 times until the tooth moves 1 to 3 mm (Figures 5b and 5c). Once the tooth moves 1 to 3 mm, you should deliver the tooth with a conventional instrument (eg, 150, 151, or hemostat) from the socket site. Remember the Physics Forceps are really “lingual elevators” and not forceps.
Multi-rooted, lower teeth with significant coronal breakdown can be extracted with the Physics Forceps. But it is recommended to section the tooth through the furcation into separate roots. The individual roots are then extracted individually with the forceps to complete the extraction. This is only necessary with divergent lower molars.
For more information, call Directa Dental at (203) 491-2273 or visit directadental.com.

Dr. Kurtzman is in private general practice in Silver Spring, Md. He has earned Fellowships in the AGD, the American Academy of Implant Prosthodontics, the American College of Dentists, the International Congress of Oral Implantologists (ICOI), the Pierre Fauchard Academy, and the Association of Dental Implantology. He can be reached via email at  dr_kurtzman@maryland-implants.com. 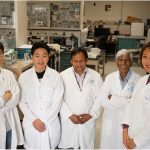 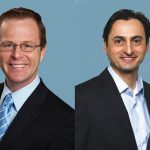 Next post CDA Presents Returns to Anaheim in May
0 Shares

They've come together for a project meant to expand access of care: “Bolt Labs, powered by SprintRay”