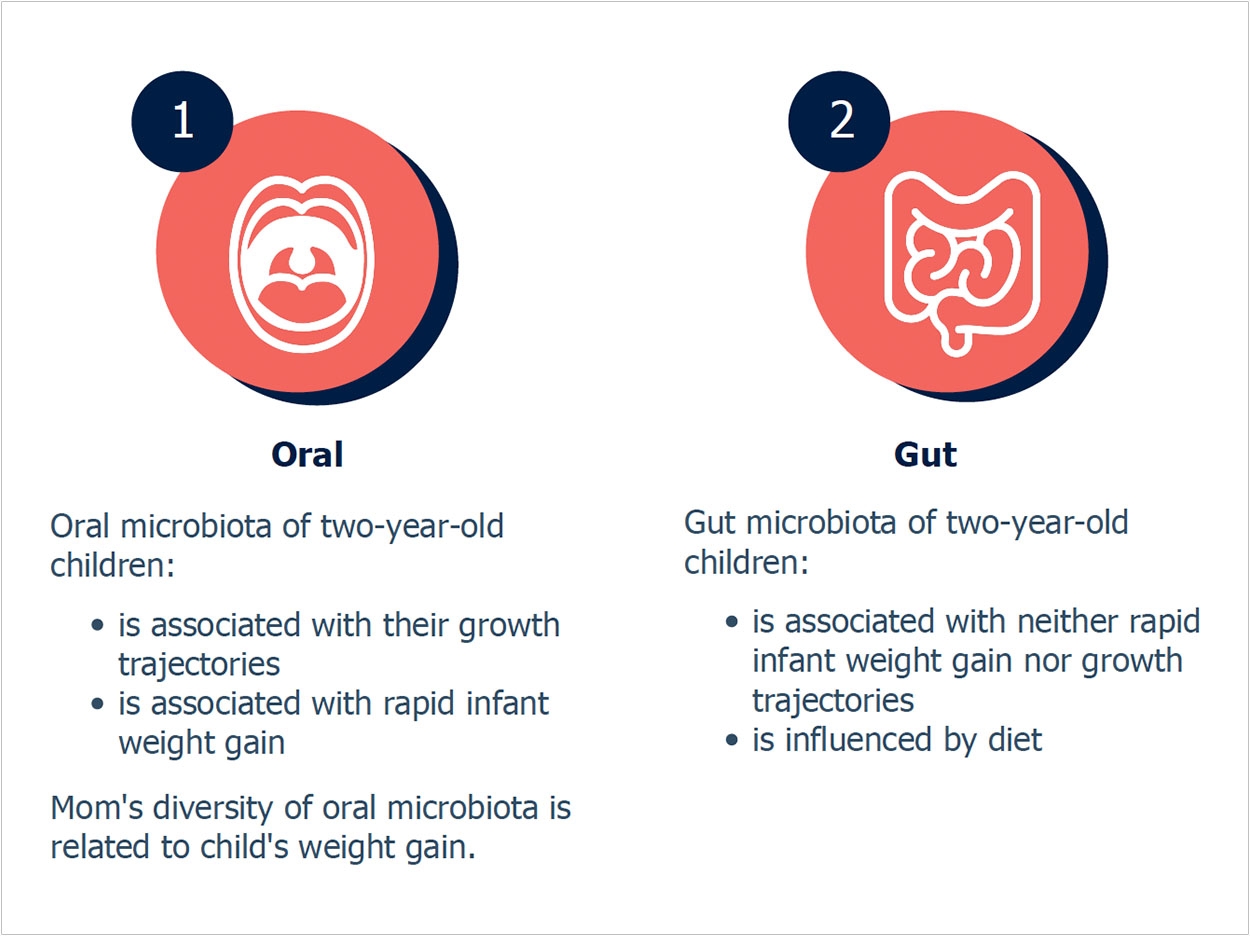 Weight gain trajectories in early childhood are related to the composition of oral bacteria in two-year-old children, according to researchers at Penn State University, who note that this understudied aspect of a child’s microbiota could serve as an early indicator for childhood obesity.

“One in three children in the United States is overweight or obese,” said Kateryna Makova, PhD, Pentz Professor of Biology at Penn State and senior author. “If we can find early indicators of obesity in young children, we can help parents and physicians take preventive measures.”

The study is part of a larger project with researchers and clinicians at the Penn State Milton S. Hersey Medical Center called INSIGHT, which includes nearly 300 children and tests whether a responsive parenting intervention during a child’s early life can prevent the development of obesity. It is also designed to identify biological and social risk factors for obesity.

“In this study, we show that a child’s oral microbiota at two years of age is related to their weight gain over their first two years after birth,” said Makova.

Microbiota shift as diets change and can vary greatly among individuals. Variation in gut microbiota has been linked to obesity in some adults and adolescents, but the potential relationship between oral microbiota and weight gain in children had not been explored prior to this study.

The oral microbiota is usually studied in relation to periodontal disease, and periodontal disease has in some cases been linked to obesity,” said Sarah Craig, a postdoctoral scholar in biology at Penn State and first author of the study.

“Here we explored any potential direct associations between the oral microbiota and child weight gain. Rather than simply noting whether a child was overweight at the age of two, we used growth curves from their first two years after birth, which provides a more complete picture of how the child is growing,” said Craig.

“This approach is highly innovative for a study of this kind and gives greater statistical power to direct relationships. The novel statistical techniques we utilized belong to the field of Functional Data Analysis and were pioneered by the statisticians in our group,” said Craig.

Among 226 children from central Pennsylvania, the oral microbiota of those with rapid infant weight gain—a strong risk factor for childhood obesity—was less diverse, meaning it contained fewer groups of bacteria. These children also had a higher ratio of Firmicutes to Bacteroidetes, two of the most common bacteria groups found in the human microbiota.

“A healthy person usually has a lot of different bacteria within their gut microbiota. This high diversity helps protect against inflammation or harmful bacteria and is important for the stability of digestion in the face of changes to diet or environment,” said Craig.

“There’s also a certain balance of these two common bacteria groups, Firmicutes and Bacteroidetes, that tends to work best under normal healthy conditions, and disruptions to that balance could lead to dysregulation in digestion,” Craig said.

Lower diversity and higher Firmicutes to Bacteroidetes ratio in gut microbiota are sometimes observed as a characteristic of adults and adolescents with obesity. But the researchers did not see a relationship of weight gain with either of these measures in gut microbiota of two-year-olds, suggesting that the gut microbiota may not be completely established at that age and may still be undergoing many changes.

“There are usually dramatic changes to an individual’s microbiota as they develop during early childhood. Our results suggest that signatures of obesity may be established earlier in oral microbiota than in gut microbiota,” said Makova.

“If we can confirm this in other groups of children outside of Pennsylvania, we may be able to develop a test of oral microbiota that could be used in clinical care to identify children who are at risk for developing obesity. This is particularly exciting because oral samples are easier to obtain than those from the gut, which require fecal samples,” said Makova.

“It could be a simple explanation like a shared diet or genetics, but it might also be related to obesity. We don’t know for sure yet, but if there is an oral microbiome signature linked to the dynamics of weight gain in early childhood, there is a particular urgency to understand it,” said Makova.

“Now we are using additional techniques to look at specific species of bacteria, rather than larger taxonomic groups of bacteria, in both the mothers and children to see whether specific bacteria species influence weight gain and the risk of obesity,” Makova said. 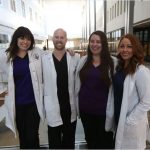 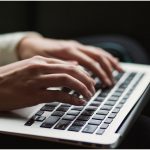