NUTRITIONAL STATUS
The overlooked (or possibly ignored?) understanding is that whatever happens invasively and noninvasively causes the body to respond, and that response is always a reflection of the body’s nutritional status. Poor systemic health, lowered immune defenses, allergic reactions and, of course, that catch-all phrase host response are usually mentioned as etiologic factors yet they are nothing more than euphemisms for the same thing: the body’s nutritional status, because everything that happens in the body is influenced or determined by that.

Nutritional status (aka, nutritional strength) indicates the body’s ability to function well and to be able to fend off any negative effects of stress.

Whether the reaction is in the brain, the mouth, or the leg; whether it’s pain, hunger, pleasure, surprise, or anger; whether it’s swelling or the shutdown of body systems; it’s happening because of biochemical reactions and all such reactions are based on the gestalt of the many factors that determine such things.

Viscosity of interstitial fluids, pH of the environment, the actual molecules that are present to participate, and other factors, all contribute by either allowing the biochemical reactions to occur as designed or to hinder the process. If the proper biochemicals are not in the right place, at the right time, and in the proper amounts, or if the wrong ones are, then the bodily systems will malfunction to one degree or another.

Genetics, on a practical basis, is too remote and uncontrollable a factor and a genetic propensity for something to happen does not have to become a biologic reality. We now often hear that type 2 diabetes is epidemic in the United States and that there appears to be a familial characteristic. We also hear that obesity is also on the rapid rise and the 2 afflictions are raging out of control. It’s the same affliction, a biochemical malfunctioning, but showing itself differently. There’s a familial link because people in the same household usually eat similarly. We are what we eat, and also what we do not eat.

When we get hungry, it affects our attitude and our demeanor and, as the current advertisement says: You’re not you when you’re hungry. Actually, that isn’t true because when you are hungry, an otherwise hidden aspect of you shows because of that hunger. It’s the psychological expression of the cellular changes and it’s notable how quickly it happens. In fact, irritability is the first outward sign that one notices when hunger is a factor.

HOW NUTRITIONAL STATUS RELATES TO DENTISTRY
It isn’t strange, then, that other cellular alterations can cause other observable changes? How much of a stretch is it to think that long-term cellular aberrations (nutritional deficiencies) in the brain can cause changes collectively known as Alzheimer’s Disease or Parkinson’s Disease? And resultant changes in multiple cellular activities affecting many enzyme systems can be seen as dental caries. We no longer think of caries development on that fourth-grade level that formulates food + bacteria = acids that dissolve enamel. It’s infinitely more complicated than that.

We all eat food and all of us have bacteria, but we do not all develop caries. We know that diet is the major etiologic factor in dental caries because nutrient deficiencies and imbalances cause biologic systems to malfunction. Generally, the poorer the diet, the more caries. We also know that the same intake for different people can produce widely different results as predicted by the normal distribution curve. Since caries is something dentists face in their offices every day, clinicians are fully immersed in the elements of nutrition and diet.

Building upon that notion, we find that unclean teeth cause periodontal disease (periodontal disease is another of the 7 signs1), and poor nutrition makes it worse. The usual answer as to the cause of periodontal disease being “bacteria” is obviously wrong because we all have bacteria and we do not all have periodontal disease. Obviously, it’s the way our bodies live symbiotically with the many hundreds of kinds of oral microbes, and that is a matter of balance; balance means our systems are functioning as designed. To allow that balance to happen, we have to feed our systems properly so they can do what they are already programmed to do—namely, keep us healthy. This further entrenches the dentist in the world of nutrition.

Here we note that nutrition is the single most influential element in all of healthcare and the most consistently absent in nearly all doctors’ diagnostic and treatment considerations.

There is a difference between diet and nutrition. Whereas they are often used interchangeably, and that usually suffices, diet is what we take in and nutrition is how we handle that intake. Nutritional status is the combined measure of those aspects.

CHANGING THE WAY WE THINK
Let’s back up and look more closely at what’s happening and why and you’ll see that what you learned in dental school gives you the ability to be the exceptional and needed kind of doctor you may not have allowed yourself to become. And when you change your thinking, you’ll change your income, your influence, your power, and your position in the healthcare hierarchy.

The dentist is deeply involved in the patient’s nutritional status and should know how to assess it. A quick way is to use “The 7 Simple Signs of Low Nutritional Status.”1

Because so many people have periodontal disease and caries, if the dentist were to include nutrition therapy at the doctor level, other ailments would also be incidentally addressed, because 85% of all illnesses have major malnutrition components. (Doctor-Level Nutrition2 is vastly different from the dietitian and nutritionist varieties. See the Web site doctorlevelnutrition.com.) Hence: “Good oral health is achieved by design. Good general health is an unavoidable consequence.”

We don’t think nature makes design errors (certainly not on a wholesale basis), so the factory-installed equipment with which we are born should work fairly well, and if it doesn’t, it is usually not a design error but more often the fault of not feeding the biological equipment what it needs, so it can do what it is programmed to do.

Our suggestion is to make sure all patients are nutritionally strong because one never knows when one will ask the body to heal. Hence, assessing a patient’s nutritional status preoperatively (as should be done at all examination opportunities) becomes a de facto mandatory procedure if the doctor places the patient’s best interests at the forefront.

CAN THESE ENTITIES BE CONTROLLED?
Relying heavily on the essence of science—called Quin’talano: keen observation with a trained eye and deft interpretation with an educated mind—with innovations, new concepts, and new thought patterns, the position in the healthcare hierarchy that dentists are primed to assume is front and center. Although the state of the science in dentistry is flat panels, pixels/digitalization, the state of the art is being upgraded from the “teeth and gums” relic of the late 1800s. With a new definition of health, Secrets of Toothbrushing,3 a new treatment against periodontal disease, the inclusion of nutrition at the doctor level and an impressive new oral examination that includes a large co-diagnostic factor so the patient becomes involved as never before (so, too, does the staff enthusiastically become involved); the entire cerebral approach to dentistry is altered, even though the technical, fix-it, and mechanical aspects of the practice are not touched.

CLOSING COMMENTS
A single, full-day seminar is required for doctors and their teams to learn these new concepts. No new equipment is needed, but learning a new way of thinking is. Without any lab tests, and by adding only about 2 minutes to your current examination protocol, you will scientifically, accurately, and undeniably reveal the patient’s nutritional status. For more information, contact W/I/A/N Industries via e-mail at wianindustries@gmail.com. 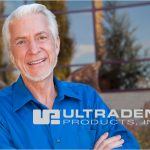