Professor Per-Ingvar Brånemark made a surprise entrance on March 22 at the first Nobel Biocare scientific symposium of 2012 in Gothenburg, Sweden. The grandfather of implantology joined a long list of his fellow dental implant pioneers to celebrate the dual anniversaries of osseointegration – 60 years since the discovery and 30 years since international acceptance. While his dramatic entry to the symposium was largely unexpected, his presence was warmly welcomed, as the celebration taking place wouldn’t have been the same without him.

Sixty years have now passed since Professor Brånemark’s remarkable discovery that titanium could integrate with bone. He called it "osseointegration" and it changed dentistry forever, improving the lives of millions of people around the world in the years to follow. His arrival at the Gothenburg symposium prompted a standing ovation, but for Brånemark and his supporters it was only an encore call compared to the one they received at the Toronto conference in 1982 after a 30-year fight for acceptance.

The programs of all six Nobel Biocare Symposia 2012 taking place in Sweden, Canada, and also France, Ukraine, Germany and Italy will celebrate the origins and evolution of osseointegration as a practical and trusted treatment modality over the last six decades. Beginning the series in Gothenburg, Chairman of the Scientific Committee, Professor Ulf Lekholm, reminded participants of how far Professor Brånemark, Nobel Biocare and their band of supporters have brought dental innovations based on the principles of osseointegration since those days of breakthrough 60 and 30 years ago.

Professor Lekholm explained that the fight for acceptance began in 1952 when Brånemark first discovered the principles of osseointegration during an experiment where a small titanium-encased microscope lens was placed in a rabbit fibula to study bone regeneration and microcirculation in vivo. Attempts to remove the apparatus proved futile as the titanium had attached to the bone. Realizing the potential of his findings, Brånemark turned his efforts toward dentistry and by1965 the first patient, Gösta Larsson, had received dental implants.

Bofors, a corporate antecedent to Nobelpharma and Nobel Biocare, produced Brånemark’s early implants. The rest is well-documented scientific history, with over 1200 published osseointegration-based studies and 110 PhD theses presented to date.

However, the story of acceptance is a little longer, 30 years to be exact. It turns out it was much harder for minds to accept a new concept than it was for bone to integrate with titanium. 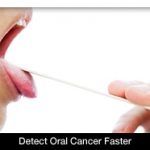