No Magic Bullet to Curb Obesity

While more neighborhood grocery stores and less fast food restaurants may be useful steps toward stemming the nation’s obesity epidemic, no single approach will be effective in doing so.

The federal government has made one of its priorities reducing “food deserts,” areas in which healthy food is difficult to find.

The policy stems from limited evidence that food resources are related to obesity and are inequitably allocated according to neighborhood wealth, according to a study published in the journal Archives of Internal Medicine. The policy initiatives imply that reduced access to fast food and increased access to supermarkets will translate into improvements in diet behavior and health.

“Our study did not examine the quality of foods offered or the purchasing patterns at fast food restaurants, supermarkets and grocery stores,” said Penny Gordon-Larsen, associate professor of nutrition at the University of North Carolina at Chapel Hill and the study’s senior author. “We only examined the availability of fast food restaurants, supermarkets, and smaller grocery stores. What we can conclude, though, is that simply introducing a supermarket in a neighborhood may not be enough—the new store should be accompanied with multifaceted efforts, such as promotion, education and incentives for healthier options.”

For the study, researchers evaluated fast food consumption, diet quality, and adherence to fruit-and-vegetable-consumption guidelines as a function of fast food chain, supermarket, or grocery store availability within distances of less than one kilometer to more than eight kilometers from study participants’ homes. The 5,115 participants (ages 18 to 30 years at baseline) in Birmingham, Ala.; Chicago; Minneapolis; and Oakland, Calif., were asked how often they ate fast food, and detailed their food consumption during the prior month as well as usual dietary habits.

An association between fast food consumption and fast food availability was noted among lower income participants, particularly among men who had access to fast food between one and three kilometers from where they live. The findings did not suggest strong relationships between supermarkets and diet quality or consumption of fruits and vegetables. Availability of grocery stores had a mixed relationship with eating habits.

“Our findings suggest that no single approach, such as just having access to fresh fruits and veggies, might be effective in changing the way people eat,” Gordon-Larsen said. “We really need to look at numerous ways of changing diet behaviors. There are likely more effective ways to influence what people eat.

“For example, classifying foods as healthy or unhealthy depending on whether they are served as fast food or in a sit-down restaurant may not paint the whole picture. Maybe we need to be looking more closely at what they are ordering and the prices they pay for healthy versus less healthy foods.

“It is very clear that we need to find ways to improve diets, particularly of low-income individuals. Simply putting in extra supermarkets per se may not solve the current health inequities. More research is needed.” 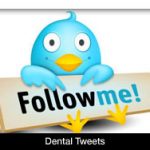 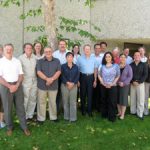