New Motivation for Children and iPhone Fans to Brush Their Teeth

KREFELD, Germany—To many children, brushing their teeth is just a cumbersome chore, which leads to the same old frustrating battle in the bathroom between parents and their offspring. But now Krefeld-based psychiatrist Dr Einhardt Illing has developed an iPhone app that provides guidance and motivation for brushing—and a little bit of fun to boot.

The new tooth brushing motivator “Motivetrix” guides the user through brushing using color sequences and motivates them with imaginary painting. The iPhone screen shows a diagram of the human set of teeth and displays the individual tooth areas in different colors at intervals. The user follows the color sequence with his or her toothbrush. Brushing is complete when the whole set of teeth is colored in.

The imaginary coloring turns brushing into a game. The 2- to 3-minute brushing time specified by dentists is over in a flash.

And there are also educational benefits attached. Children learn through the color distinctions that they have different teeth in their mouth. They remember the groups of teeth more easily thanks to the color markings.

The “Motivetrix” tooth brushing motivator is primarily aimed at parents and their children, but will also help kindergarten and preschool teachers as well as dentists in their prevention programs.

About the tooth brushing motivator

The iPhone tooth brushing motivator app is available from Apple’s App Store. It is available in German and English and requires iOS 3.2 or later. 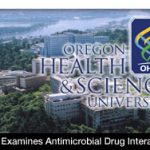