There could be a new method to treat mouth sores normally associated with cancer.

Mouse model studies have shown that protein Smad7, when given genetically or topically, could thwart the mouth sores that develop in cancer patients.

Mouth sores are a major problem for some cancer patients. They can become so severe that feeding tubes are necessary for nutrition and painkillers are later needed. Roughly 40 to 70 percent of patients with upper-body radiation encounter this problem. And, unfortunately for these patients, there is no known treatment as of now.

The study involving this new protein appears in Nature Medicine.

The group of researchers would like to further explore the possibilities of Smad7 as a way to combat human oral mucositis. In some of the studies, Smad7 was combined with a short peptide to permit the protein to cross through cell membranes. This was produced from cultured bacteria. After the substance was applied to the mouse’s oral cavity, it prevented oral mucositis, in addition to healing ulcers that were already present.

The ultimate goal from this research is to create a drug that can be given topically that will treat oral mucositis and deter more sores from developing.

The mice were engineered in a manner that they developed oral mucositis similar to the condition that human cancer patients are afflicted with. This made way for numerous tests and experiments. 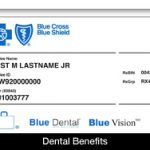