Mouthrinse May be More Effective Than Brushing

Mouth rinsing, in unison with brushing, has a greater chance to reduce plaque and gingivitis than simply just brushing.

The information appears in the January/February 2013 issue of General Dentistry.

The logic is simple when analyzing the makeup of the mouth. Mouthrinses can get to every part of the mouth whereas brushing can only access the teeth, which comprises about a quarter of the mouth. Bacteria have the ability to survive despite brushing and flossing.

The study concluded that utilizing germ-killing mouthrinse two times per day could lower the onset of plaque and gingivitis when used as a supplement to brushing.

The occurrence of plaque was lowered by 26.3 percent for the people that utilized the germ-killing mouthrinse. 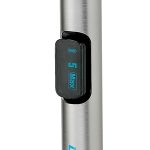