IRVINE, Calif. – (June 7, 2011) – J. Morita USA has announced the implementation of a new management team to lead the company in continued growth and expansion in North and South America. This recent move reflects Morita’s commitment to strengthen its market position and expand the J. Morita Manufacturing Corporation product line.

Yuzo Hirukawa has been appointed as the new President and CEO of J. Morita USA effective June 15, 2011. In this role, his responsibilities include corporate strategy and partnerships, supervision of import and export transactions, implementation of new marketing strategies, and overall management of the 40 person office. Mr. Hirukawa has an extensive career with the J. Morita Group spanning 28 years in several areas including sales, service, corporate planning and management, public relations, advertising, as well as international projects and contracts. Since 2009, he has functioned as the General Manager of the Sales Department II while also supervising the functions of the Corporate Planning Office at J. Morita Manufacturing Corporation. He has also played a pivotal role in the marketing of J. Morita’s cone beam X-ray units worldwide. Mr. Hirukawa graduated from Ritsumeikan University in 1983 with a Bachelor of Business Administration.

Keisuke Mori has been assigned to the position of Executive Vice President and COO. His responsibilities include assisting the President in operations, managing new product development, and financial planning. Mr. Mori’s career with J. Morita began 34 years ago in the production department of the J. Morita Manufacturing Corporation in Kyoto, Japan. His long history with the company has included general management responsibilities for research and development in the areas of X-ray and delivery systems, as well as quality assurance. Since 2008, he has been assigned to J. Morita USA as Vice President of Technical Engineering. Mr. Mori graduated in 1977 with a Bachelor’s Degree in Electrical Engineering from Doshisha University.

Hiroshi Tanaka, J. Morita USA’s current President and CEO, has directed the company through a period of remarkable growth and expansion. After a successful 4 1/2 years in Irvine and 31 years in Kyoto, Mr. Tanaka is transitioning back to J. Morita Manufacturing Corporation. His impressive track record has enabled him to advance further in the company as the new General Manager of Sales and Marketing. Additionally, Seiji Kuraoka, J. Morita USA’s former Executive Vice President and COO, has been promoted to General Manager for the International Sales Department and Global Strategy Planning office at J. Morita Corporation in Osaka, Japan. 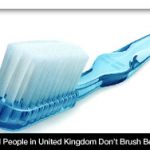