MELVILLE, N.Y., April 29, 2011 /PRNewswire/ — In the wake of tornadoes that have claimed hundreds of lives and created a swath of devastation across the Southeastern United States, Henry Schein, Inc. (NASDAQ: HSIC), the largest provider of health care products and services to office-based practitioners, today announced that it has activated its disaster relief hotline for dentists, physicians and veterinarians who have experienced operational, logistical or financial issues as a result of the disaster. The toll-free number for all dental, medical and animal health customers – 800-999-9729 – is operational from 7:00 a.m. to 7:00 p.m. CDT.

"Henry Schein stands ready to help our dental, medical, and animal health customers whose practices may have been affected by this disaster," said James P. Breslawski, President and Chief Operating Officer of Henry Schein. "We encourage our customers throughout the South, particularly those in hard-hit central Alabama, to call our hotline with issues that we might be able to help them address. At all times, we try to be a valuable business partner to our customers, and through this hotline we want to demonstrate that commitment in a meaningful way."

In addition to activating the disaster relief hotline, Henry Schein has established the Tornadoes Relief Fund through the Henry Schein Cares Foundation, a 501(c)(3) organization. The Fund provides a way for Team Schein Members and others who are interested in supporting the relief effort to contribute. Henry Schein will match all donations contributed to this fund by Team Schein Members, and the proceeds will be applied directly and completely to relief efforts. Because tornadoes typically strike many regions of the United States throughout the summer months, the fund will remain open to provide aid for victims of future tornadoes. 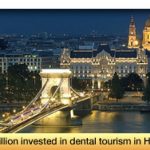