Focus On: Lasers for Disinfection

Q: How important is disinfection to predictably successful endodontic treatment?

A: Like the extraction, the biological goals of predictably successful endo treatment should be directed toward removing all the pulp, bacteria when present, and related irritants from the root canal system. To accomplish these goals, any given canal is shaped to provide an effective reservoir of reagent that, upon activation, can be exchanged into all aspects of the root canal system. Yet, the dimensions of the final preparation have ignited a debate between those who advocate minimally prepared canals and proponents of more fully shaped canals. Endlessly disputing the dimensions of the final preparation is a zero-sum game. Scientific and clinical evidence demonstrate that the overwhelming majority of all endo failures result from deficiencies in primary treatment, not from radicular fractures caused by overzealous shaping. The way forward is laser-activated irrigation (LAI). Specifically, the erbium family of lasers represents cutting-edge technology for activating irrigants and achieving endo 3-D disinfection and— this is most important—in either minimally prepared or fully shaped canals.

Q: How do you feel about advocates who proselytize intentionally leaving bacteria within a root canal system?

A: Advocating purposefully leaving bacteria within the root canal system with the hope these micro-organisms will routinely become dormant is negligent, definitely not in the patient’s best interest, and is quackery. As stated on the website quackwatch.org: “Quackery may be defined as the promotion of unsubstantiated methods that lack a scientific plausible rationale. Promotion usually involves a profit motive. Unsubstantiated means either unproven or disproven. Implausible means that it either clashes with well-established facts or makes so little sense that it is not worth testing.”

There currently exists a limited number of unscientific articles that dismiss the entire biological essence of the endo procedure, namely disinfection. Complete disinfection is not the goal, but rather the arbitrary reduction of bacterial loads. Although virtually all dentists have seen incomplete endo treatment that is, at times, successful, medical professionals should not aspire to anecdotal “sometimes” events. Further, these same questionable papers tout the mechanical virtues of minimally prepared canals and yet, ironically, never mention cutting-edge disinfection technologies and methods that are histologically and clinically validated. Logic would suggest there should be a balance between smaller preparation sizes and 3-D disinfection.

Q: What is a minimally invasive technology that can disinfect minimally or fully shaped canals?

A: The Er:YAG laser has been repeatedly shown to be a superior technology for laser disinfection because it produces a wavelength of 2,940 nm on the electromagnetic spectrum of light. This specific wavelength has the highest absorption of water, which is a major component of both hard and soft tissues. This laser, its unique wavelength, and resultant energy produces LAI to eliminate pulp tissue remnants and bacteria and their related irritants from all aspects of the root canal system.

A great example of advanced Er:YAG LAI technology is Photon-Induced Photoacoustic Streaming (PIPS). As summarized in Lasers in Endodontics, PIPS is a process by which photons of light are emitted at very low energy levels with a short microsecond pulse duration. Unlike other forms of LAI, PIPS uses a uniquely tapered and stripped tip that is placed within the pulp chamber only. PIPS disperses reagent laterally, generates shockwaves at subablative levels, and actively pumps fluid 3-dimensionally into both minimally or fully prepared canals and their related root canal systems.

Traditional laser disinfection methods require that the optical tip be placed inside a prepared canal, regardless of its length, diameter, or curvature. Yet, when placed below the orifice, the tip itself restricts 3-D streaming of fluids, creates frontal pressure that can lead to sodium hypochlorite (NaOCl) accidents, and predisposes to undesirable thermal events. On the contrary, in the PIPS method, the optical fiber is conveniently placed stationary and confined to a fluid-filled pulp chamber. In this method, since the tip is positioned far from the terminus of a canal, radicular streaming is unrestricted, NaOCl accidents are mitigated, and radicular heat is eliminated. In multirooted teeth, all the canals and their related systems are efficiently disinfected simultaneously.

Q: What is the mechanism of PIPS LAI?

A: The exposed portion of the PIPS tip is placed in a fluid-filled pulp chamber. Upon activation, a few molecules of irrigant at the tip of the fiber are superheated to 100°C, which explosively causes a steam bubble to form and expand. Relative to the vast volume of reagent within the root canal system, the steam bubble immediately cools and is converted back to liquid, causing the bubble to collapse. This resultant burst of energy is short-lived for only 50 μsec and produces enormous shear-wall forces similar to that of a pressure washer used to clean paint from stone, brick, or concrete.

The lateral dispersion and propagation of shockwaves in intracanal fluids at subablative levels produces both photoacoustic and photochemical events. For example, the PIPS method dissociates NaOCl into Na+ and OCl-ions. Hypochlorite ions have superior tissue-dissolving capacity, which serves to digest and eliminate organic tissue and micro-organisms from fins, isthmuses, loops, lateral canals, including 1,000 μm deep into the dentinal tubules. Strategically, this photochemical event is synergistic with the photoacoustic shockwaves.

Q: Is there evidence supporting the safety of PIPS?

A: In the past decade, more than 20 scientific, peer-reviewed papers have validated what 1,000-plus international dental users have increasingly understood: namely, that the Er:YAG laser, in combination with the PIPS method, is the safest, most effective and efficient laser to perform 3-D endo disinfection in both minimally and fully shaped canals. The PIPS method promises to fundamentally change clinical endodontics as more dentists embrace this new technological future.

Dr. Ruddle is founder and director of Advanced Endodontics, an international educational source in Santa Barbara, as well as an inventor of instruments and devices. He can be reached at (800) 753-3636 or via the website endoruddle.com. 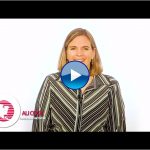 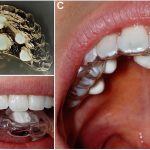 Next post Prostituting Prosthodontics: Use or Abuse of Dentistry?
0 Shares