CASE REPORT
Diagnosis and Treatment Planning
Dan came to my office for a second opinion consultation. His dental situation was very interesting. Several months before, a 14-unit fixed bridge was placed with 5 abutment teeth (Nos. 2, 8, 10, 11, and 15) supporting a full-arch bridge. However, at some point in the weeks prior to coming into our office, tooth No. 15 had begun to hurt. In order to solve this issue, the previous dentist had cut the bridge distal to the pontic (No. 14) and tooth No. 15 with its crown had been extracted.
This patient presented to my office with a 13-unit bridge supported by 4 teeth and 3 pontics cantilevered distal to No. 11 (Figure 1). As part of our initial consultation appointment, we gathered information including his health history and dental conditions. We also took a cone beam scan, made study models, and took photos as a part of the process to accomplish a proper diagnosis and to develop a possible treatment plan that would address the desires of the patient and achieve a real solution to his present challenges.
The patient was scheduled for a follow-up consultation 3 days later. At this consultation we presented the possible treatment options to the patient, discussing the advantages and disadvantages of each. The patient and his wife expressed a desire to reconstruct his mouth by replacing his missing teeth with implants. The treatment plan they elected was extensive and involved both arches. I explained that, to treat him successfully, we needed to have temporary crowns (bridges) fabricated prior to treatment along with surgical stents and an immediate temporary denture for the maxilla. All of those would need to be constructed at the appropriate bite position. This process would take at least 2 weeks.

During our conversation, Dan looked uncomfortable, although both he and his wife were enthusiastic about the direction they were headed. When asked why, he told me that tooth No. 11 had been hurting the past couple of days and that he was in a lot of pain. He asked if there was anything I could do to help him that day. I knew that No. 11 was a problem from examining the cone beam image that was taken at the initial consultation. There was a very large abscess present around the apex of the tooth. In order to place a successful bone graft at that site, or to do an implant, I knew that the sooner the infectious tissue was gone, the better.
Doing an open-and-drain or even a complete endodontic procedure was not going to solve Dan’s problem, but taking the tooth out was full of risks. The radiograph showed that the root itself was periapically involved (Figure 2). How does one remove that root without damaging the bridge or the facial bone? Finally, after extracting that tooth, what is left to support the bridge? Tooth No. 10 had been endodontically treated and now it would have 4 pontics cantilevered distal to it.
I took a moment to mull over how to proceed and then told the patient that the only viable option which seemed to have a chance of working (until we were ready to go forward with an appointment) was to remove the root of the tooth but leave the bridge until we could have teeth ready to place on a temporary basis. I had recently begun using a new “atraumatic” forceps (Physics Forceps [GoldenMisch]), and the design and function of that instrument seemed to be perfect for this situation.

The technique of the Physics Forceps is to employ a Class I lever to slightly elevate the tooth from the socket, thus creating separation from the periodontal ligament fibers. This is done with steady but minimal force over a time of one to 4 minutes. Once the tooth root achieves separation of the fibers, usually noted by slight movement of the tooth and elevation from the socket, then another instrument of choice, such as a regular forceps, can be used to remove the tooth. The Physics Forceps engages the lingual aspect of the tooth root and rests on the buccal bone supporting the root (Figure 3). A unique aspect of its design is a large radius designed between the beaks of the forceps. As a result of this design, the forceps can be positioned around an existing bridge. Thus it would be possible to extract a tooth root without affecting the integrity of the bridge itself.
We therefore proposed to the patient that we extract tooth No. 11 that very day, allowing the site to begin the healing process while we fabricated all the materials to begin his systematical treatment plan. The goal for the patient this day was to eliminate pain and also not have to lose the bridge until we were ready with some replacement teeth. We advised the patient that the bridge would be at risk for fracture since it would be attached to only 3 teeth after the extraction. So, to reduce this risk, he would have to go on a soft diet only until his next appointment.

Clinical Treatment
After the patient approved the plan, we anesthetized the area facially and palatally with 1.7 mL 2% lidocaine (1:100,000 epinephrine). A CO2 laser (DEKA Ultraspeed) set at 3.5 W at 80 Hz was used to remove the tissue facial to the crown margin. Then a 557 carbide bur (Patterson Dental) was used to cut through the tooth at the CEJ to separate the crown from the root and to provide about 2 mm of space for elevating the root. Finally, the 557 bur was used to create access to the palatal surface of the root by removing 2 mm of palatal crestal bone (Figure 4). Now the Physics Forceps was positioned (as described previously) and a light and steady force was applied with the operator’s wrist (Figures 5 to 7). In approximately one to 2 minutes, the root had achieved a slight movement coronally. The forceps was then set aside and a Periotome (A. Titan Instruments) was then used to elevate the root 2 mm. The root was sectioned with the handpiece and bur in a horizontal direction (Figure 8). This process was repeated 3 more times, until the diameter of the root was small enough to allow the last section of root to be teased out of the space created (Figures 9 and 10).
After removing the last section of the root, the patient was very excited to have the source of his pain removed, and to still have his bridge in place until his treatment would start 2 weeks later. We were pleased that we were able to achieve our objective of removing this large rooted tooth with minimal trauma. We did not have to elevate a flap, and we preserved as much bone as possible; this would help us with future bone graft placement and the eventual placement of an implant.

CLOSING COMMENTS
When the patient presented 1.5 weeks later for one last consultation before restoring both arches, he reported no pain and was in a jovial mood. At the following appointment, we sectioned the bridge and removed the remaining 3 teeth using the atraumatic forceps. Each extraction took an average time of 1.5 to 2 minutes, without any damage to the thin facial bone.
Using the Physics Forceps for extractions preserves bone, which is a very important consideration when placing implants into extraction sites.

Dr. Julian received his DDS degree from the University of Missouri Kansas City (UMKC) Dental School in 1978. He maintains actives memberships in the American Dental Association, Kansas Dental Association, Academy of Laser Dentistry, International College of Oral Implantologists, and Doctors for Oral Conscious Sedation. He is a faculty member of UMKC Dental School and is president of North Star Dental Education Seminars. He can be reached via e-mail at drjmjulian@gmail.com.

Disclosure: Dr. Julian is an educator for DEKA Laser and Prexion, and is also an educator and consultant for DENTSPLY Tulsa. He receives financial honoraria from all of the above. 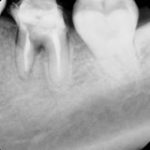 Simplifying Extractions With a Power Periotome

Less Than Four-Minute Extraction of Any Tooth

An Efficient Approach to Full-Mouth Extractions