Endodontics Versus Implants: Redefining the Paradigm

﻿The past 25 years have signaled an unparalleled explosion of knowledge and technological advances. This metamorphosis has occurred in all disciplines of dentistry as well as outside of our profession. New discoveries, materials, and devices have taken the practice of dentistry to new levels. One such discovery—the osseointegration of titanium to bone—has spurred the growth of an entire industry of implant dentistry. The advances in implant dentistry have changed the landscape for practitioner and patient alike. The exponential growth of implant dentistry has forever created a paradigm shift into new arenas of patient care. New technologies bring new choices in treatment. However, the speed with which these changes have occurred may have led to dentistry based not on sound evidence but rather on anecdotal hearsay. Therefore, a balanced approach must prevail to allow the pendulum to reequilibrate in all of our treatment choices.
As a practicing endodontist, teacher, and lecturer for the past quarter century, nowhere have I seen the gap between anecdotal and evidencebased treatment decisions so wide as in the decision to perform endodontic therapy or extract an abutment to place an implant. Let me say at the outset that implant dentistry is here to stay and is an exceptional treatment modality. However, common sense must prevail in our profession so that the maintenance of natural dentition is still our primary goal.

A multidisciplinary approach is a necessity so our patients can provide the best informed consent. It seems that there has been a definite diminution of this approach as it pertains to endodontic involvement. When dealing with compromised abutments, often endodontic involvement as well as periodontal and prosthetic perspectives are required.
An evidencebased approach is a necessity in every specialty of dentistry in order to maintain consistency of care and integrity of treatment planning. Unfortunately, anecdotal evidence has at times skewed the scientific method, given false claim to new treatments, and intentionally confused practitioners about the success of traditional therapies.
As it pertains to endodontic care, these anecdotal myths make it appear that root canal therapy is not as highly successful as extraction and implant placement. Of course, each situation has its own unique circumstances, but only through a multidisciplinary approach can we balance traditional endodontic therapy versus implant placement. This conundrum has even led the American Association of Endodontists (AAE) to create a special committee on implants. To separate fact from fiction, in 2007 the AAE issued a position statement on this topic that in effect stated the following: "The decision to treat a tooth endodontically or replace it with an implant must be based on factors other than treatment outcomes." Succinctly speaking, the evidence consistently points to equal success rates of approximately 94% for both endodontic therapy and singletooth implant placement.
Traditionally in endodontics, most academic studies on success included clinical, radiographic, and symptomatological information to categorize a tooth as being "successful." This model has not been used in evaluating implant success. Implant studies generally consider success if the implant has integrated and has been retained, even if it is not in function or prosthetically not usable. This dichotomy of approach has led some to question the success rate of endodontic therapy compared with implants. In essence, the only way to compare both modalities is by comparing retention rates of endodontically treated teeth versus retention of implants.
Several studies have recently done just that. Delta Dental Insurance concluded a nationwide survey of root canal therapy outcomes of patients whom it insured. More than 1.4 million endodontically treated teeth were included. The results obtained from the insurance database concluded that 97% of these teeth were retained even after an 8year followup.1 There has never been a study as large as this one, which included more than 1 million patients.
Additionally, a published study on this topic was reported at The Academy of Osseointegration International Consensus Meeting in August 2006. Three international databases were searched for the survival of singletooth implants and restored endodontically treated teeth. The studies included 12,000 implants and 27,000 root canaltreated teeth. The definitive conclusion was that the two treatments were equally successful.2

As new technologies become accepted, older ones can at times become secondchoice options. As a progressive thinker, it is my opinion that implant placement may in fact be a firstchoice option on a casebycase basis. However, a decision to extract a tooth and place an implant should not be taken lightly without multidisciplinary considerations. An endodontist is expertly equipped to determine the salvageability of a compromised abutment if there are endodontic concerns. At the very least, endodontic considerations need to be a part of every treatment plan that involves the irreversible nature of an extraction. Guarantees of success can never be made for any treatment modality, even the osseointegration of a titanium implant.
An evidencebased approach mandates that as clinicians we examine all the information before a final decision is made. Clearly, all discussions pertaining to implant therapy start with an already edentulous site and the predictability of that location for success. However, abutments often exist in those sites, and a discussion of implants should not begin with an extraction but with a complete analysis of each abutment and its prognosis potential.
The decision to retain a natural tooth and treatment plan for periodontal or endodontic treatment should not be viewed necessarily as a polar opposite to implant therapy. In essence, our goal is to treat each of our patients in the best possible manner. It is our responsibility to seek answers to these clinical dilemmas and choose a treatment option that gives our patients the most predictability and best chance for longterm success. At times that decision may be to retain a compromised abutment, and at other times it may involve implantology.
Effectively, an evidencebased approach to treatment planning for an implant must first rule out a natural abutment as the best alternative. There must be a clinical balance between choosing a tooth or choosing a site. Factors such as the location of the tooth, anatomical considerations, quality of the bone, and periodontal status need to be addressed before a final decision is made. Systemic factors such as smoking, bisphosphonate use, diabetes, and hypertension may need medical consultations and represent another factor in the endodonticsversusimplant decisionmaking process.
In conclusion, let me say that the advances attained in implant dentistry are simply amazing and are probably in the infancy of what is possible. However, as an endodontist, I sincerely feel that a symbiotic relationship needs to exist in all disciplines of dentistry so that treatment planning can be inclusive of differing opinions, and above all else, our patients’ best interest is our only consideration. 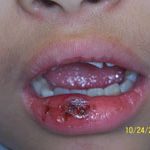 VIEWPOINT: Can New-Patient Calls Be Your Best Marketing?

VIEWPOINT: How Habits Can Change Your Practice (and Your Life)