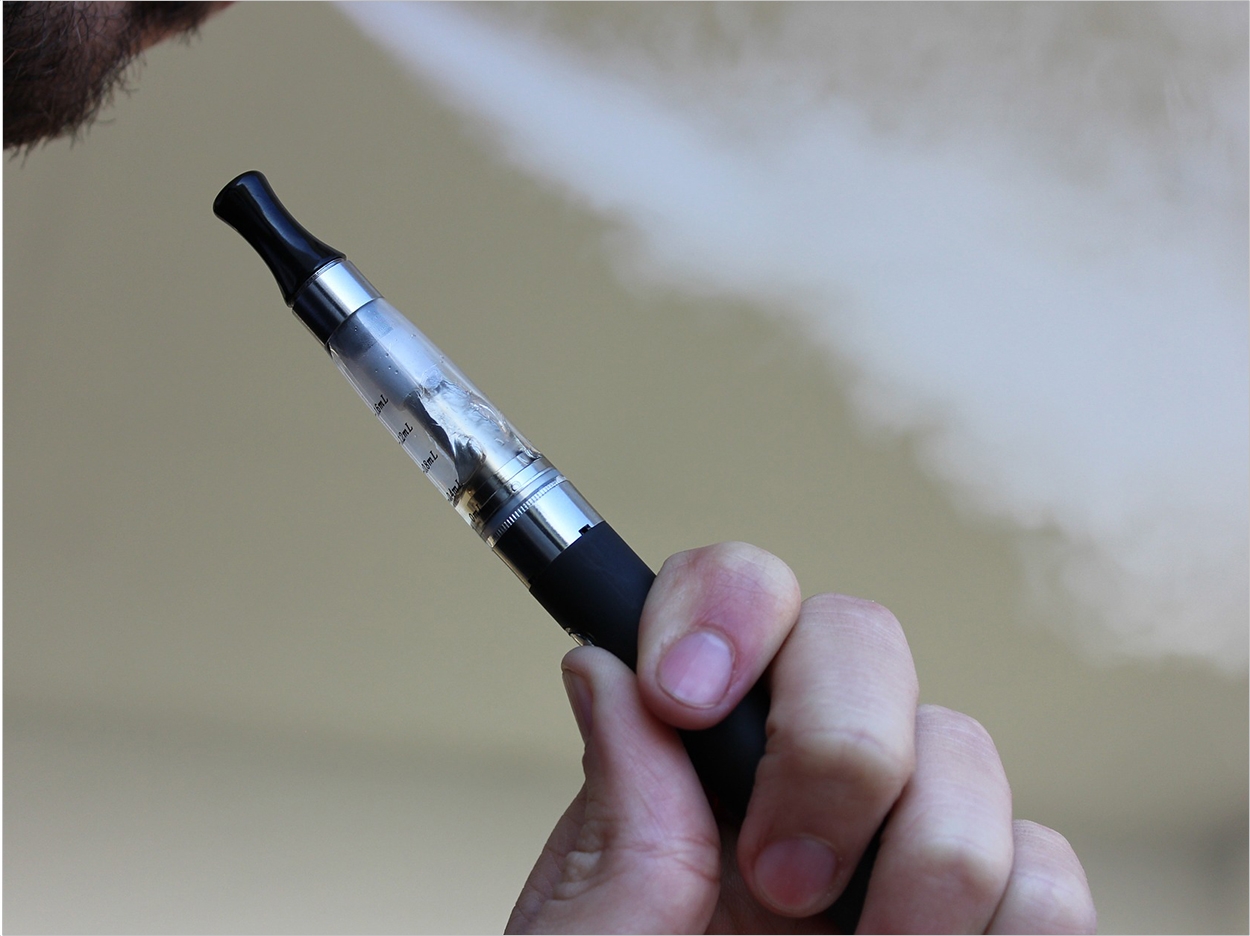 While electronic cigarettes have been marketed by their manufacturers as safer alternatives to tobacco products, 3 recent studies cast doubt on these assertions. The first study found that e-cigarette vapors kill large numbers of cells in the mouth. The second suggests that e-cigarettes cause as much damage to teeth and gums as conventional cigarettes. And, the third uncovered significant levels of carcinogenic chemicals in these vapors.

In the first study, researchers with Université Laval’s Faculty of Dental Medicine in Quebéc found that a large number of gingival epithelial cells exposed to e-cigarette vapor in the laboratory die within a few days.

“Mouth epithelium is the body’s first line of defense against microbial infection,” said Mahmoud Rouabhia, PhD, one of the researchers and a member of the school’s Oral Ecology Research Group. “This epithelium protects us against several micro-organisms living in our mouths.”

To simulate what happens in the mouth while vaping, the researchers placed epithelial cells in a small chamber with a saliva-like liquid. E-cigarette vapor was pumped into the chamber at a rate of 2 inhalations lasting 5 seconds each per minute for 15 minutes a day.

Observations under the microscope showed that the percentage of dead or dying cells, which is about 2% in unexposed cell cultures, rose to 18%, 40%, and 53% after one, 2, and 3 days of exposure to e-cigarette vapor, respectively.

“Contrary to what one might think, e-cigarette vapor isn’t just water,” said Rouabhia. “Although it doesn’t contain tar compounds like regular cigarette smoke, it exposes mouth tissues and the respiratory tract to compounds produced by heating vegetable glycerin, propylene glycol, and nicotine aromas in e-cigarette liquid.”

The cumulative effects of this cell damage have not yet been documented, but they are worrying, according to Rouabhia.

Researchers at the University of Rochester (UR) Medical Center also found that e-cigarette vapors present significant risks, causing as much damage to the gums and teeth as conventional cigarettes. Previously, scientists thought that the chemicals in cigarette smoke caused adverse health effects, but new data including this study suggests otherwise.

“We showed that when the vapors from an e-cigarette are burned, it causes cells to release inflammatory proteins, which in turn aggravate stress within cells, resulting in damage that could lead to various oral diseases,” said Irfan Rahman, PhD, professor of environmental medicine at the UR School of Medicine and Dentistry. “How much and how often someone is smoking e-cigarettes will determine the extent of damage to the gums and oral cavity.”

The researchers exposed 3-D human, nonsmoker gum tissue to e-cigarette vapors. And like the Université Laval researchers, they found that e-cigarette vapors—particularly the flavoring chemicals in them—play a role in damaging the gingival epithelial and other cells in the mouth. This includes inflammation and DNA damage that, in turn, could contribute to the pathogenesis of oral diseases.

“We learned that the flavorings, some more than others, made the damage to the cells even worse,” said Fawad Javed, a postdoctoral student at the Eastman Institute for Oral Health, part of the UR Medical Center. “It’s important to remember that e-cigarettes contain nicotine, which is known to contribute to gum disease.”

“Most research, including long-term and comparative studies, are needed to better understand the health effects of e-cigarettes,” said Rahman, who also would like to see manufacturers disclose all the materials and chemicals used in them so consumers can become more educated about their potential dangers.

Scientists at the Desert Research Institute (DRI) also are working to identify the risks in e-cigarette vapors, as they report that the vapors produced by flavored e-cigarette liquids include dangerous levels of hazardous chemicals known to cause cancer in human beings.

These researchers found that these toxic aldehydes such as formaldehyde aren’t formed by evaporation but rather during the chemical breakdown of the flavored e-liquid during the rapid heating process, or pyrolysis, that occurs inside e-cigarettes.

“How these flavoring compounds in e-cigarette liquids affect the chemical composition and toxicity of the vapor that e-cigarettes produce is practically unknown,” said Andrey Khylstov, PhD, an associate professor of atmospheric sciences at DRI. “Our results show that production of toxic aldehydes is exponentially dependent on the concentration of flavoring compounds.”

A 2014 report from the World Health Organization notes that e-cigarette liquids have been marketed in nearly 8,000 flavors, with many flavors appealing to adolescents and young adults. The US Food and Drug Administration reports that 16% of high school and 5.3% of middle school students used e-cigarettes in 2015.

The DRI researchers measured concentrations of 12 aldehydes in aerosols produced by 3 common e-cigarette devices: bottom and top coil clearomizers and a cartomizer. They then tested 5 flavored e-liquids and 2 unflavored e-liquids in each device to determine whether the flavoring additives affected aldehyde production during vaping.

“To determine the specific role of the flavoring compounds, we fixed all important parameters that could affect aldehyde production and varied only the type and concentration of flavors,” said Vera Samburova, PhD, an assistant research professor of chemistry at DRI.

The study avoided any variation in puff topography, including puff volume, puff velocity, and intervals between puffs, by using a controlled sampling system that simulated the most common vaping conditions. Vapors were produced from each device by a 4-second, 40-mL controlled puff, with 30-second resting periods between puffs.

The e-cigarette devices were manually operated to replicate real-life conditions. All samples were collected in triplicate to verify and confirm results. Specific care was taken to avoid “dry puff” conditions.

For further proof that the flavoring compounds and not the carrier e-liquid solvents (most commonly propylene glycol and/or vegetable glycerin) dominated production of aldehydes during vaping, the researchers diluted flavored e-liquids with different amounts of the unflavored e-liquid. Liquids with higher flavor content produced larger amounts of aldehydes due to pyrolysis of the flavoring compounds.

In all of the experiments, the amount of aldehydes produced by the flavored e-cigarette liquids exceeded the American Conference of Governmental Industrial Hygienists Threshold Limit Values for hazardous chemical exposure.

“One puff of any of the flavored e-liquids that we tested exposes the smoker to unacceptably dangerous levels of these aldehydes, most of which originates from thermal decomposition of the flavoring compounds,” said Khylstov. “These results demonstrate the need for further, thorough investigations of the effects of flavoring additives on the formation of aldehydes and other toxic compounds in e-cigarette vapors.”

The Université Laval study, “E-Cigarette Vapor Induces an Apoptotic Response in Human Gingival Epithelial Cells Through the Caspase-3 Pathway,” was published by the Journal of Cellular Physiology.

The UR study, “E-Cigarettes and Flavorings Induce Inflammatory and Pro-Senescence Responses in Oral Epithelial Cells and Periodontal Fibroblasts,” was published in Oncotarget. 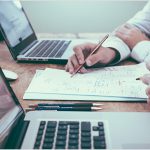