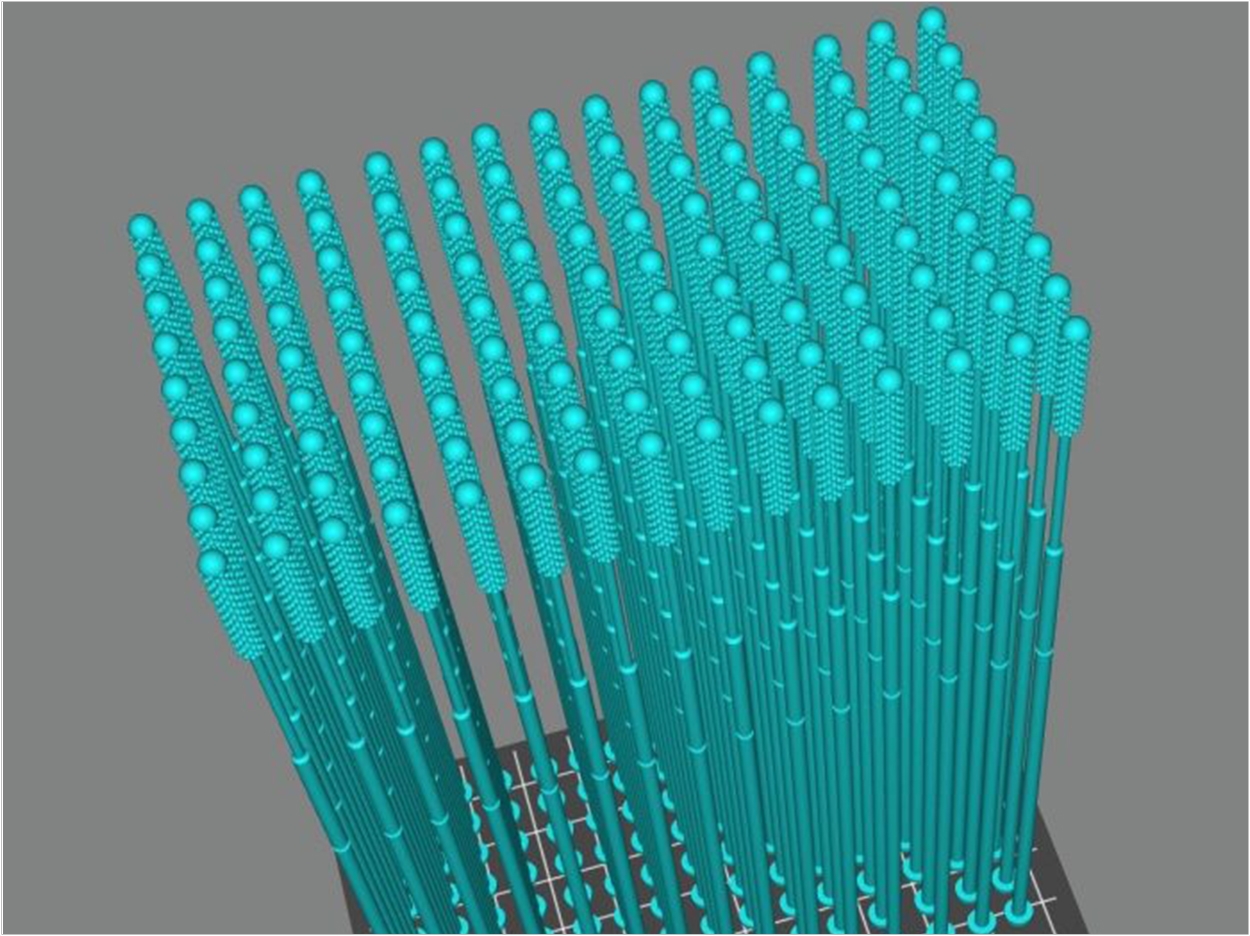 The nasal swabs that COVID-19 testing requires are in short supply, prompting a pair of oral and maxillofacial surgery (OMFS) residents at the Dental College of Georgia (DCG) at Augusta University to turn to 3-D printing to find a solution.

“Initially, we had been working on producing the face shields and masks using 3-D printers because we didn’t really have any idea that making the swabs was even necessary,” said Faigen.

“But almost a week ago, Dr. Mark Stevens, the chair of the Department of Oral and Maxillofacial Surgery, and I were talking, and I had shown him a couple of options of things that we could make,” Faigen said.

“I had seen the 3-D swabs but I really didn’t know that we would need them. Shortly after, he came to me and said, ‘People are talking about these swabs. Do you have the ability to make them?’” Faigen said.

Coronavirus tests require swabs that are long and skinny enough to get into the nasopharynx. But these swabs are in short supply around the world because many of them are imported from Italy, which was hit hard by the coronavirus.

Earlier this year, faculty researchers at the USF Health departments of radiology and infectious diseases collaborated with Northwell Health to test the 3-D swabs, including validation testing and rapid clinical testing at Northwell Health and Tampa General Hospital. The testing showed that the 3-D printed swabs perform equally to standard swabs used for COVID-19 testing.

“This is a prime example of the incredible impact we can have on human lives when teams of experts across academia, healthcare delivery, and the tech industry come together,” said Dr. Charles Lockwood, senior vice president for USF Health and dean of the USF Health Morsani College of Medicine.

“During this current COVID-19 outbreak, there is little time for delay, and the swift, agile, and adept action of everyone on this effort will greatly improve this nation’s ability to test patients,” Lockwood said.

After reviewing the testing and effective results of the 3-D nasal swabs, the DCG team felt confident in the initial design.

“The rapid creation of this invention by University of South Florida researchers and the collaboration with design, engineering, and healthcare partners across the country to test and disseminate this tool shows what can be accomplished when we work together in a time of need,” said Chachere.

“This project has been a remarkable testament to the ingenuity of our national innovation community working together for the greater good,” said Chachere.

Faigen and Frazier immediately got to work printing out some of the 3-D swabs to see if they could be effective in COVID-19 testing.

“They looked pretty god, but we were still worried about people not being able to verify that the swabs were in the right position when they’re testing because the swabs have to be deep enough into the nose for the test to work,” said Faigen, adding that the DCG team began working on approving a design currently being printed by Formlabs for USF.

“We decided to make our model very similar with the same kind of texturing, but the top, which is inserted into the nose, was made a little bit smaller so it would be more comfortable in the nose. And we also increased the swab size in length for a more accurate test,” he said.

Dr. Jeffrey James, program director of Advanced Education in Oral and Maxillofacial Surgery at DCG, said his department is accustomed to using 3-D printing in areas of virtual surgery for craniofacial defects and anomalies, so the team at DCG used that knowledge to improve the 3-D printed nasal swabs.

“It’s funny because not one individual could have accomplished this by themselves. It took an entire team to develop a prototype that we though would work. But even then, initially speaking, a lot of folks, particularly in medicine, were pretty skeptical,” said James.

“After all, if you ask any layperson about 3-D printing a nasal swab, it doesn’t make much sense because the end of the nasal swab is usually cloth or flocked nylon. It just didn’t compute that you could develop nasal swabs using a 3-D printer,” said James.

The swabs then were printed with 3-D printers in the OMFS and endodontics departments at DCG and provided to Augusta University Health for testing and review.

With feedback from Dr. Allison McMullen from the Department of Pathology and Dr. Michael Groves of Otolaryngology at the Medical College of Georgia at Augusta University, the DCG team was able to reengineer the swab.

“And what I’ve been told is the testing on our 3-D swabs was 100% accurate compared to the original (nasopharyngeal) swabs,” Faigen said. “So, that was very reassuring.”

As a result of DCG’s efforts, AU Health has partnered with the Georgia National Guard to test the 3-D printed nasal swabs that eventually will be used by Georgia health officials across the state.

AU Health and Brigadier General Randall V. Simmons Jr of the Georgia National Guard have asked the DCG to being producing 5,000 nasal swabs a day that will be used throughout Georgia. James admitted that this request was a bit of a surprise.

“Initially, the conversation was purely about how can we help Augusta, the local community, and AU Health with what we are facing right now,” James said. “We were initially talking about 300 swabs a day. But as the meeting last week continued, they asked, ‘How big could you go?’ Suddenly, they were asking, ‘Jeff, can you do 5,000 swabs a day?’”

Though floored by the request, James was confident his team could get it done. The DCG purchased several additional 3-D printers to meet the demand, and James has personally bought a significant amount of resin to produce the 3-D nasal swabs needed throughout Georgia.

The DCG team’s goal is to help provide the state with enough 3-D nasal swabs for the next two weeks to bring everyone one step closer to returning to their normal, daily lives, James said. During this time, other printing sources will be identified.

“Let’s face it. Everyone was a little disgruntled staying at home in the beginning for two weeks. But now, everyone is really getting cabin fever,” James said. “I think we all want to go back to something normal. And I think this is one of the ways that we’ll do it. Testing is key.”

“This capacity reduces the stress on vendors and government entities as we boost testing and get Georgians back into the workplace,” said Georgia Governor Brian Kemp, applauding the DCG’s efforts.

Other residents have joined Faigen and Frazier in taking shifts around the clock to produce the swabs, which is a labor-intensive process, in addition to performing their regular resident duties.

“Of course, just printing them isn’t the end of the story. They must be biologically prepared for human use. They have to be cured, they have to be washed in alcohol, and they have to be sterilized,” said Carol Lefebvre, DDS, MS, dean of DCG.

“Everyone has worked together, and these young residents are just so tech savvy that they feed off one another,” said Lefebvre. “I think that’s the greatest part of all this. It’s really been a group effort. We’ve come together to help the state and truly make a difference.” 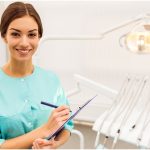 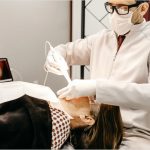