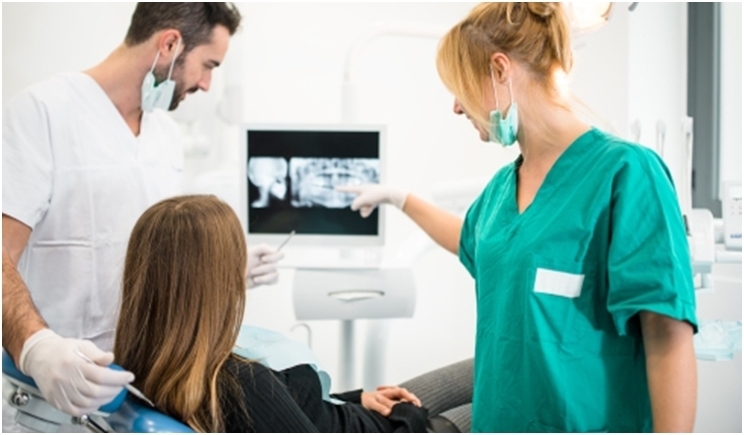 As a result of the diminished fee schedule remuneration rates, many doctors stopped participating with Delta Dental of Massachusetts (DD of MA). Subsequent to the loss of providers in their plan, DD of MA mailed out a letter directly to these patients (see the attachment above; signature removed) from its senior dental director and vice president of clinical management.

DD of MA felt the letter was fully justified.

“We greatly value our relationships with providers and members. When dentists choose to discontinue their participation in our network, we have an obligation to inform our members, particularly when that change could result in a change in coverage or an increase in out-of-pocket costs,” said Thomas O’Rourke, head of corporate communications at DD of MA.

Others in the dental community such as the Massachusetts Dental Society (MDS) took great exception to DD of MA’s action, with its disallowing of assignment of benefits as a patient service one key factor among others.

“The MDS is disappointed that Delta is taking punitive aim at those providers who have made the decision to opt out of the Delta network as a result of the revised Premier reimbursement methodology,” said MDS president Janis Moriarty, DMD.

“Delta’s letter to patients is putting providers in an unfair and unfortunate position with respect to their patients by sending communications that are incomplete, and therefore misleading, and intrusive of the dentist-patient relationship,” said Moriarty.

“Delta’s letter informs patients that their dentist is no longer a member of the Delta network without any explanation as to why, but the why is relevant. The letter also warns patients that they may be asked to pay up front and pay out of pocket for treatment. Delta, of course, has imposed this burden on patients by disallowing the assignment of benefits. The MDS will continue to have discussions with Delta regarding the importance of adding assignment of benefits contract provisions to all its programs,” said Moriarty.

The group in the forefront of addressing DD of MA’s alleged abuses is the Massachusetts Dentists Alliance for Quality Care (MDAQC). These doctors have challenged DD of MA at various public hearings and in the media. The MDCQA is part of a growing network of groups nationally confronting the apparent malfeasance of sundry entities under the Delta Dental umbrella.

“Delta’s recent action of punishing dentists that have ended their participation with Delta Premier has further solidified our belief that they will stop at nothing to destroy the patient-doctor relationship in Massachusetts,” said MDAQA president Jill Tanzi, DDS.

“Delta is sending letters to dentists’ patients that are deceptively written and suggest that the patient needs to find a new dentist. The letters should state that the patient can continue to see their own dentist, but it might cost more,” Tanzi said.

“Instead, it focuses on changing dentists, with specific instructions, when the patient absolutely has the right to stay with their own dentist and make the choice of paying a little more, and in some cases, it costs no more,” said Tanzi.

“Delta also is refusing to honor assignment of benefits (AOB) agreements between the patient and dentist, requiring the patient to pay for treatment in full, up front, and then be reimbursed by the ‘insurance’ company. Our organization is pushing legislators to pass an AOB bill in Massachusetts that will force dental insurance companies to pay the dentist directly if the patient desires,” said Tanzi.

“Our legislators need to understand that dental insurance is not insurance at all, and many plans are not acting in the patients’ best interest,” said Tanzi.

Tanzi also raised the issue of DD of MA audits utilized not for appropriate review, but as a punitive mechanism.

“We have also received many complaints from dentists that they are being unfairly audited by Delta and treatment is being reviewed to determine if it was necessary, retroactively. How can an insurer determine treatment when they have never seen a patient clinically? This is just another problem we are hearing about daily,” said Tanzi, noting comments in a letter that she received from a MDAQC member.

“Yes, of course, this letter risks further division with the dental community and DD of MA. But if you examine this company nationwide, they apparently do not care about that division,” the MDAQC letter said.

“First, they are acting like the giant monopoly/monopsony that they are. Second, it was certainly not fair or even-handed, but that is not the way this company operates. They focus on their profitability above all else, and have admitted that, and do not care about the patients who carry their benefits or the dentists who provide the actual care. Again, examine Delta Dental (DD) nationwide, and this is obvious,” the member’s letter continued.

“Third, that bridge has already been crossed, and because DD is such a giant company and uses fear tactics, they have most dentists afraid to decide to be an out-of-network (OON) office. They act punitively to those dentists that do decide to go OON via methods such as this letter and by not honoring assignment of benefits,” the letter said.

Erick Paul, who was vice president of network development for DD of MA from September 2016 to July 2019, was responsible for leading the company’s network contracting and creating the new fee methodology. After the Division of Insurance approved the new fee methodology, Paul left to create a network solution designed to help dentists profitably grow their practices. He is now president and CEO of Discount My Dental.

Paul says that many people at DD of MA are highly talented, ethical, and caring. Unfortunately, he says, many must sign off on troubling situations generated by more senior management.

“The letter used by Delta Dental of MA is like what is used by other Delta plans and insurance companies. It is important for patients to be empowered to make informed decisions about their care and avoid unexpected expenses. Yet I believe that conversation is more effective when it happens within the existing relationship between a dentist and their patient,” Paul said.

“The new fee methodology was a significant change for the dental community, and Section 3.2 of the methodology was designed to allow dentists the time to make an informed participation decision with the ability to terminate before the fee reduction became effective,” Paul said.

“In my opinion, using the letter at this time was heavy handed and not helpful for trying to maintain a productive relationship between Delta Dental and the dental community,” Paul said. 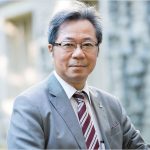 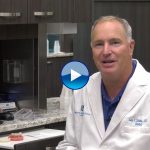 Next post How to Properly Perform Roundhouse Restorations
0 Shares