In a post on the company’s blog, ClearCorrect CEO, Jarrett Pumphrey, said, “Five years ago, we started ClearCorrect out of a passion to help. Doctors had no choice in clear aligners, and we wanted to change that. Since then, we’ve remained focused on changing the clear aligner industry. Well, now our ambitions have grown. I’m very happy to announce Phase Out, a new ClearCorrect project we’re kicking off this year. The purpose of the project: To change the world.”

ClearCorrect’s unique phase-based approach to clear aligners is at the heart of the project: Every ClearCorrect case includes a certain number of phases (a phase is a box with 4 sets of clear aligners).  More often than not, a few phases are left over at the end of treatment. Starting January 1, 2012, for each leftover phase, $20 will go toward phasing out life-impacting issues for people in need.

ClearCorrect is partnering with charity: water to launch the first of several Phase Out initiatives envisioned for the project:  phase out unsafe drinking water.

“It’s unbelievable that nearly a billion people on the planet still don’t have access to something so basic as clean drinking water,” says Pumphrey. “charity: water is an incredible organization working to change that. They have a big job to do, and we want to help them.”

Through Phase Out, every time a phase is left over at the end of ClearCorrect treatment, $20 will go toward building wells and other water projects in developing nations with charity: water. One phase = one person with access to clean, safe drinking water.

To learn more about this project or get involved, visit: http://clearcorrect.com/phaseout.

About ClearCorrect
Headquartered in Houston, Texas, ClearCorrect was founded by dentists to serve the dental and orthodontic industry by providing a more affordable and doctor-friendly clear aligner system. The system provides dentists and orthodontists an alternative to traditional metal braces when straightening teeth. With this system, teeth are straightened using a series of clear, custom, removable aligners. The company’s modern, needs-based approach for serving doctors and patients has earned it a leadership position within the dental industry.

Now in its fifth year, ClearCorrect continues to gain popularity with over 11,000 dentists who are providers.   For information about ClearCorrect, the company and its products, visit www.clearcorrect.com or call toll-free: (888) 331-3323.

About charity: water
charity: water is a non-profit organization bringing clean, safe drinking water to people in developing nations. 100%of public donations go directly to fund sustainable water solutions in areas of greatest need. Unsafe water and lack of basic sanitation cause 80 percent of diseases and kill more people every year than all forms of violence, including war. Children are especially vulnerable, as their bodies aren’t strong enough to fight diarrhea, dysentery and other illnesses. Just $20 can give one person access to a clean water project.  Learn more at: www.charitywater.org.

Previous post Some of the best removable work on display in Chicago! 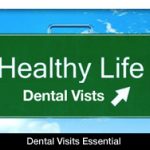