CDC: Half of American Adults Have Periodontal Disease

August 30, 2012 – Chicago – One out of every two American adults aged 30 or older has periodontal disease, according to new findings from the Centers for Disease Control and Prevention (CDC). A study titled “Prevalence of Periodontitis in Adults in the United States: 2009 and 2010,” estimates that 47.2 percent, or 64.7 million American adults, have mild, moderate or severe periodontitis. In adults over age 65, prevalence rates increase to 70.1 percent. This study is published in the Journal of Dental Research, the official publication of the International and American Associations for Dental Research.

The findings were collected as part of CDC’s 2009-2010 National Health and Nutrition Examination Survey (NHANES), a program of studies designed to assess the health and nutritional status of adults and children in the United States. The 2009-2010 survey included, for the first time, a full-mouth periodontal examination, making it the most comprehensive survey of oral health ever conducted in the U.S. The American Academy of Periodontology (AAP) has been working closely with CDC since 2003 to determine the extent, severity and prevalence of periodontal disease in the U.S.

Previous NHANES estimates of periodontal disease relied on partial mouth periodontal examination (PMPE) protocols that collected measurements from two randomly selected quadrants of the mouth and assessed probing depth and attachment loss at two sites per tooth. Because periodontal disease is not evenly distributed in the mouth, prevalence estimates from surveys using PMPE protocols may have underestimated the severity of the disease within the U.S. population by as much as 50 percent. The 2009-2010 NHANES survey collected measurements from six sites per tooth for all teeth (except third molars) in U.S. adults. Researchers assessed periodontitis because it is the most destructive form of periodontal disease; gingivitis was not measured.

The data indicate prevalence disparities among certain segments of the U.S. population. Periodontal disease is higher in men than women (56.4 percent vs. 38.4 percent) and is highest in Mexican-Americans (66.7 percent) compared to other races. Other segments with high prevalence rates include current smokers (64.2 percent); those living below the federal poverty level (65.4 percent); and those with less than a high school education (66.9 percent).

According to Dr. Paul Eke, MPH, PhD, lead author and CDC epidemiologist, the findings may drive public health policy decisions. “We have demonstrated a high burden of periodontal disease in the adult U.S. population, especially among adults 65 and older. Periodontal disease is associated with age, and as Americans live longer and retain more of their natural teeth, periodontal disease may take on more prominence in the oral health of the U.S adult population. Maintaining good periodontal health is important to the overall health and well-being of our aging population. Our findings support a need for public health programs to improve the oral health of adults.”

Co-author Robert Genco, DDS, PhD, Distinguished Professor at The State University of New York at Buffalo and Past President of the American Association for Dental Research (AADR) and the International Association for Dental Research (IADR), believes these findings elevate periodontal disease as a public health concern. “We now know that periodontal disease is one of the most prevalent non-communicable chronic diseases in our population, similar to cardiovascular disease and diabetes.”

The American Academy of Periodontology’s Comprehensive Periodontal Therapy Statement, published in the July 2011 issue of the Journal of Periodontology, outlines specific procedures that should be included in annual comprehensive periodontal evaluations to receive an accurate diagnosis, including both probing depth and attachment loss measurements.

About the American Academy of Periodontology
The American Academy of Periodontology (AAP) is the professional organization for periodontists – specialists in the prevention, diagnosis, and treatment of diseases affecting the gums and supporting structures of the teeth, and in the placement of dental implants. Periodontists are also dentistry’s experts in the treatment of oral inflammation. They receive three additional years of specialized training following dental school, and periodontics is one of the nine dental specialties recognized by the American Dental Association. The AAP has 8,400 members world-wide.

EDITOR’S NOTE:
To speak with an AAP spokesperson or to receive b-roll featuring AAP President Pamela McClain, DDS, please contact Meg Dempsey at 312-573-3242 or meg@perio.org. To receive a copy of the study, please contact IADR/AADR Marketing and Communications Manager Ingrid Thomas at ithomas@iadr.org. 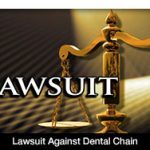 Previous post Lawsuit Will be Brought Against Dental Chain 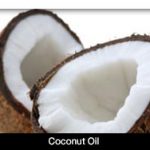