Lawsuit Will be Brought Against Dental Chain

A lawsuit against an upstate New York dental chain will proceed.

A New York judge denied a request by Small Smiles to dismiss the lawsuits that claim the dentists at the chain carried out unnecessary procedures and restrained children in some cases.

Three lawsuits were filed on behalf of 30 children in the area of Schenectady, Syracuse and Rochester.

According to Judge John C. Cherundolo, “The defendants appear to have intended to injure the infant plaintiffs by subjecting them to harmful and unnecessary dental procedures well before they stepped through the door at a Small Smiles clinic. This intentional misconduct was part of the alleged scheme to generate revenue as quickly as possible.”

Small Smiles was a dental chain that provided dental treatment to children on Medicaid. Two years ago, the chain paid $24 million amid allegations of fraud. Small Smiles filed for bankruptcy in February. The chain currently has 63 dental offices in 19 states, but New York is no longer one of them. The company will no longer operate offices in New York.

The lawsuits claim that the main goal for these dental offices was to make money, rather than look out for the patients’ well-being. Dentists were allegedly trained in ways to achieve a profit, which included performing work that was completely unnecessary in many cases. The dentists were also trained to spend as little time as possible with each patient, which meant some patients had to be restrained.

Small Smiles also put together a script that enabled the dentists to get the parents to consent to these restraints. The dentists told the parents the alternative was anesthesia, so many of the parents allowed the restraint of their child. Subsequently, some of the children encountered emotional problems after being restrained.

The first of three trials will commence in February. 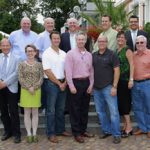