Brain rhythm predicts ability to sleep through a noisy night

People who have trouble sleeping in noisy environments often resort to strategies like earplugs or noise-canceling headphones that muffle the sound, but a new study from investigators at Massachusetts General Hospital (MGH) may lead to ways to block disturbing sounds within the brain. The team reports finding a brain-wave pattern, reflecting activity of a key structure, that predicts the ease at which sleep can be disrupted by noise.

“We wanted to investigate what the brain does to promote stable sleep, even in the face of noise, and why some people are better at staying asleep than others,” said Jeffrey Ellenbogen, MD, chief of the MGH Division of Sleep Medicine. “Understanding the tools and techniques the brain naturally uses could help us harness and expand those responses to help stay asleep in noisy environments.”

Upon entering the brain, most sensory information, including sound, passes through a deep-brain structure called the thalamus on its way to the cortex where signals are perceived. Communication between these structures continues during sleep and is reflected by fluctuations in the brain’s electrical field, producing rhythmic patterns detected through electroencephalography (EEG). Typical EEG patterns are used to distinguish stages of sleep, and in the second and third stages, slow brain wave patterns are interspersed with brief, rapid pulses called spindles.

Previous research suggested that brain activity producing spindles, which only appear during sleep, also keeps sensory information from passing through the thalamus, a hypothesis the current study was designed to test. The team enrolled 12 healthy, adult volunteers, each of whom spent three consecutive nights in the MGH sleep lab. EEG readings were taken throughout each night, the first of which was quiet. During the next two nights, participants were regularly subjected to increasing levels of noise until their EEGs indicated they were no longer asleep.

Analyzing the results revealed that each participant maintained a consistent, night-to-night spindle rate and that those with higher rates on the quiet night were less likely to be aroused on the noisy nights. Participants often were not aware that their sleep had been interrupted, Ellenbogen notes, indicating that environmental noise can have a greater impact on sleep quality than an individual may realize.

“We were surprised by the magnitude of the effect,” he said. “We designed the study to follow participants for 3 nights to capture a lot of data, but the effect was so pronounced that we could see it after a single ‘noisy’ night. Now we want to study behavioral techniques, drugs or devices that may enhance sleep spindles and see if they can help people stay asleep when confronted with noise and maintain otherwise healthy, natural sleep.”

An assistant professor of Neurology at Harvard Medical School, Ellenbogen hopes this work will be particularly helpful to hospital patients, who are under stress and need quality sleep but are surrounded by often-noisy equipment.

“We need to work with hospitals around the country to develop solutions, targeting sounds like alarms to the people who need to hear them and not those who don’t,” he said. “Brain-based solutions like enhancing sleep spindles will likely have a role in these strategies.” 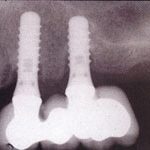 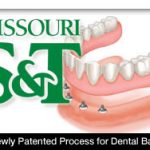