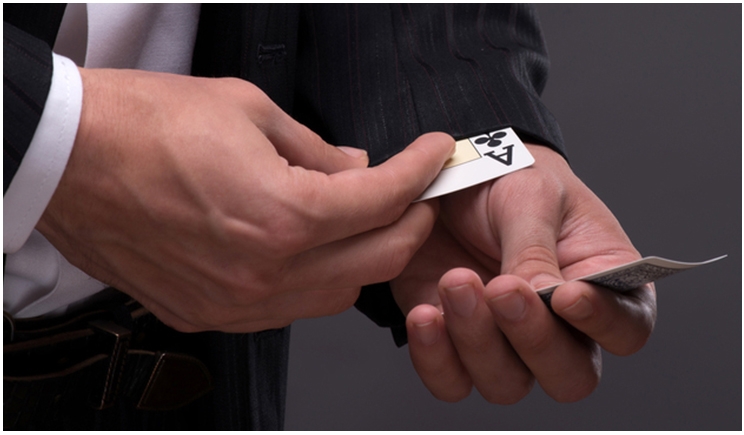 Small-business dentistry is no longer the same industry it was even a decade ago. Profit margins are squeezed ever tighter. Government rules and regulations have expanded. At a cost, new technologies—the right technologies—present expanded opportunities. A good consultant could help navigate a host of problems and greatly enhance a business. Consultants are potentially an invaluable asset.

In earlier times, there were many expressions and attitudes proffered by senior doctors that no longer apply (if they ever did). “Build it and they will come” and “Be good to your patients, and they’ll be good to you” may sound reasonable, but could result in demise of a business in the wrong demographic. “Focus on being the best doctor you can, always enhancing your clinical skill, and the business will take care of itself” is a wonderful platitude, but it may land you flat on your face.

Consultants can help small-business dentists achieve greater progress toward their goals. The wrong consultant could result at worst in bankruptcy or at the least in a seriously diminished bank account. In former times, older doctors advising junior colleagues would term a negative experience with a consultant a costly learning experience. Unfortunately, in today’s dental industry with margins cut to the bone, there is little room for such experiences in business survival.

To follow are three fictitious examples of dental consultants who represent the very worst in their industries. Any resemblance to actual persons or their companies is strictly coincidence.

Dr. Nick Machiavelli initially built a dental practice focused on servicing elders in nursing homes. He was a champion of Medicaid fraud and enjoyed the cash flow of this largely unregulated criminal business model for many years. Eventually, his state dental board took notice after the complaints of numbers of patients and state Medicaid authorities.

Machiavelli was offered an option. He could contest the alleged violations formally or elect not to renew his dental license and relocate to another state without facing disciplinary action. He left the state and become the problem of other authorities to handle. All the while, Machiavelli expanded his continuing education in dentistry and achieved great educational standing and recognition among unsuspecting peers.

Eventually, Machiavelli purchased a franchise to broker dental practices. As a respected colleague and fellow doctor, he maintained great trust within the dental community. He authored numbers of articles to help educate dentists about the business aspects of dentistry. He helped sponsor seminars to elevate dentists’ understandings relating to the business of dentistry. Unfortunately for the dental profession, Machiavelli was not to be trusted.

Machiavelli certainly enjoyed the money he acquired scamming colleagues by misrepresenting dental practices. More satisfying to him was the intense pleasure in breaking down fellow doctors into financial ruin. He took great pride in selling practices that were “unsellable.” These problems were often from problematic dentists who were drug or alcohol dependent, or they were practices centered upon consumer or insurance fraud. The buying doctors were crushed financially, emotionally, and spiritually, which was the true passion of Nick Machiavelli.

Eventually, Machiavelli split from this practice brokerage firm, with an ensuing legal battle of “skunk versus skunk.” Today, he works in his own firm as a practice analyst, consultant, and fraud investigator.

Harry “Taco” Bell was formerly known as Hector “Taco” Beltran before immigrating to the States from Tijuana, Mexico, as a teenager. Bell was always an opportunist and entrepreneur, as he is to this day. Bell established his own pushcart taco lunch stand at the age of 13. His downscale customers demanded low-cost but filling fast food. Standard meats weren’t economically a viable option from the local carnicero (butcher). Bell improvised and adapted, allegedly by using questionable ingredients.

Harry “Taco” Bell built his reputation as a consultant more upon the sizzle on Internet sites than on actual substantive achievement. He marketed to optometrists, chiropractors, podiatrists, veterinarians, and dentists. He fronted as a demographics master. He seemingly held the economic pulse of every demographic, positive or negative, throughout the nation. Bell’s most effective draw for clients has been his myriad instructional videos.

Late night infomercials may have catapulted Billy Mays Hays and Vince Offer, “The ShamWow Guy,” to fame and fortune. However, no less obnoxiously effective is Harry “Taco” Bell and his over-the-top sales pitch videos to healthcare professionals.

Bell unfortunately is far less effective than his sales hype implies. Many of his instructional videos are fully plagiarized verbatim directly from business and industry publications. Bell pays certain dental online study club websites to maintain his videos. He must assume dental professionals are too lazy or stupid to actually familiarize themselves with material outside their chosen field. But he’s been right about this ignorance enough to maintain an ongoing consulting firm and supportive staff for many years.

One only wonders why this sham house of cards hasn’t collapsed. This fast-food namesake, Harry “Taco” Bell, sells eye-popping pizazz without much substance for his doctor clients.

Dr. Jake “the Snake” Ponzi formerly was the owner of a high-end multi-dentist practice. His largest clinical producer and “rainmaker,” Dr. Diablo, was deep into pedophilia deviance and drug abuse. Another doctor in the practice and staff members continually advised Ponzi of the damage generated by Diablo in their community. The Snake was repeatedly informed of Diablo’s potential to seriously harm the reputation of the practice and that retaining him was wrong ethically and morally as well as a future financial threat. Ponzi thought the immediate revenue stream Diablo produced was more important than other considerations.

Eventually, Diablo’s activities came to a head. He was indicted for a “liaison” with an under-aged boy and for contributing to the delinquency of a minor by inducement with drugs and alcohol. There was a crap-storm in the local newspaper and media generally. This once top 10% dental practice was teetering on the edge of collapse.

Ponzi bailed out on what he assumed was a destroyed dental practice and sold out to former associates. These new owners turned the practice around and regained the trust of the community. In short time, the new doctor/owners and their ethical management style were producing just short of $20 million annually. This was triple what was formerly generated under Ponzi’s leadership.

Now out of clinical dentistry, Jake “the Snake” Ponzi became a household name in the dental consulting industry. He holds top announcement billing on the speakers lists of very notable conferences. The Snake assumed credit for the work of his former associates and for building up his former dental practice. He advertised, “You too can have the $20 Mil practice, just like I did” and “If I can establish a dental practice in the top 1% of production in a small working class Podunk community, so can you.”

One element of his consulting that has been especially deleterious is his boilerplate schemes to transform dental practices within challenged demographics into non-insurance-dependent practices. Numbers of practices have nearly folded, with legal actions ensuing.

In reality, Ponzi’s sales pitches were based upon lies. His former practice demographic was in a rapidly growing upper-middle-class smaller city, not some down-and-out backwater town. He had nothing to do with the more recent growth of this upper echelon dental practice (now in the top 1% of producing practices).

On the personal character level, the Snake may not have been guilty of heinous crimes. But he certainly valued the revenues generated by a very sick and twisted employee/provider over the health and welfare of his former patients and community. Truth and ethics were always moving targets for Jake the Snake, and they continue so today.

You and the prosperity of your small business dental practice cannot afford to encounter destructive “experts” like the ones described in these hypothetical examples. One must keep at arm’s length from such charlatans and crooks. How?

Next, we’ll discuss advice from ethical consultants. Yes, they’d like your initial business, but also your repeated client patronage throughout your career. They build their client base upon long-term relationships and the long-term success of their doctors.

It was essential we enter into Dante’s “Nine Circles of Hell” with this first segment. Doctors must see some of the many traps set and waiting for them. Doctors, there’s a bullseye painted on your back. However, with this knowledge, one is better equipped to gain full benefit and appreciation of ethical consultants. Yes, soar with the eagles.

Is Your Dental Waste Handler Part of the Mob? 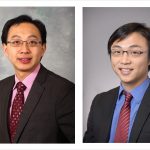 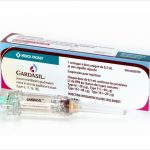