Are We Headed for a Nationwide Syringe Shortage? 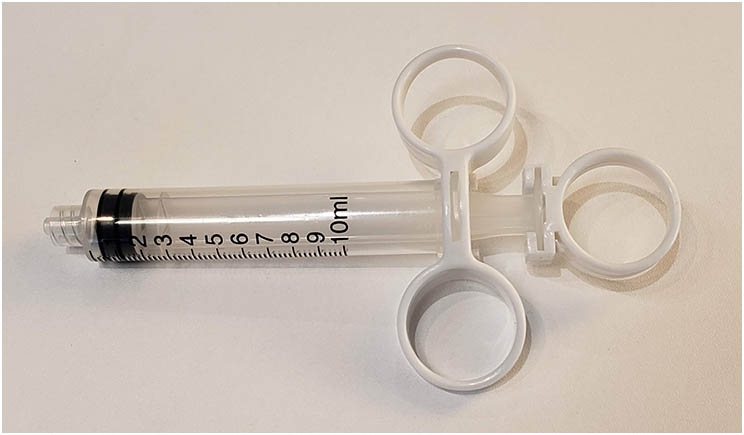 During the height of the pandemic, there was widespread coverage in the media about nationwide personal protective equipment (PPE) shortages. And for good reason. We all know the role PPE plays in keeping our frontline workers safe, as well as the rest of the population.

ActionPPE, the Charleston County Medical Society’s (CCMS) nationwide collective buying initiative created by doctors for doctors, launched in March 2020 specifically to guarantee that healthcare providers had consistent access to the PPE necessary to keep their practices open, so they could safely provide the care their patients depended on.

PPE shortages still continue, but nowhere to the extent we experienced last spring. Now there is light at the end of the COVID-19 tunnel, as rates of infections and hospitalizations continue to decline or flatten in most areas of the country. The vaccine rollout is having the effect we all hoped it would.

But vaccinating more than 300 million individuals presents its own supply chain challenges. Along with getting the vaccine to the right place at the right time, it requires a massive number of syringes, especially considering that the Moderna and Pfizer versions require two doses. Of course, syringes are also used in myriad other healthcare applications, including diabetes treatments and flu shots—and in dentists’ practices.

Dentists’ PPE needs have been largely put on the back shelf during the pandemic, especially in the early days when we were all in lockdown. But as regions open up and individuals gear up for a return to normalcy, an increase in visits to dental offices will follow suit.

That means dentists will need syringes, and they will be competing, for lack of a better word, with providers offering vaccines and other health services.

The Rise of the Disposable Syringe

The modern hypodermic needle and syringe was invented in 1853 and has maintained much of the same characteristics. Today, most syringes are manufactured from glass or plastic. In recent years, single-use disposable syringes have been in more widespread use than reusable products.

We have come to expect that this product will be on hand and able to be used as needed.

The United States currently manufactures around 663 million syringes a year, though the federal government says an additional 850 million will be required for vaccine distribution. Without the manufacture of the additional syringes, the rollout of a COVID-19 vaccine could be stalled and hurt the government’s attempts to stop the spread of the virus.

The world’s largest syringe maker has reported that it doesn’t have the capacity to substantially increase the United States’ supplies of the specialty syringes required to inoculate people with the COVID-19 vaccine in the weeks and months ahead. While the federal government does have contracts with other manufacturers, it is not clear whether or not these manufacturers can meet the demand for the specialty syringes.

Also, there are rising incidences of dental and oral diseases as they relate to diabetes, multiple sclerosis, dental diseases, trauma, and other lifestyle diseases. The increase in the number of diabetic patients alone is creating the need for more disposable syringes, as this group is at high risk of suffering from a variety of oral disorders, such as gingivitis, dry mouth, periodontitis, thrush, and oral burning, among others.

Finally, there is the steady increase in popularity of cosmetic dentistry and dental aesthetic surgeries to improve oral appearance.

Any shortage of syringes will have a devastating effect on patients and medical providers. Imagine a person with diabetes not being able to inject insulin to control the disease. Or of a dentist not being able to administer anesthetic before a dental procedure. Add to this the millions of more needles or syringes needed for annual medical use.

The result? A fragile supply chain, overburdened with demand for product.

There is a good possibility that regional or national shortages of syringes and needles will occur. Just recently, a lack of pen needles in the Southwest region of the United States created a two-week shortage, causing a delay in diabetic patients being able to use their prefilled medication.

We’ve been through this before with PPE. Let’s learn from the past, remain vigilant, and stock up to avoid these potential shortages.

Mr. Crates is an accomplished global supply chain quality assurance (QA) executive with a 42-year history with Cardinal Health, a Fortune 15 pharmaceutical and medical device manufacturing/distribution business. Throughout his career, he has led all aspects of QA, including policy and procedure, inspections and audits, regulatory compliance, risk mitigation, product management, and QA training. He has extensive experience in managing global regulatory bodies, integrating acquisitions into the QA infrastructure, and leading business units through crisis situations. He is recognized by state and federal agencies as a subject matter expert on regulatory issues and policy. He also is the compliance lead at ActionPPE, a nationwide collective buying initiative created by doctors for doctors.

Half of All Dental Practices Now Reporting Business as Usual

Consumers Say PPE Use Should Continue Once the Pandemic Is Over 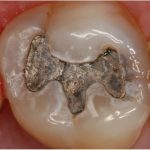 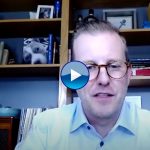