CHICAGO (Aug. 1, 2013)—The Academy of General Dentistry (AGD) today commended the U.S. Congress for passing the Bipartisan Student Loan Certainty Act of 2013 (House Bill 1911), which rolls back and restructures federal student loan interest rates. The legislation passed the Senate on July 24 and the House on July 31.

Dental student debt has been a top federal legislative priority for the AGD since 2012. “The educational debt of newly graduated dentists has nearly doubled in less than 10 years,” says AGD President Linda J. Edgar, DDS, MEd, MAGD. “New practitioners often have educational debt of more than $220,000. That financial obligation forces many to enter more lucrative practice positions rather than choosing practice options that may be less lucrative but meet the needs of underserved populations.”

For the past two years, AGD members have partnered with American Student Dental Association (ASDA) members to conduct 280 meetings with federal legislators regarding the personal, professional, and societal cost of educational loans. In addition to members’ meetings with their elected officials during the AGD Government Relations Conference, several AGD leaders and ASDA members met with policymakers and agency officials to discuss possible solutions to the student debt crisis.

“From the end of 2011 to May 2013, student loan debt increased 20 percent, and outstanding student debt was projected to reach $1.2 trillion as of May 2013,” says AGD Immediate Past President Jeffrey M. Cole, DDS, MBA, FAGD, citing data reported by the Consumer Financial Protection Bureau. “Even consumer credit card debt isn’t increasing that quickly. Something has to be done.”

“Now that Congress has completed its work on student loan interest rates, the AGD hopes it will focus on other, more fundamental issues concerning student debt, such as the ever-increasing costs of tuition and the overall affordability of higher education,” Dr. Edgar says. “The AGD is ready to partner with legislators to address the issue of student debt and its impact on our ability to provide dental care to those who need it.”

About the Academy of General Dentistry
The Academy of General Dentistry (AGD) is a professional association of 38,000 general dentists dedicated to providing quality dental care and oral health education to the public. AGD members stay up-to-date in their profession through a commitment to continuing education. Founded in 1952, the AGD is the second largest dental association in the United States, and it is the only association that exclusively represents the needs and interests of general dentists. A general dentist is the primary care provider for patients of all ages and is responsible for the diagnosis, treatment, management, and overall coordination of services related to patients’ oral health needs. For more information about the AGD, visit www.agd.org. The AGD is a member of the Partnership for Healthy Mouths, Healthy Lives, a first-of-its-kind national dental coalition composed of 35 leading dental health organizations. The Partnership’s campaign is designed to educate parents and caregivers on how to improve their children’s oral health in simple ways. The campaign offers families oral health resources through the website 2min2x.org. 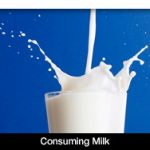