Accelerated Treatment in a Multidisciplinary Case

Despite significant advances in orthodontic treatment as evidenced by numerous new devices and modalities, the only effective techniques that have increased the speed in which teeth move through alveolar bone have involved extensive surgical options.1 Teixeira et al2 have documented that bone remodeling can be accelerated through the use of microperforations and the resulting increase in local levels of cytokine activity around a tooth. By doing so, the rate of tooth movement during orthodontic treatment can be increased and total treatment time can be reduced. The challenge for practitioners, however, has been how to accelerate bone remodeling locally in a way that is minimally invasive to the patient.

CASE REPORT
Diagnosis and Treatment Planning
The patient was a 31-year-old female with a chief concern of aesthetics, specifically referencing the “space” between her front teeth. She also noted that her teeth had begun to move considerably following the extraction of her lower molar (No. 19), which occurred 10 weeks prior. The patient also expressed her concerns about finishing treatment as quickly as possible.

The patient presented with an anterior diastema of 2.5 mm between her central incisors. Upper and lower arch length discrepancies, a transpalatal width of 43 mm and mild lower crowding. A maxillary overjet of 4.0 mm, with bicuspid rotations of 10° and an extruded first molar (No. 14) of 2.0 mm (Figure 1) were noted. The patient’s preoperative radiographs (Figure 2) showed a recently extracted molar (tooth No. 19) with a normally healing bony socket site, acceptable restoration integrity, and no decay was noted in the visual examination or in the radiographs.

The treatment goals included rotation of the lower incisors on their axis with minimal proclination in order to avoid possible anterior collision, resolution of the crowding, rounding out the lower arch, and intrusion of the upper molar (No. 14) to allow room for the implant abutment and crown. Correction of the patient’s midline and closing of the patient’s diastema were also primary goals.

Treatment Details
The patient was treated with Invisalign clear aligners in conjunction with the use of Propel to accelerate tooth movement, shorten the total treatment time and enable implant placement during the orthodontic treatment.

A total of 17 upper and 11 lower aligners were used, with the patient changing aligners once every week instead of the standard change interval of every 2 weeks. This change in aligner protocol was possible due to the concurrent use of Propel, essential for expediting the rate of tooth movement and to better aligner tracking with this patient.

At 5 weeks into treatment, the upper spacing and lower crowding were resolved, the arches were sufficiently rounded out, and the implant was placed for tooth No. 19 (Figures 3 and 4). The patient was treated for an additional 5 weeks until tooth No. 14 had intruded and sufficient space was created to allow for the abutment and restoration of tooth No. 19.

Patient Records and Invisalign ClinCheck Treatment Plan
During the first appointment, initial records were taken, including x-rays and iTero digital scans (Align Technology) of both arches with bite. Interproximal reduction (IPR) distal to cuspid tooth No. 11 of 0.5 mm, 0.5 mm distal to the right canine (tooth No. 11) and 0.4 mm distal to the premolars (teeth Nos. 12 and 13) was requested to correct the midline, enable room for intrusion of No. 14, and to achieve better posterior occlusion. IPR of 0.2 mm between the lower incisors (total of 0.8 mm) was requested to resolve crowding (Figure 5). Additionally, as requested, the aligners for the lower arch were modified to be 3 mm short of the gumline to avoid impingement of the gum at the extraction site.

Aligner Delivery and Propel Treatment
Aligner sets Nos. 1 to 5 were delivered at this appointment and attachments were placed on the appropriate teeth as prescribed in the ClinCheck treatment plan.

Prior to any IPR or treatment with Propel, the patient was treated with an effective topical anesthetic gel (10% prilocaine, 10% lidocaine, and 4% tetracaine) (Profound [Steven’s Pharmacy]). The patient was also instructed to use a chlorhexidine rinse (Peridex [3M ESPE]) for 60 seconds, both before and after the Propel treatment. There is no recovery time or swelling associated with this treatment, and numbness experienced by the patient usually wears off about one hour after treatment.

Using the Propel Excellerator RT delivery device (Figure 6), micro-osteoperforations were placed intradentally between the roots from the upper first molar mesial and distal of teeth Nos. 3 to 14 on the upper arch and lower arch from tooth No. 30 to the mesial of tooth No. 20 (Figure 7a). No micro-osteoperforations were performed intradentally for teeth Nos. 18 or 19 (Figure 7b). All prescribed IPR was also performed at this time since the patient was already anesthetized.

As the use of Propel stimulates the alveolar bone to increase cytokine activity and induce an inflammatory response, no micro-osteoperforations were made distally of tooth No. 20 so as not to risk the healing of the post-extraction bone or impending implant.

The depth of the micro-osteoperforations between teeth Nos. 13 and 14 was increased to 5.0 mm in order to create the necessary stimulation to clinically achieve the desired amount of intrusion for tooth No. 14 (Figure 7c; please note the gutta-percha).

Developed by university researchers, Propel is a simple chairside procedure that takes minutes, produces little discomfort to the patient and has been shown to significantly accelerate the rate of tooth movement (2.3 times faster).3

At this point into treatment, the upper spacing and lower crowding were resolved, the arches were sufficiently rounded out, and the CT scan showed sufficient bone density (Figure 8), for the evaluation of implant to be placed and selected (5.0 x 10 NobelActive Internal RP [Nobel Biocare]).

Treatment After the Propel System
Immediately after performing the micro-osteoperforations with Propel, the patient was given aligner sets Nos. 2 to 6 and was instructed to continue the wear of the first set of aligners for an additional week. This was done to allow time for the micro-osteoperforations to stimulate cytokine activity, accelerating alveolar bone remodeling and enabling accelerated tooth movement. For aligner sets Nos. 2 to 6, the patient was instructed to change aligners every week in order to ensure continuous force from the aligners.

The patient was instructed to return back to office after 6 weeks to evaluate aligner tracking and to check the interproximal contacts. The patient’s compliance and tracking were excellent and no additional use of Propel was needed (typical cases may require one to 2 rounds of Propel throughout the entire course of treatment).

After 12 weeks, all planned movements in both the upper and lower arches were successfully achieved and all attachments were removed. In order to ensure sufficient osseointegration, the placement of the abutment and final restoration on tooth No. 19 was not performed until 3 months after the original implant placement. Taking into account the time for the implant placement and healing, the total treatment time for this case was 14 weeks.

Follow-up photos and radiographs showed that the integrated implant was within normal limits (Figures 9 and 10). The patient was given a Vivera retainer (Align Technology) to be worn approximately 18 hours per day for retention for the first year. A fixed lingual cuspid-to-cuspid retainer was also placed on the lower arch at that time.

One-year post-treatment, it was recommended that the patient return for an implant followup and for an evaluation for an upper splint or continuation of the retention protocol with clear retainers (for nightly wear).

It is well documented that the use of osteoperforations increases cytokine activity and resulting osteoclast and osteogenic activities.4 In the short term, this serves to decrease the trabecular bone density, enabling greater movement of teeth in less time. However, as is evidenced in the i-CAT FLX 3D Cone Beam (a brand of KaVo Kerr Group distributed exclusively through Sullivan Schein) imaging scans taken one-year post-implant (Figures 11 to 13), the bone density around the implant area in this patient appears to have been altered, creating more dense patterns of trabecular bone. As is noted in the literature, other minimally invasive orthodontic treatments such as temporary anchorage devices (TADs) result in bone tissue turnover and increased density of the adjacent alveolar bone.5 Similarly, localized bone injury as a result of the minimally invasive Piezocision procedure, triggers a cascade of localized events including intensive osteoclastic as well osteogenic activities.4 It is hypothesized that in the long term, similar localized bone stimulation as a result of micro-osteoperforations may alter the pattern of the trabecular bone density, resulting in more dense patterns of trabecular bone. Therefore, this technique may be ideally suited for use with combination orthodontic and, in this case, implant placement concurrent with orthodontic treatment.

The beneficial effects on trabecular bone density with this patient have been consistent with the results noted in the more than 50 other clear aligner and micro-osteoperforation cases treated.

CLOSING COMMENTS
The case presented was completed within a shorter treatment time than would be expected with traditional orthodontic treatment alone, without sacrificing ideal clinical goals. As this case also required restorative treatment, the use of micro-osteoperforations was the key to ensuring that the necessary orthodontic goals were achieved, enabling seamless restorative work within a treatment timeframe that was acceptable to both the doctor and patient. The one-year postoperative CT scans (Figures 11 to 13) demonstrate that there is no root resorption and also show more evident density of the bone trabeculae.

Dr. Ataii received his DMD from the Tufts Dental School and has more than 2 decades of clinical experience. He has treated almost 1,000 patients with clear aligners in combination with oral appliances, most recently utilizing the micro-osteoperforation technique. He has spearheaded numerous beta testing and clinical research projects, resulting in multiple dental journal publications and national television features. He has lectured around the world and is committed to bringing positive changes to dentistry and allowing patients to reap the benefits of modern dental technology. He can be reached at ataiidmd@gmail.com. 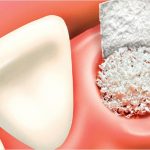 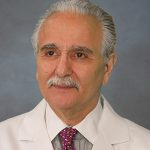 Why GPs Should Pursue Orthodontic Training