﻿INTRODUCTION
Tetracyclines have proven to be effective antibiotic agents, but they can create a real dental problem1 (Figure 1). It should be noted that tetracycline has several analogs, which include: doxycycline, oxytetracycline, minocycline, chlortetracycline, and demeclocycline. If ingested by an expectant mother during the third trimester or by a child during tooth formation stages between 3 and 4 months and 7 to 8 years, tetracycline can be deposited in the tooth buds, causing significant discoloration.2,3 It also may be deposited in teeth during early adult years if taken on a long-term basis (eg, for acne treatment), especially if taken during secondary dentin formation, during growth periods, or following trauma to the teeth. The result of this deposit is a distinctive and persistent discoloration that includes varying intensities of yellow, gray, blue, or brown. Its most characteristic overtone is a bluish-gray.4-6
Treatment planning for severely tetracycline-stained teeth usually involves placement of veneers or crowns to cover the darkened teeth.7-8 It is usually the severity of the stain that may discourage any attempt to whiten the teeth using bleaching agents. Reports have shown that significant im­provement in severely stained teeth can be achieved if the dentist and patient are willing to undergo a greatly extended bleaching regimen.9-12 However, these extended ap­proaches do not totally re­move all of the grayish and bluish undertones.
While crowns and/or veneers may ideally be the final step in achieving excellent aesthetic results, the patient’s financial circumstances may preclude this more costly treatment approach. The patient should be offered tooth whitening as an excellent and relatively low cost approach to minimizing the discoloration even if veneers or crowns are beyond the patient’s financial means; the following case report presents such a situation.

CASE REPORT
Diagnosis and Treatment Planning
The patient reported to the School of Dental Medicine (University of Colorado) for routine evaluation to determine his dental needs. Examination revealed that the condition of his hard and soft tissues was good with no detectable caries lesions, gingival infections, or significant tissue recession. His health history revealed no contraindications to dental treatment.
During the examination, severe discoloration resulting from tetracycline staining (Before Image and Figure 2) was noted. The patient was asked if he had considered the possibility of whitening his teeth. The patient stated that he had been informed by a previous dentist that nothing could be done except to crown his teeth. The expense of having 8 maxillary and mandibular teeth crowned was too great, so he had accepted that he was doomed to have an unattractive smile. Subsequent discussion with the pa­tient revealed that he greatly desired a more attractive smile, if this could be accomplished within his budgetary limitations.
A fee based on a long-term whitening treatment for him was developed and proposed. The patient readily agreed to the process and costs involved. Because of scheduling problems, it was decided that an at-home treatment would be the best way to initiate the bleaching process.

At-Home Bleaching Begun
A custom tray with reservoirs was fabricated and the patient issued Opalescence (Ultradent Products) bleaching gel syringes (Figure 3) in concentrations of 10%, 16%, and 20% to use for 3 to 4 weeks until he could return. All these concentrations have been shown to be effective in achieving tooth whitening.11 (Gel bleaching products similar to the Opalescence bleaching gel are available from other manufacturers.) The patient was warned about the possibility of developing tooth sensitivity and informed what to do if it occurred. The patient was then dismissed with another appointment scheduled for 3.5 weeks later.
Due to scheduling difficulties on the part of the patient, he did not return until after 5 weeks had lapsed. Clinical evaluation revealed distinct improvement, although the blue-gray discoloration still persisted, especially in the cervical one third of the teeth. The patient stated that he had experienced some sensitivity so he had discontinued the whitening for a day and the sensitivity diminished. He was not experiencing any discomfort at this second appointment. Despite the remaining discoloration and intermittent sensitivity, the patient was very happy with the interim results and highly enthusiastic about continuing the whitening process.

In-Office Bleaching Technique Started
It was then decided to use a combination of in-office “power” bleaching and at-home bleaching in an effort to speed the progress. Opalescence Xtra Boost (Ultradent Products) (Figure 4) was chosen for the in-office procedure. This professionally applied gel contains 38% hydrogen peroxide and is supplied in a syringe containing 2 solutions that are mixed together within a syringe immediately before application. This mixing procedure activates the hydrogen peroxide release.

A rubber dam was placed, the teeth cleaned with fine pumice, and the Xtra Boost applied to the target teeth according to manufacturer’s directions (Figure 5). The patient was informed that he might experience discomfort beginning as a slight “tingling” or “awareness” of the teeth. To prevent sensitivity from developing to the point of distinct discomfort, the patient was told to inform the dentist as soon as any discomfort began. The gel was left in place for approximately 15 to 18 minutes and then rinsed away. The teeth were lightly dried and the results were checked. There ap­peared to be little change. Because the patient stated that he felt no sensitivity, a second application was done in the same manner as described above. The gel was left in place for 15 to 18 minutes and then rinsed away. Three application cycles were carried out. After the third application and rinsing, the procedure was halted and the shade changes were evaluated. Observation revealed that the teeth definitely appeared lighter in color. How much of the color change was due to the bleaching process and how much to dehydration from rubber dam isolation was impossible to accurately assess at the time. The patient was beginning to experience some discomfort, so no more applications were made.
The patient was given a syringe of potassium nitrate 5% with stannous fluoride to decrease the sensitivity. The patient placed the desensitizing gel in the bleaching tray in the same way that the bleaching gel was used. The patient was also given another 4-week supply of at-home bleaching syringes (10% and 16% carbamide peroxide) to use. He was instructed not to recommence bleaching until the sensitivity had stopped.
The patient returned in 5 weeks reporting that he had experienced discomfort after the in-office treatment so he had delayed at-home bleaching for about 5 or 6 days. Comparison with the original shade tab and preoperative photographs proved that the whitening was continuing, albeit more slowly.
In-office bleaching was again performed using Xtra Boost, applied using the same protocol as for the previous in-office treatment. After 2 applications, the treatment was halted because the patient reported sensitivity. The patient was again provided with 10% carbamide peroxide for use in the bleaching tray.
Although the patient was ap­pointed in 4 weeks for re-evaluation, his personal schedule prevented his return until approximately 6 weeks later. The teeth continued to show progress in the whitening process but, as was anticipated, the rate of change had significantly slowed. The patient agreed to one more cycle of at-home whitening.
When he returned in 4 to 5 weeks, it was noted that the degree of change was relatively minor. The patient was reluctant to continue the whitening because of cost and the inconvenience of traveling from his home in a town some distance away. Placement of porcelain veneers to achieve the final goal of a very attractive smile was again discussed. He chose not to undergo this procedure because of cost, time involved, and inconvenience (After Image and Figure 6).

DISCUSSION
In this case, the change was profound enough that the patient expressed satisfaction with the results achieved. It was very clear that the patient, who had been quite reluctant to smile before treatment, had developed a ready smile postoperatively. As is obvious in the photographs, the teeth still retained a bluish-gray overtone, especially in the cervical area. Despite this, the teeth had lightened enough to have the patient feel that his smile was attractive.
This bleaching process was considered successful with relatively low cost to the patient and without destroying healthy tooth structure. While optimal aesthetic treatment would have included ceramic veneers, the less-than-optimal results satisfied the patient, especially since the treatment was also within his budgetary limitations.

CONCLUSION
Conservative treatment, such as that realistically described in this article, should always be considered for patients who have limited financial resources. Patients should be in­formed that treatment plans do not have to be on an “all-or-none” basis.

Dr. Wilson is associate professor and chairman, Department of Restorative Dentistry University of Colorado School of Dental Medicine, in Aurora, Colo. He can be reached at daniel.wilson@ucdenver.edu.

Dr. Berry is a professor in the Department of Restorative Dentistry at the University of Colorado School of Dental Medicine, in Aurora, Colo. He can be reached via e-mail at thomas.berry@ucdenver.edu.

Dr. Elashvili is assistant professor in the Department of Restorative Dentistry at the University of Colorado School of Dental Medicine, in Aurora, Colo. She can be reached at ana.elashvili@ucdenver.edu. 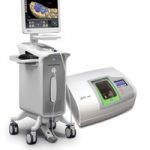