ST. PAUL‚ Minn. – (Feb. 6‚ 2014) – For the ninth consecutive year, The Anaheim Group, distributor of Dental Fax Weekly, has named 3M ESPE as the most innovative company in the worldwide dental industry. The recognition, published in the 2013 Dental Industry Review, is based on new product approvals and international patents—which numbered 63 for 3M ESPE in 2013.
Among the 63 innovations that pushed 3M ESPE to the top were two FDA 510(k) new product clearances for the US market, 36 U.S. patents, and 25 patents from the European Patent Office and the World Intellectual Property Organization. Competition was especially tight this year, with two other companies close behind 3M ESPE, with 60 innovations and 59 innovations, respectively. In addition to new product clearances and patents, the report noted several product introductions by 3M ESPE in 2013, including 3M™ ESPE™ Sof-Lex™ Spiral Finishing and Polishing Wheels, 3M™ ESPE™ Imprint™ 4 VPS Impression Material, and a software upgrade for the 3M™ True Definition Scanner.
“The fact that the results were so close this year means that the real winners are dental professionals,” said Jim Ingebrand, division vice president, 3M ESPE. “This volume of new products and services from outstanding companies will add up to better results in the operatory.”
The Innovation Index has been published by the Anaheim Group since 2002, with 3M ESPE beginning its winning streak in 2005. The Anaheim Group calls its report “a snapshot of which firms obtained the most worldwide dental patents and US FDA marketing clearances,” stating that the group “believes that this Index is a fairly accurate evaluation of both the technical and marketing powers in the worldwide dental industry.”
“3M ESPE’s commitment to research and development is clearly reflected in our long-running number one position in the Innovation Index,” said Dr. Al Viehbeck, global technical director, 3M ESPE. “Our dental R&D facilities in Germany and the U.S. have easy access to 3M’s many technology platforms and corporate scientists, that plus our culture of collaboration are big factors keeping us at the top.”
For more innovation information click what’s new or click Dental Insights to sign up for
3M ESPE’s blog. 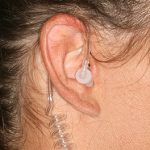