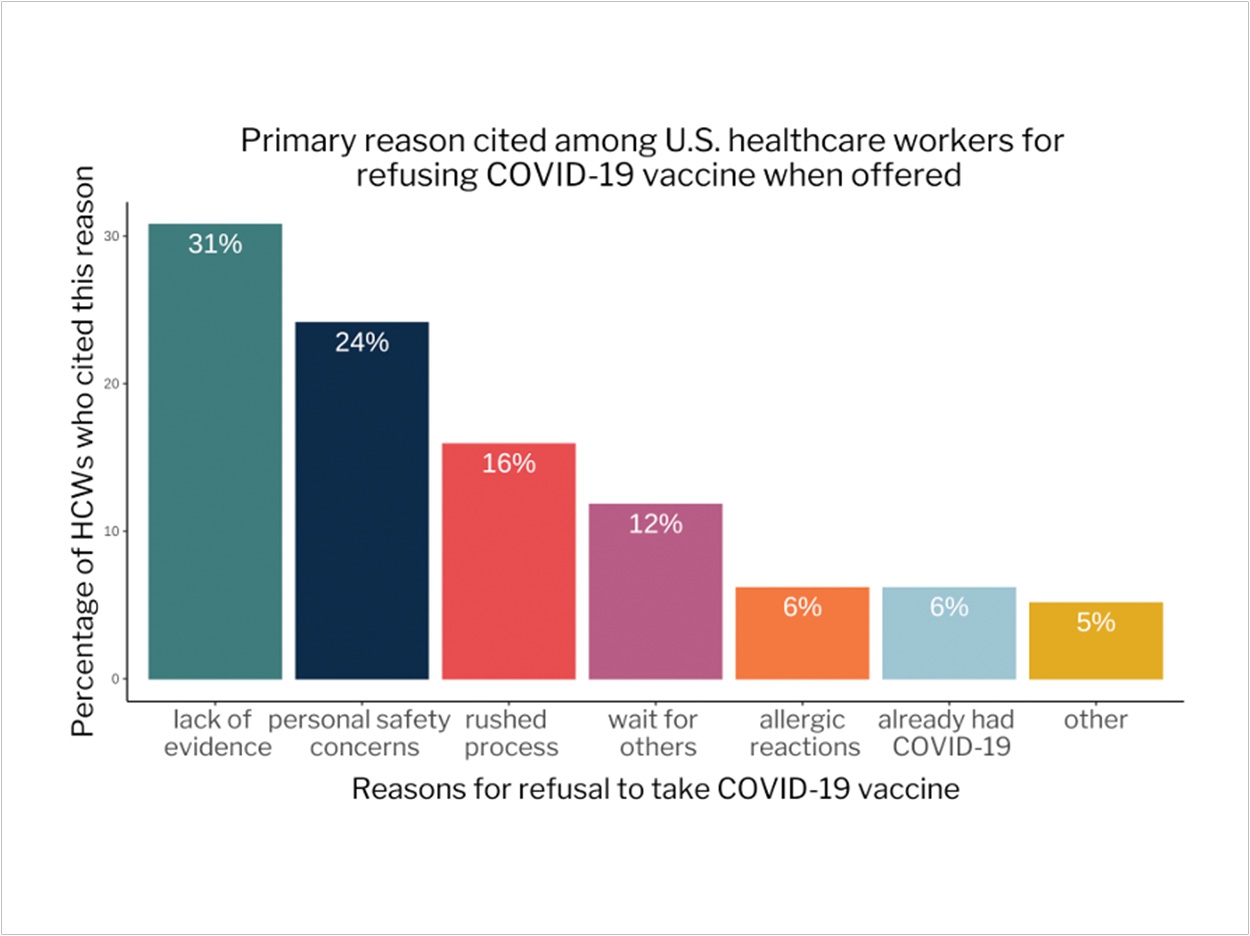 According to a December 2020 survey by Surgo Ventures, 15% of healthcare workers in the United States who have been offered an approved COVID-19 vaccine refuse to take it. The 2,504 respondents to the survey consisted of three groups:

The most cited reasons for refusal were a lack of evidence of the vaccines’ effectiveness and safety (31%), personal safety concerns (24%), and worry that the vaccine approval process has been rushed (16%).

Also according to the survey, which Surgo Ventures called the first to measure vaccine hesitancy among healthcare workers, 53% of the respondents had been offered at least one of the approved COVID-19 vaccines. Among that group:

The refusal rate was highest among the allied health professionals (22%), followed by the healthcare professionals (13%) and health management and support personnel (10%).

Also, black healthcare workers showed a higher level of mistrust in the vaccine rollout process and were more likely to hold the believe that the healthcare system doesn’t treat them fairly.

By political affiliation, the refusal rate was highest for Republicans (18%), followed by independents (16%), and then Democrats (8%).

“Even 15% of healthcare workers refusing the COVID vaccine is too high,” said Hannah Kemp, director of programs at Surgo Ventures. “We need all healthcare professionals to set the right example in these early days, because we still have a lot of work to do to convince the rest of the country to take the COVID vaccine.”

Healthcare workers in long-term care facilities report more hesitancy about getting the vaccine than those in hospitals. These workers rated themselves as less likely to get the vaccine (with an average intention score of 7.5 our of 10) than workers in hospitals (8.1 out of 10).

While 41% of long-term care facility workers believed that only “some” or “a few” of their colleagues would get vaccinated, only 25% of hospital workers responded similarly.

Additionally, healthcare workers in smaller settings such as dental practices are being offered the vaccine at lower rates than those in larger settings. In organizations with 50 or fewer employees, an average of only 29% of healthcare workers had been offered the vaccine, compared to an average of 68% of employees in organizations with at least a thousand employees.

How Dentists Can Administer the COVID-19 Vaccine

California Dentists Can Now Get the COVID-19 Vaccine 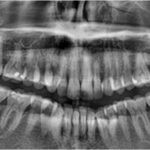 Previous post Diagnosis and Treatment of a Dentigerous Cyst 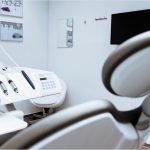