Technology: Today, Tomorrow, and Beyond!

What new technology will have the greatest impact on the future of dentistry?
Dr. Christensen: I have personally been involved with most of the so-called new technologies in dentistry as they have come onto the dental market. Some of them fit my needs, and I incorporate them into practice, while others are not important to me. Dentists develop methods and incorporate technologies that meet their needs. One does not have to possess and use the newest trinket that comes on the market to be a great dentist. In fact, some of the dentists I would ask to do dentistry for me do not have most of the new technology. On a positive note, some of the 20 or so new technologies on the market have significant value to dental practices, and ultimately to patients. You asked for one. In my opinion, digital radiography wins hands down. It is amazing to me that only about 45% of US dentists now use digital, whereas in many countries nearly 100% have digital radiography. In short, a technology that does something entirely new or that accomplishes a task faster, easier, better, or less expensively than current techniques will gradually capture the market. Those technologies that do not satisfy the words in that sentence will only be used by some dentists.

Where do you envision digital impression technology in 5, 10, or 20 years?
Dr. Christensen: It is my belief that this concept, although now well-proven, will require a significant period of time to become mainstream; this is because of the high cost, fear of learning the software, size of the devices, and current satisfaction with conventional methods. Within another 5 years, I feel that significant market penetration and practitioner acceptance will be made. In my opinion, this concept will not be as slow as in-office milling has been, but it will still require 5 to 10 years for acceptance as an alternative to conventional methods.

What do you think about cone beam computed tomography and the use of computer aided surgical guides?
Dr. Christensen: Cone beam computed tomography is a fantastic adjunct to practice for dentists involved heavily with removal of impacted teeth, implant placement, surgical guide fabrication, in-office CAD/CAM milling, orthodontic diagnosis and treatment planning, treatment of trauma, temporomandibular dysfunction, and many others. Obviously, the aforementioned procedures are not commonly accomplished in most general practices. As I have determined from polling large groups of implant-placing dentists, most either do not use computer-aided surgical guides or use them only seldom. In my opinion, they are an adjunct to proper placement of implants for difficult situations and not a replacement for conventional implant placement.

Are there improvements coming in dental radiographic sensors?
Dr. Christensen: Yes, but don’t hold your breath. There is so much research and development money into the current generation of radiograph sensors that development of new concepts for sensors has been slow. At this time, phosphor plate images made with thin, flexible sensors are easier to make and far less traumatic to patients than charge coupled device (CCD) and complementary metal oxide semiconductor (CMOS) radiographs made with thick rigid sensors. However, the desirability of immediate image observation has influenced most dentists to purchase CCD/CMOS. Dentistry needs thin, easily used, flexible immediate image sensors today, since this is a major void in the profession. Nothing is clearly evident on the horizon, but the first company to solve this challenge will be highly financially successful.

Is in-office milling of restorations a concept that should be “mainstream” in the profession?
Dr. Christensen: CEREC (Sirona Dental Systems) and E4D (D4D Technologies) have made significant inroads into restorative practice. Many dentists consider the in-office milling concept to be wonderful, and they have adapted this concept into their practices. The relatively slow integration of in-office milling into overall dentistry is indicative that the concept, as is currently developed, is for some dentists, but not all. The cost of entry, the necessary learning time, and the hassle necessary to adapt the concept into practice schedules have undoubtedly inhibited more unanimous acceptance of the concept. After consulting with many users of CEREC and E4D, I feel that modification of the concept using smaller, easier to use, less expensive devices would speed the incorporation of in-office milling into practice. Manufacturers are well aware of these needs.

Should technology oriented occlusal analysis (Tekscan) be used more in diagnosis and treatment of occlusal diseases/conditions?
Dr. Christensen: With no reservation—yes! The Tekscan has been in existence for many years. It has evolved significantly as new technology has been developed, but it
is relatively expensive. In my opinion, there have been many reasons why diagnosis and treatment of occlusal disease/conditions have been slow to improve over the years. Concepts and techniques that are decades old are still in use. The success of restorative and prosthodontic treatment, as well as the stability of orthodontic therapy, is dependent on homogeneous forces placed on teeth and tooth stability. To date, few methods, except the Tekscan, ensure these characteristics. Easy to use, affordable methods are needed immediately.

Recognizing that any form of dental/oral radiographs are inadequate in detecting dental caries, are there new and better methods to detect initial caries?
Dr. Christensen: It has been well-known for several decades that dental radiographs do not show minimal, initial caries. The DIAGNOdent from Kavo has been popular for several years for detection of occlusal caries. Although potentially accurate if stains are removed from the teeth before using it, there are numerous limitations to use of the device. Several new devices are now available on the market. Among them are the following: for detection of interproximal caries, Logicon (Carestream Dental); for occlusal caries detection, Spectra (Air Techniques), SoproLife (ACTEON North America), and CarieScan, a 3D Diagnostic Imaging Company. It is anticipated that numerous new devices will come forth soon to attempt to fill this significant void in detection of initial dental caries.

With the decrease in costs of lasers, will they become mainstream and be accepted by the ADA and the American Academy of Periodontologists (AAP)?
Dr. Christensen: Lasers have been around in dentistry for more than 50 years. The air-rotor handpiece, introduced into dentistry in about 1959, was in almost every practice by about one year after introduction. The facts speak for themselves: laser, although gaining in popularity, has not excited the majority of dentists. As I ponder why this is the case, it appears that several factors are present, including overpromotion by manufacturers, overexpectation of results by practitioners, high cost, varied results, and competition by well-proven less expensive devices such as electrosurgery. However, lasers are, for reasons difficult to determine, attractive to patients, and they are slowly growing in use. Admittedly, they do some procedures well, although slower than electrosurgery. They are being used in periodontal therapy with reported success. They can be used around implants. They are not as frightening to patients as electrosurgery. I feel that with continued research, they will finally find a routine place in dentistry, but their 50-year presence without unanimous acceptance by the profession speaks for their deficiencies. Assuming their viability for periodontal therapy continues to be proven, that use alone will validate their desirability and usefulness.

Are lasers useful in treatment of periodontal disease?
Dr. Christensen: This is both a political and a physiologic question. The majority of the thousands of users of lasers to treat periodontal disease would state an overwhelming yes, as I have had reported to me by laser users in my many continuing education courses. However, there are also those who question the use of lasers for treatment of periodontal disease. The fact that the ADA and the AAP have yet to sanction this concept shows its controversial nature. The controversy around lasers is not specific to dentistry. It is also argued in ear, nose, and throat; obstetrics and gynecology; and other medical specialties. Continuing research on laser use for periodontal disease is underway by many groups. Assuming the research is positive, political and scientific validation will come, and the one major minimally treated disease plaguing dentists and their patients will receive proper attention, without the trauma and fear of some conventional periodontal surgical procedures.

Closing Comments: Dr. Adams
Gordon, on behalf of all of us at Dentistry Today, we want to thank you for taking the time to share these relevant and thoughtful comments on matters related to new technologies in dentistry. We hope that this information will stimulate our readers to learn more about these topics.

Dr. Christensen is founder and director of Practical Clinical Courses (PCC) and CEO of CLINICIANS REPORT (CR) in Provo, Utah. Dr. Christensen has presented more than 45,000 hours of continuing education throughout the world and has published many articles and books. Drs. Gordon Christensen and Rella Christensen are co-founders of the nonprofit CR (previously CRA), which she has directed for many years. Since 1976, they have conducted research in all areas of dentistry and published the findings to the profession in the well-known CRA Newsletter now called CLINICIANS REPORT. His degrees include: DDS, University of Southern California; MSD, University of Washington; PhD, University of Denver; and 2 honorary doctorates. Early in his career, he helped initiate the University of Kentucky and University of Colorado dental schools and taught at the University of Washington. Dr. Christensen is a practicing prosthodontist in Provo, Utah. He can be reached at (801) 226-6569 or via e-mail at info@pccdental.com.

Previous post Upgrading From a Removable to a Fixed Prosthesis 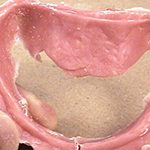 Supporting Dentistry Into the Future With Integrity

The Right Stuff: A Requirement for Success