Jericho, NY (June 17, 2013) – Darby Dental Supply, LLC, the largest all-telesales national distributor of dental merchandise, is pleased to announce the promotion of Liz Meyers to the position of Vice President Marketing & Purchasing. This is Meyers’ third promotion in her eighteen-year tenure at Darby.

Meyers began her career at Darby Dental in 1995 as a Product Manager, with a focus on Darby’s private label products. Shortly after, Meyers transitioned into a marketing role and was appointed to Marketing Manager, overseeing the production of the company’s publications including its robust product catalog. In 1997, she was promoted to Director of Marketing, taking on an expanded role to include strategy development and execution for direct marketing initiatives. Meyers remained in that position until 2004, at which time she applied her extensive product knowledge and vendor relations to assume the role of Director of Purchasing. 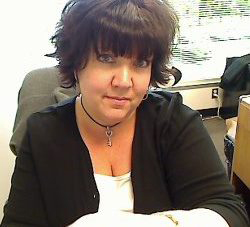 In her new position, Meyers oversees all Darby Dental marketing and advertising efforts including direct mail initiatives, print collateral, electronic media, event planning and telemarketing programs. In addition, she manages an inventory of over 50,000 dental products where her responsibilities include purchasing, and rebate and incentive programs. With the recent merge of the marketing and purchasing departments within Darby Dental, Meyers is now also head of Darby’s vendor relations where she works closely with Darby’s many vendor partners.

“Liz has proven herself to be a pivotal part of the Darby family success for over eighteen years now,” remarked Michael Caputo, President of Darby Dental Supply. “In light of our recent organizational restructure, we are confident that her seasoned blend of experience is perfect for our new marketing and purchasing department. Liz has an outstanding track record at every level of her career, and I’m confident that she will transition seamlessly into her new position. We are extremely grateful for all of her substantial contributions and she has steadily become a leader within our organization. We look forward to a bright future with Liz.”

Prior to joining Darby, Meyers garnered extensive experience in sales and the dental industry, working as a buyer for Henry Schein, and a junior buyer for Del Laboratories.

Meyers can be reached directly at Liz.Meyers@DarbyDentalSupply.com. 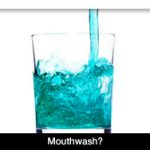