INTRODUCTION
The goal of modern dentistry is to provide our patients with the safest, healthiest, and most predictable treatment possible. Subgingival margins, however, are still commonly placed, even though this has been found to be unhealthy for the patient’s periodontium (Figures 1 and 2).1-4 Deep subgingival restorative margins make restorative dentistry more difficult and unpredictable.5,6 This is especially true if resin composites and adhesives are being used, since these materials are absolutely intolerant to contamination (Figure 3). On the other hand, supragingival dentistry techniques make restorative dentistry easier, more predictable, and healthier.7-9 Unfortunately, the condition of teeth can often make it appear that subgingival margins are inevitable, while, in many cases, the use of subgingival margins is preventable. In other situations, unhealthy subgingival margins are already present; so what do we do then?

This case report article presents 2 techniques as part of a supragingival protocol to make healthier supragingival margins possible, even when subgingival margins would be considered imminent if using a traditional restorative approach. These 2 crucial protocols are the enamel margin preservation and repair technique and coronal repositioning of the restorative margin, the latter of which is another technique that can be used when deep, unhealthy subgingival crown margins are damaging periodontal health.

After the removal of the existing composite onlay, obvious caries were evident in the mesial area with what would apparently be a clinical situation where the clinician would inevitably end up placing subgingival margins (Figure 5). It is important to remember that the location of the gingival margin has historically been considered out of our control—basically a by-product of previously established restorative rules and perceived aesthetic needs. Adhesive dentistry—along with its new, stronger, and, yet, more translucent materials—allows us to break those rules, making healthier supragingival restorations possible. Implementing a supragingival protocol using the 5 principles of supragingival dentistry helps us rewrite all the traditional reasons why and where restorative margins are placed.

After careful removal of the caries using a supragingival minimally invasive protocol that included the use of a caries indicator (Caries Detector [Kuraray America]),10,11 an unsupported supragingival enamel margin, created by the removal of deep infected dentin, was preserved. An older and well-entrenched basic rule of cavity preparation is to remove all unsupported enamel to prevent enamel fracture, but well-executed adhesive dentistry with its associated modern materials and techniques have shattered this rule.12,13 A crucial part of the supragingival dentistry protocol includes enamel margin preservation and repair.14 The benefits of preserving and properly repairing supragingival enamel to allow for a supragingival margin include easier impression and temporization, predictable bonding and cementation strengths with improved restorative longevity, and healthier long-term results (Figures 6 and 7).

Repairing any unsupported enamel using proper adhesive techniques before the final impression is crucial, because the weak enamel can easily break if left unsupported. In this case, the proper adhesive technique was used to repair the unsupported enamel using CLEARFIL SE PROTECT (Kuraray America) and a dual-cured flowable composite resin restorative material (Bulk EZ [Zest Dental Solutions]). When repairing weak enamel, it is important to avoid the damaging effect of poly­merization forces that can cause enamel cracks or allow for open margins. Bulk EZ is a unique material which uses a combination of well-known principles, first described by Bertolotti15, and new technology. Bulk EZ works by overcoming 2 of the major factors causing open margins and the negative effect of polymerization forces. First, there are the undesirable effects of light curing, such as polymerization shrinkage during the process that leads to cervical margin leakage (Figure 8) and the shadowing effect due to the direction of the light (Figure 9). The second benefit of Bulk EZ is the decrease of polymerization stress achieved by the initial undisturbed 2-minute self-cure phase of this dual-cured material. The shrinkage is directed toward the bonding agent,16,17 eliminating a gap between the bonding agent and the composite.

The clinical steps are as follows:

2. Ensure the complete evaporation of the solvent present in the primer by air drying until the primer does not move. (Note: This is of great importance, especially to avoid having acidic material that could interfere with the dual-cure flowable.)

3. Apply a thin coat of the second bottle or bond, then light cure.

4. Apply a 2.0-mm thick (or less) layer of Bulk EZ. Due to the excellent properties found in this material, a single coat can be in contact with the enamel and dentin surfaces; this would not be desirable with other materials. Allow for self-polymerization to occur (approximately 2 minutes) and then light cure.

5. Refine the margins and take the final impression.

CASE 2
Coronal Repositioning of Restorative Margins
This patient presented with the complaint that his “last 2 molars on the upper left side bleed every time after flossing, and [that area] is always red and puffy.” Upon clinical and radiographic evaluation, it was clear that the periodontal condition in this area was very unhealthy with obvious red, inflamed tissues and deep periodontal pockets. The patient felt that his gums had been unhealthy ever since he received 2 crowns a few years before this dental visit. The unhealthy clinical appearance was consistent with the usual look of the gingiva when crowns have deep subgingival margins, imperfect margin adaptation, and, sometimes, a violation of the biological width (Figure 10). Deep subgingival margins, especially with a violation of the biological width, can cause severe, and even irreversible, periodontal damage. Because of the very unhealthy appearance of the area, it was decided to remove the 2 existing crowns.

Upon removal of the 2 crowns, it was evident that some excess cement from the original placement of the crowns, along with heavy plaque, was trapped below the very deep crown margins (Figure 11). It was not surprising that remnants of cement and poor margin adaptation was found, as extremely deep subgingival margins are difficult and unpredictable to work with for any clinician.

It was evident that the preparation margins were nearly featheredge in their design and they were found, in fact, to be deep subgingivally. It was decided to reposition the restorative margin coronally, which was made possible because of the existing shallow featheredge margin design (Figures 12 and 13). A deep chamfer or shoulder preparation would have made coronal repositioning impossible. A light chamfer supragingival margin was placed about 2.0 to 3.0 mm more coronally from the original crown margin (Figure 14). Figure 15 shows how the option of leaving a part of a featheredge margin uncovered and repositioning a new crown margin more coronally may have an open margin appearance on a radiograph.

In a situation where the uncovered margin is on enamel, the enamel left uncovered should be planed with a sharp scaler and/or polished. And, in cases when the exposed margin is on dentin, it is ideal to seal the dentin with CLEARFIL SE PROTECT resin, light cure, and then do one more cure, coating the adhesive bonding agent with an oxygen inhibitor to ensure full polymerization to the surface, followed by proper removal of any excess material. CLEARFIL SE PROTECT is ideal because of its ability to create a layer of acid-resistant dentin (super dentin).18 Patients should be informed of (and shown on the radiograph) the intentional relocation of the margin to be more coronal, and how it may look unusual on a radiograph to another clinician or hygienist. In addition, patients should be made aware that the area could initially be more susceptible to recurrent caries. Therefore, a good quality remineralizing gel (such as ReminPro [VOCO America]) should be provided, and the patient should be taught how to apply it using a Proxabrush (GUM) to further protect the newly exposed tooth surface. It is desirable to take radiographs at recall appointments to regularly supervise the area.

CLOSING COMMENTS
Deep subgingival margins and the associated restorative work leads, in many cases, to unpredictable and inferior results, often causing further problems for the patient and clinician alike. These unhealthy deep restorative margins can severely affect the periodontal health of our patients. Practicing supragingival dentistry whenever possible, along with the implementation of modern restorative techniques, can help prevent and, in some cases, even reverse the damage caused by traditional subgingival restorative margins.

Dr. Ruiz is director of the Los Angeles Institute of Clinical Dentistry, an associate instructor at Dr. Gordon Christensen’s PCC in Utah, and an independent evaluator of dental products for the CR Foundation. He is course director of numerous continuing education courses at the University of Southern California and is an honorary clinical professor at Warwick University in England. He has been practicing in the Studio District of Los Angeles for more than 20 years, focusing on treating complex cosmetic, rehabilitation, and implant cases. He has published several clinical and research papers on adhesive dentistry, occlusion, and aesthetic dentistry, and he has been named as one of Dentistry Today’s Leaders in Continuing Education. He can be reached at (818) 558-4332 or via email at ruiz@drruiz.com. 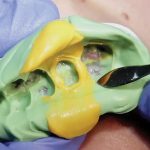 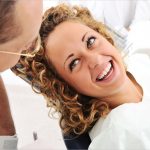