John B, a 47-year-old male and longtime patient, was in for his annual dental checkup. John had great teeth—maybe a little too good, as he had accumulated an extra 50 pounds over the past decade and now at 5’10” weighed 250 pounds with an 18-inch neck and a 46-inch girth.

As the dentist walked into the room, John was recumbent in the dental chair. Quickly perusing the patient’s past dental records, the dentist heard a raucous freight train. John was fast asleep at 9 AM, snoring loudly enough to shake the building. The dentist shook him awake and asked about his snoring, which he said was now every night. He had been banished from his marital bed to the guest bedroom. He often awoke choking and gasping for air and was now so sleepy during the day he could no longer drive without falling asleep. He was hypertensive and poorly controlled on 3 drugs. His oral exam showed marked uvular edema and a Grade III Mallampati.

His teeth were, of course, fine. The dentist told John he had sleep apnea and needed a sleep test and treatment for this serious medical condition.

The anatomy of sleep-disordered breathing is relevant to the dental evaluation. Man’s upper respiratory tract, specifically the supra vocal cord tract (SVT), evolved rapidly over the last 250,000 years as we developed the capacity for speech.2 The required endpoint was a supra vocal cord tract where the vertical segment and the horizontal segment had established a ratio of 1:1 (Figure 1). In order to evolve the 1:1 ratio of the SVT, the larynx descended and the oral cavity shortened. This resulted in several anatomical consequences. The tongue, which is a flat, thin structure confined to the oral cavity in all other mammals, became a globular structure, a portion of which resided in the oropharynx (Figure 2). As the maxillofacial bones shortened, third molars became impacted, a condition not otherwise found in the animal kingdom. Man’s teeth also decreased in size to approximately 10% smaller than those found in primates similar in size. To facilitate buccal speech, the soft palate retracted superiorly, resulting in a greatly shortened soft palate. The human uvula is the remnant of a previously long soft palate.

The pathogenesis of sleep-disordered breathing is that oral cavity and oropharyngeal musculature loses its normal, awake, dynamic tone during sleep. The tongue falls posteriorly into the oropharynx. The airway is narrowed and ultimately obstructed. The interruption of breathing results in cerebral arousal, hypoxia, and elevated blood pressure. The obstruction and arousal stimulate the autonomic nervous system, a condition known as sympathetic neural stimulation (SNA)3 (Figure 3). In normal sleepers, blood pressure falls during sleep. In SDB sleepers, it rises, as is graphically seen in Figure 3. For those dubious of the relationship between hyper-tension and SDB, the depiction in Figure 3 should be enlightening.

During oropharyngeal airway obstruction, the soft palate and uvula are sucked back into the oropharynx. The turbulent airflow around the uvula re-sults in uvular palatal vibration. This generates the low-frequency sound commonly known as snoring, the primary symptom of sleep-disordered breathing. As the obstruction worsens, the patient and the bed partner may notice apneic episodes, in which the patient wakes up choking or gasping for air. As the disease progresses and the patient ages, daytime sleepiness becomes evident. Patients fall asleep not only in the dental chair but at work, in front of the television, at the movie theater, and often, tragically, behind the steering wheel.

One of the most common physical findings in sleep-disordered breathing is uvular edema. As dentists carefully inspect the patient’s oral cavity at each visit, a close look at the uvula will show evidence of SDB-related edema. Edema of the uvula is not a normal finding; therefore, any uvular edema is abnormal and strongly suggestive of snoring and SDB. Given that 24% of adult males and 9% of adult females snore, uvular edema can be expected in 10% to 20% of adults. The uvula can be easily seen by gently depressing the tongue with a tongue blade. The dental mirror can also be used to examine the uvula by depressing the tongue and viewing the uvula on the mirror’s surface.

The size of the tongue in the oral cavity is also associated with SDB. This typically is called the Mallampati Grading System (Figure 4), named after an anesthesiologist who used tongue size as a predictor of difficult intubation. The Mallam-pati Grade is usually evaluated by asking the patient to open his mouth and say, “aahhh.” (Protruding the tongue may change the Mallampati Grade and is not recommended.) Higher grade Mallampati is associated with SDB. In fact, the more difficult it is to see the uvula, the more likely that it is abnormal.

THE DENTIST’S ROLE IN SDB

The dental profession should play a role in the diagnosis and treatment of sleep-disordered breathing in numerous ways. SDB is associated with a narrowed palatal arch and a foreshortened mandible. Early orthodontics to expand the palate and maxilla and to elongate the mandible by pulling the teeth anteriorly is an important recommendation to prevent adult SDB. This may speak against premolar extractions for orthodontic reasons.

In adult dentistry, the history can include the presence of snoring, and the oral cavity examination should include evaluation for Mallampati, uvular edema, narrow palate, and micrognathia, especially class II occlusion. Those patients with snoring and anatomic abnormalities should be evaluated for SDB. Patients can be referred to a sleep specialist, or the interested dentist can perform this evaluation. A sleep test is required. The current home sleep test technology is excellent. If a dentist is interested in sleep-disordered breathing, he or she may consider the use of a screener device such as the ApneaLink by ResMed (resmed.com) or the Compass by MedCare (medcare.com). While not yet reimbursable, these sleep machines are relatively inexpensive, and many patients are concerned enough about their snoring and SDB that they will pay for the test.

Snoring is managed by palatal scarring procedures. The permanent Dacron Pillar implants (Restore Medical) shown in Figure 5 are one popular technique. Oral appliances are well known for the treatment of snoring and mild SDB. For those dentists who identify and treat patients with snoring and mild obstructive sleep apnea (OSA), sleep-testing devices such as the ApneaLink are particularly important, since today’s standard of care dictates that every individual with snoring be evaluated with a sleep test prior to therapy, be it oral appliance, surgical therapy, or continuous positive airway pressure (CPAP).

CPAP remains the best treatment for SDB. The more severe the condition, the more likely it is that the patient will be compliant. The current Medicare guidelines authorize CPAP therapy for individuals with an apnea hypopnea index (AHI) of 15 or more or an AHI of 5 or more with 1 or more of the co-morbidities listed in Table 1.

Surgical therapies have lacked compelling evidence-based scientific validation. Nonetheless, they remain widely practiced. For those with severe micrognathia, with cranial-facial abnormalities, or who have failed CPAP and simple surgical therapies, maxillomandibular advancement ap-pears to be a promising, successful treatment.

Sleep-disordered breathing is a prevalent, morbid, mortal condition. Given that all adult patients should be seen at least once a year by the dental profession, and given that the dental profession has developed expertise in conditions involving not only the teeth but also those of the surrounding tissues, the dental professional should routinely screen for SDB. Those with particular interest may consider sleep testing, oral appliance therapy, and appropriate referral to colleagues in orthodontics, maxillofacial surgery, otolaryngology, and sleep medicine.

Dr. Davidson is professor of head and neck surgery and associate dean of continuing medical education at the University of California, San Diego. He is also the head and neck surgery section chief at the VA Medical Center, San Diego. The director of clinical operations for the UCSD Sleep Medicine Clinic, Dr. Davidson is well-known for his contributions in the evolutionary anatomy of sleep-disordered breathing and the use of multichannel home sleep testing. He can be reached at (858) 822-4229 or tdavidson@ucsd.edu. 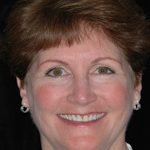