Was George Washington Killed by his Dentures?

Was the throat infection that took George Washington’s life caused by colonies of bacteria that grew in his world famous dentures?

By all reports Washington was a very athletic, strapping man who was taller, (at 6’ 2 ½”,) larger, and stronger than the average countryman of his time. So how is it that, at the age of 67, he became ill and died in only 3 days? Let’s take a look at that question.

George Washington’s suffered from both dental problems and various illnesses in his younger life. He lost his first adult tooth at the young age of 22. By the time he became President, in 1789, at age 57, he had only one tooth remaining, despite daily brushing, use of dentifrice, and mouthwash. At his inauguration, Washington was wearing a full set of dentures which were attached to his final tooth.

Modern historians suggest that mercury oxide, which he was given to treat illnesses such as smallpox and malaria, probably contributed to his tooth loss. He suffered from headache, fever, and severe muscle and joint pain. Over the ensuing years there were attacks of malaria, flu, and rheumatic complaints. Combined with what were most likely genetically poor teeth, and the stress of being Commander of the Continental Army caused constant unrelieved toothaches. In some instances, one cannot help but wonder if his teeth might have been the source of the chronic infections he suffered. His dental and health problems were intertwined. Were there abscessed partial roots still present? His diaries contain multiple references to dental pain.

Washington had frequent dental problems during his tenure as Commanding General of the Continental Army. A famous painting of Washington in 1779 shows a scar on his left cheek, believed to be the result of a badly abscessed tooth. One correspondence from Washington to a dentist in 1783 was a request for material to take an impression of his mouth. He would then send the impression back to the dentist for a denture to be made. Washington was treated by no fewer than eight prominent dentists who practiced in colonial America, but his favorite was Dr. John Greenwood.

Dr. Greenwood’s dentures had a base of hippopotamus ivory carved to fit the gums. The upper denture had ivory teeth and the lower plate consisted of eight human teeth fastened by gold pivots that screwed into the base. The set was secured in his mouth by spiral springs. The upper and lower gold plates were connected by springs which pushed the upper and lower plates against the upper and lower ridges of his mouth to hold them in place. Washington actually had to actively close his jaws tightly to make his teeth bite together.

His final dentures were made in 1798, the year before he died. This set had a swaged gold plate with individual backing for each tooth and was fastened together by rivets. Today, the lower denture is on display in the National Museum of Dentistry in Baltimore, at the University Of Maryland Dental School. Another set is on display at the Smithsonian in Washington, DC.

It wasn’t until 1867 that Joseph Lister introduced the idea that micro-organisms lead to infection and that antiseptics needed to be used for surgical procedures.  Washington died 68 years before this discovery.  Even in this day and age, the idea that germs and bacteria on denture material can lead to systemic illnesses is only beginning to become part of our consciousness.

On Thursday, December 12, 1799, Washington spent the day outside in the snow, and freezing rain inspecting Mt. Vernon. He ate his dinner that night in his wet clothing. The next morning he complained of a severe sore throat. Accounts now attributed the cause to Quinsy, Acute Epiglottis or possibly Thrush. Quinsy is a bacterial infection causing severe inflammation of the tonsil area, often leading to the formation of an abscess that may require surgery in the tonsil area. Acute Epiglottis is a bacterial infection around the epiglottis, which can cause severe air blockage. Thrush is a yeast infection that can develop in the mouth or throat.

Washington’s condition worsened, throughout the day, until around 3 am on Saturday morning when he awoke his wife, Martha, telling her that he felt ill. Common medical practice at the time was to bleed the patient, and that is exactly what the doctors did. Although several physicians were summoned to his bed side, Washington died at 10 pm on Saturday, December 14, 1799.

Where did these infections come from? Michelle Keib, Partner at SonicBrite®, a cleaning system for dental appliances, shares research linking bacterial infections that colonize on the porous materials that dentures and partials are made from.

Again, George Washington was known to be a hearty and strong individual. He had great physical strength that amazed younger men. While the story of him throwing a silver dollar across the Potomac River is untrue, he did throw a rock to the top of the 215 feet-tall Natural Bridge. If a throat infection of this kind could kill a man of his constitution, what could become of a more fragile population? Nursing Home residents who wear dentures? Youngsters who wear retainers and sports guards?

What we can learn from George Washington’s experience?  We should pay closer attention to not only treating recurring Tonsillitis and Strep Throat with antibiotics, but be more watchful for where these infections are lurking. We have modern day examples of contaminated sports guards and dentures, reinfecting individuals as soon as they go back to putting them back in their mouths. These dental appliances must be cleaned of all tarter build up and disinfected on a regular basis.

Could SonicBrite have saved George Washington? 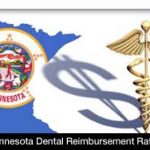