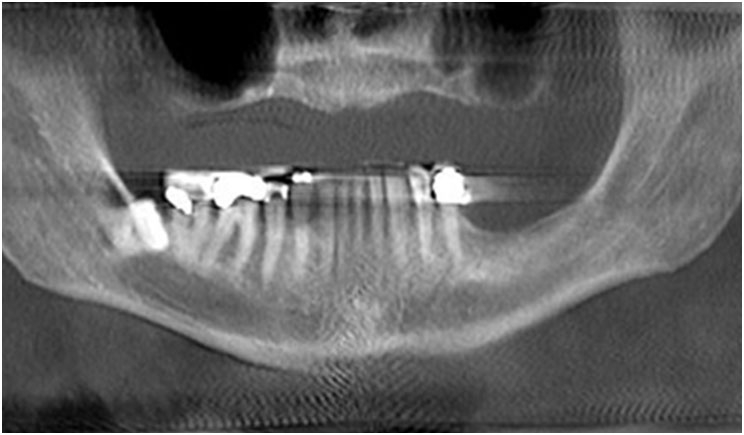 When treating edentulous or terminal dentition patients with full-arch implant-retained fixed prosthetics, one of the most challenging scenarios is severe maxillary atrophy or poor bone quality. The clinician is left with two core treatment options: grafting versus graftless.

The first begins with site preparation, which may include sinus augmentation and block-grafts, followed by future implant placement. Requiring multiple surgical procedures, this treatment can often leave the patient in complete dentures for one to two years on a severely atrophic and unstable ridge.

Wearing dentures often affects a patient’s quality of life, including the ability to eat. It also can severely diminish self-confidence.1 Other considerations include the cost and morbidity associated with multiple surgeries, graft failure, the need for additional grafting, and full healing prior to implant loading. This process often can be discouraging to both the patient and the provider.

The graftless approach uses zygomatic implants, which can significantly help this patient population. Zygomatic implants offer a definitive solution that can be performed in a single surgery, stabilizing the patient’s oral condition and providing a fixed prosthetic solution with reduced cost and morbidity.2

Introduced to the United States in 1998, zygomatic implants are currently used in a variety of protocols that can be adapted to the needs of the patient. Brånemark’s original protocol included two zygomatic implants placed posteriorly, one per side, in combination with multiple anterior endosseous implants.3

This allows the clinician to work around pneumatized sinuses or anteriorly located maxillary sinuses while reducing or eliminating the distal cantilever. If necessary, a single zygomatic implant can be used in combination with a traditional angled endosseous implant on the contralateral side.

A more recent protocol is the use of four zygomatic implants, two in each zygoma, to restore a full-arch fixed prosthesis. This protocol allows the clinician to manage both anterior and posterior maxillary atrophy.4

Anteriorly positioned zygomatic implants, located palatally to the canines, are necessary when anterior bone width is inadequate for traditional implant placement and block grafting would be required. Due to the high density of the zygoma bone, zygomatic implants rarely lack primary stability, allowing immediate loading and avoiding the need for immediate removable dentures.

Zygomatic implants have their own set of complications. Healing can often be more severe, with increased swelling, bruising, and the potential for sinus complications. When post-operative complications do occur, they can be considerable.

Working with an experienced head and neck surgeon is recommended, as peri-implant infection and implant failure pose significant risk to critical adjacent structures. The skill of the surgeon also has a major effect on the prosthetic outcome.

One of the most common complaints about zygomatic implants is the tendency for the restorative platform to be positioned palatally. The palatal bulk can cause difficulties with hygiene and speech.5 However, a skilled surgeon can consistently position the implants at the cingulum of the canine and central groove of the first molar.

It is important to note that on top of normal medical contraindications to implant placement, smoking should be considered an absolute contraindication for zygomatic implants. All of the failures that we have seen in our practice have occurred in smokers.

The treatment morbidity following the failure of a zygomatic implant can be a massive setback, and it may not allow for the patient to ever wear a fixed prosthesis. For this reason, alternative treatments or smoking cessation is advised.

A 72-year-old male presented to our office via referral from the general dentist with a chief complaint of ill-fitting dentures. Upon examination, severe maxillary atrophy was present. The patient reported that the previous dentist’s treatment plan included bilateral sinus lifts and anterior ridge grafting prior to implant placement with an expected completion time of more than 18 months (Figures 1 and 2).

After consultation, the patient elected to proceed with zygomatic implants and an immediate fixed provisional. The patient underwent implant surgery with intravenous sedation. Bilateral zygomatic implants and four anterior implants were placed with adequate primary stability for loading (Figure 3). The immediate fixed temporary hybrid was placed under strict restrictions for a soft diet during healing.

The post-operative panoramic view outlines implant position, providing first molar occlusion without cantilevers. Following four months of uneventful healing, final impressions were made, and a metal-acrylic hybrid was fabricated (Figure 4). The patient continues to be seen for three-month recalls.

A patient presented to the practice with lower failing dentition (Figure 5). He was interested in dental implants. The pre-operatory CT scan revealed a lack of posterior bone (Figure 6). The patient was very dissatisfied with his maxillary denture and wished to have stable fixed dental situation.

After lengthy consultation, the patient elected to proceed with upper and lower immediate load prosthetics. Due to the lack of bone in the posterior maxilla, zygomatic implants were prescribed and accepted (Figure 7).

All of the maxillary implants torqued appropriately. Chairside conversion was completed, occlusion was equilibrated, and the patient left the office with fixed upper and lower provisional hybrids with dietary restrictions.

After four months of healing, the implants were torque tested, and maxillary and mandibular fixed zirconium hybrids were fabricated and inserted. The total treatment time was five months (Figure 8).

Both of these cases noted patients with severe maxillary atrophy and extensive sinus pneumatization. For these patients, the determining factors when deciding to proceed with zygomatic implants and immediate load provisional hybrids were the length of treatment, the number of procedures, and the desire to avoid complete dentures.

The use of zygomatic implants in maxillary atrophic cases has proven to be a worthy treatment option. When dealing with non-smokers, it has become the first choice of treatment for these patients.

Dr. Friedman is a recognized leader in reconstructive, aesthetics, and implant dentistry and is one of the few prosthodontists who places and restores dental implants. After graduating in 1998 from Tufts University School of Dental Medicine in Boston, he returned to his hometown of Toronto where he joined two of the most renowned prosthodontic practices, focusing on cosmetic and reconstructive dentistry. After six years of successful hands-on experience, he completed an additional three-year post-graduate specialty certificate in prosthodontics at the Nova Southeastern University School of Dental Medicine in Florida. He can be reached at dr.efriedman@gmail.com.

Dr. Gragg was born and raised in Burlington, Vt. He completed his undergraduate degree at the University at Albany and his DDM degree at Temple University in 2013, where he was recognized by the American College of Prosthodontics for crown and bridge as well as Dentsply for excellence in dentures. In 2016, he graduated from UNC-Chapel Hill, the premier prosthodontic residency in the country, with his Certificate in Prosthodontics and a master’s in prosthodontics for his research on digitally guided implant surgery. He can be reached at drgragg@friedmandentalgroup.com.

Dental Implants in the Aesthetic Zone 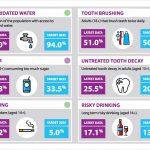 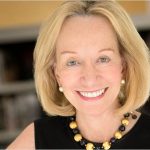