“International Man of the Year”

SOUTH JORDAN, Utah, May 15, 2013 – The Utah-Europe Days Committee, sponsored in part by the Utah Governor’s Office of Economic Development, recognized Dr. Dan Fischer of Ultradent Products, Inc. as “International Man of the Year” for his contributions to sustaining economic and cultural relations between the state of Utah and the European Union. The reception honoring Dr. Fischer took place at the Zion’s Bank headquarters in Salt Lake City on May 9—known internationally as “Europe Day.”
The descendent of a Danish immigrant who came to the U.S. via Ellis Island in 1920, Dr. Fischer credits the core values—among them “hard work”—instilled in him by his grandfather for his personal and professional success. Dr. Fischer founded Ultradent Products, Inc. in 1978 as a family-owned dental company in South Jordan, Utah. The company has since expanded to operating nine offices internationally, including offices in Germany and Italy, with distributors in Spain, France, and Portugal. Dr. Fischer credits many of his European colleagues with Ultradent’s international success in helping establish the company’s lines of distribution throughout the world.
“Ultradent exports about 70% of what we make beyond U.S. borders, for which we’re very proud,” Dr. Fischer said at the event. “Some of my best friends in the world are Europeans—whom I must thank for having taught me so much.”
French foreign minister, Robert Schuman, declared May 9 as “Europe Day” in 1949 as a celebration of peace and unity throughout the European Union. The Utah-Europe Days events are designed to help Utahans better understand one of the most dynamic epicenters of politics, economics, and business in the world.

Previous post Enter To Win A Weekend At Daytona With Ryan Newman And Tony Stewart, Courtesy Of Aspen Dental 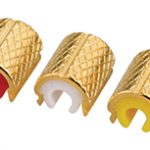