SOUTH JORDAN, Utah, March 2011 – In response to the evolving humanitarian crisis that resulted from the recent 9.0 magnitude earthquake and subsequent tsunami in Northern Japan, Ultradent announced plans for two initiatives to support relief efforts in Japan. Both initiatives will support AmeriCares, a non-profit disaster relief and humanitarian aid organization which provides immediate emergency response and supports long-term humanitarian assistance programs around the world.

"Disasters of this magnitude require support on a global scale," said Dr. Dan Fischer, President/CEO of Ultradent. "While we’re reassured that our colleagues in Japan are safe, we’re saddened by the state of destruction in the region and hope to do our part in helping relief and long term recovery efforts".

Ultradent’s relief initiatives include a voluntary program for Ultradent employees to donate funds which will be matched dollar-for-dollar by the company. Details of the program have been shared with more than 1000 employees throughout Ultradent’s international network. Ultradent has also delivered hygiene aids (toothbrushes, OpalPix, etc.) for immediate support. The second initiative extends to friends and patrons of Ultradent. Facebook friends and Ultradent store visitors will be provided with the option to donate funds to an account Ultradent is preparing for AmeriCares. 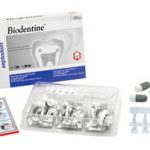 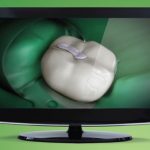