Traumatic Intrusion of a Tooth: A Case Report

Traumatic tooth displacement is a common injury affecting children and adolescents. Although sometimes challenging to diagnose, tooth intrusion, aspiration, and ingestion may lead to serious complications. Nearly 50% of all schoolage children experience some form of dentoalveolar fracture between the ages of 6 and 18;1 30% of children suffer from trauma to their primary dentition,2 and 22% suffer from trauma to their permanent dentition.3 Pediatric dental injuries commonly result from motor vehicle accidents, and especially from assaults; 50% of all abuse-related trauma occurs in the head and neck region.4 Before the 1960s, boys suffered 3 times as many dental injuries as girls suffered, but since the rapid increase in women’s sports beginning in the 1970s, this ratio has fallen to 1.5 to 1.5 The tooth most vulnerable to trauma is the maxillary central incisor, which sustains approximately 80% of all dental injuries.6 Among all tooth displacements, tooth intrusion in the permanent dentition is the most rare.7

Tooth intrusion is defined as the displacement of a tooth farther into the alveolar bone. In a retrospective study of the etiology and pathogenesis of traumatic dental injuries, Andreason found that of 2,239 injured permanent teeth, only 3% were luxated intrusively.8  In contrast, the most common luxation injuries to the primary dentition are intrusive. With a direct blow, a primary incisor can be completely intruded. This discrepancy might be related to the relative pliability of a child’s alveolar bone as compared to adult  bone. Unless the impact forces are considerable, the posterior teeth are seldom involved because of their anatomical position and multiple roots.9 The cuspids rarely are involved because the medial pillar of the maxilla is difficult to penetrate.9 In the permanent dentition, most traumatic injuries are crown fractures.10

When tooth displacement occurs, the poorest prognosis is associated with intrusively displaced teeth. Potential complications include pulpal necrosis, pulp obliteration, root resorption, ankylosis, and loss of marginal support. For intruded teeth with closed apices, the incidence of pulpal necrosis is 100%, whereas in intruded teeth with open apices, the incidence of pulpal necrosis is 63%.11 External root resorption has been reported as a complication of intrusive injuries in 58% of teeth with immature root formation and in 70% of teeth with complete root formation.11

Andreasen and Vestergaard-Pedersen11 reported a 24% incidence of ankylosis following severe intrusion and also found that marginal bone loss occurs in as many as 31% of cases of intrusive luxation. The potentially most serious complications can occur when a tooth is displaced into another part of the body or when the tooth opens a communication from the oral cavity into an anatomical space.

This article describes a case involving traumatic tooth intrusion in a child. A central incisor was not visible in the socket and initially was presumed to have been avulsed. Later, a computed axial tomogram confirmed that a mass along the nose was the missing incisor, which was then surgically removed without complication.

An 8-year-old white male presented to Cayuga Medical Center Emergency Room (Ithaca, NY) with injuries to his face and oral structures resulting from a 15-foot fall from a tree. The initial extraoral exam revealed an apparent nasal fracture with a firm mass extruding from the left lateral piriform aperture. No ecchymosis, abrasion, or tearing of the overlining epithelium had occurred. A 3-cm laceration was present on the submental skin surface.

Intraorally, the anterior segment of the premaxilla showed injury consistent with low-velocity blunt-force trauma, including multiple fractures of the alveolus and several lacerations of the gingival tissues. The patient’s maxillary right central incisor had been avulsed from the socket and was retained only by a narrow band of gingival tissue. The maxillary left central incisor was not obviously present (Figures 1a and 1b), but the child’s guardian was unable to find this missing tooth in the area under the tree from which the child had fallen. The root of the maxillary left lateral incisor had an oblique fracture. In addition, the mandibular anterior segment was fractured “enbloc” with teeth Nos. 23 to 26, and the accompanying alveolus was lingually displaced.

Cervical spine radiographs failed to reveal the missing maxillary left central incisor, but a panoramic radiograph showed a suspicious radiopaque mass lateral to the nasal septum. Closer examination of the apparent nasal fracture suggested that the deviated mass was too firm to be cartilaginous. A computed axial tomogram confirmed that the suspicious mass protruding from the lateral perinasal region was the missing tooth (Figure 2).

After extraction of the avulsed right central incisor and left lateral incisor, manual pressure was used to reposition the fractured segments of the maxilla, and resorbable sutures were used to close the intraoral lacerations. Next, the fractured alveolus of the mandibular arch was repositioned using carbon fiber ribbon, and the fractured alveolar segment was stabilized with light-cured composite resin. Finally, the submental laceration was closed with silk sutures. Follow-up prescriptions included the antibiotics penicillin and clindamycin, together with Lortab (UCB Pharma) as needed for pain. For removal of the intruded central incisor, the patient was referred to an oral surgeon.

Approximately 7 days later, the patient was placed under general anesthesia, and the oral surgeon removed the displaced tooth and several spicules of bone via an intraoral approach. Healing was uneventful.

When managing an oral-facial injury, priority should be given to removing avulsed teeth, fragments of tooth or bone, dental prostheses or appliances, and grossly loose teeth (not listed in sequential order). These potential foreign bodies can compromise an airway, which is of particular concern for patients with depressed mental status who may have an impaired protective gag reflex. After the patient is stabilized, the complete examination for head and neck trauma should include evaluation of the dentition for missing teeth.

If an avulsed tooth is not present in the socket and is not recovered from the accident venue, it is prudent to rule out intrusion, aspiration, or ingestion of the missing tooth.

In a review of 4 cases of fully intruded teeth in teens and adults, Tung and colleages10 reported that the causative mechanism of injury in the studied cases was high-velocity impact resulting from motor vehicle accidents. In 3 of these cases the intruded teeth were incisors; in the fourth case, the intruded tooth was a maxillary molar.

Intrusion of a tooth has several potential complications. The tooth can be impacted into the maxillary sinus or another sinus. Hara and colleagues12 described an incisor fully intruded into the frontal sinus, which resulted in sinusitis, suggesting that such an injury may lead to more complicated infection that could result in brain abscess. In the present case, intrusion of the tooth opened a direct communication into the canine space. Tung and colleagues10 also reported a case in which an intruded incisor was nearly dislodged into the patient’s respiratory tract, which could have caused life-threatening airway obstruction or a lung abscess.

If a tooth that is missing due to trauma was not recovered at the scene of the accident, and intrusion has been ruled out, aspiration and ingestion should be considered. Holan and Ram13 reported a case in which a 7-year-old girl was shown to have aspirated a primary maxillary incisor that had been avulsed and not recovered from the scene of the accident. Professional evaluation by auscultation may fail to detect an aspirated tooth.13 Should the patient develop a cough, breathing difficulty, or fever, tooth aspiration should be suspected and confirmed or excluded by means of a chest radiograph.13

If a tooth has been ingested, it is likely to pass safely through the gastrointestinal tract, but the provider should be aware that foreign body ingestion can lead to significant morbidity or even mortality. Even though 80% of swallowed foreign bodies are passed within 1 month, the remaining 20% can lead to gastrointestinal obstruction, perforation, bleeding, and sepsis.14 For locating radiopaque items, abdominal  radiographs are useful. Once an ingested tooth has been located, it is prudent to follow up with a radiograph or stool examination to ensure that the tooth has been passed.

A patient presenting with facial trauma may be distracted by other injuries, and a missing tooth may be presumed to have been avulsed during the accident but not recovered from the accident scene. However, because intrusion of a tooth can have life-threatening ramifications, any time a tooth is not accounted for, the possibility that it has been fully intruded should be considered. For diagnosing intruded teeth, the use of radiographs, supplemented by computed axial tomograms, can be helpful.

The author wishes to thank Jeffrey Lewis, MD, DMD, and Judith Hardesty for their assistance in the preparation of the manuscript.

3. Ravn JJ, Rossen I. Prevalence and distribution of traumatic injuries to the teeth of Copenhagen school children 1967-68 [in Danish]. Tandlaegebladet. 1969;73:1-9.

Dr. Piskorowski is attending dentist, Department of Dentistry and Oral-Maxillofacial Surgery, Cayuga Medical Center, Ithaca, NY, with a  private practice in Ithaca. Dr. Piskorowski graduated from Cornell University and Marquette University School of Dentistry. He completed an advanced education in general dentistry residency while serving in the US Air Force. He can be reached at (607) 257-5941. 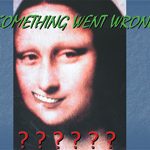