While metal tongue studs may have more flash than piercings made of plastic, a mouthful of steel also harbors more bacteria, researchers report in an upcoming issue of the Journal of Adolescent Medicine.

The study is the latest addition to a slew of reports suggesting that metal tongue studs can cause infections, damage gums and chip teeth.

Physician Ines Kapferer of the Innsbruck Medical University in Austria and colleagues identified 68 women and 12 men, average age of 23 years, who had tongue piercings with studs inserted. The researchers examined tooth and gum health in each volunteer and removed the studs. The volunteers were then randomly assigned to get a new stud made of stainless steel, titanium, polypropylene (a plastic polymer) or polytetrafluorethylene (Teflon). After two weeks, the scientists removed those studs and took swabs of the tongue, the piercing canal and each stud itself.

Many of these bacteria typically occur in biofilms, a gummy combination of bacteria, cells, lipids, proteins, sugary molecular strands and other substances that build up on surfaces. The researchers speculate that stainless steel surfaces are more conducive to the formation of biofilms than plastics are.

Some biofilms are well-known, such as dental plaque and slimes that make wet rocks slippery or coat the inside of household plumbing. Biofilms offer bacteria housing and protection, making them difficult to knock out, says Sharukh Khajotia, a dental biomaterials scientist at the University of Oklahoma Health Sciences Center in Oklahoma City, who wasn’t involved in the study.

“The biofilm forms a protective covering for bacteria,” he says.

This means bacteria lodged there are not as easily targeted by antibiotics as free-floating bacteria are. A lot of work remains to be done to understand why biofilms stick to certain surfaces better than others and what factors influence biofilm formation, Khajotia says. “This is a really good first step.”

Meanwhile, piercing the tongue places a person at risk of mouth infections that can spread to other parts of the body, earlier work has shown. For example, oral piercings have been linked in rare cases to hepatitis C, toxic shock syndrome, brain abscesses and a heart infection called endocarditis. The researchers note that several of the bacteria found in abundance on metal studs also show up in systemic infections.

Installation of a stud, ring or other object on the tongue can also damage the surrounding gums and teeth. In the new study, the researchers found on their initial examination of volunteers that more than one-fourth had receding gum tissues behind the teeth, despite the group’s youth. That’s where a tongue stud comes into contact with gums. The volunteers had had tongue studs for 5 years on average. Of the 80 volunteers in this study, four had chipped teeth. Chipping occurs more often with metal studs than with the plastic inserts, past research has shown. 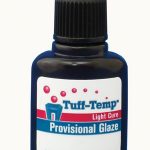