The Next Generation Attachment System

INTRODUCTION
Implant overdentures may be supported and retained using bar and clip attachment systems or through individual, free-standing abutment-based attachments. Free-standing abutment attachments include balls, magnets, resilient stud attachments (such as the LOCATOR system [Zest Dental Solutions] and ERA [Sterngold]), and non-resilient stud attachments (such as Ankylos SynCone [Dentsply Implants]).1-4 Attachment system selection depends on a variety of factors that must be identified early in the treatment sequence. These factors include implant position, desire for cross-arch stabilization, size of the prosthesis, economics, oral hygiene compliance, sore spots tendency, restorative space availability, condition of the prosthesis in the opposing arch, and/or ease of fabrication or repair of the prosthesis.4

Bar Systems
Bars have been primarily indicated to accommodate non-parallel implant trajectories. However, most bar systems require substantial planning, and the fabrication of a bar-supported prosthesis is technique sensitive.5 They require more vertical restorative space compared to individual stud attachments.5 Patients with bar-supported prostheses may be prone to develop mucosal hyperplasia beneath the bar and mucositis around the implants.6-8 Reduced tissue coverage of individual stud attachments (such as LOCATOR or ERA attachments) make them a preferred treatment choice for patients with poor oral hygiene.4

LOCATOR Attachment System
LOCATOR attachments were introduced in 2001 and have been used successfully since their inception. They have several advantages, including resiliency, self-alignment9-11 (making it easy for the patient to align and seat the prosthesis, as well as decreasing the wear of nylon-retentive inserts due to improper prosthesis placement) and dual retention (internal and external),9-11 ease of replacement of the nylon-retentive inserts12,13 and maintenance of oral hygiene,8 and a low-profile11 (3.17 mm for an external hexagon implant, 2.5 mm for an internal connection). The LOCATOR attachment system has become a popular choice when there is reduced vertical restorative space.5 The reduced height of the attachment also decreases the forces to the implant by reducing the lever arm length.14 LOCATOR attachments make it possible to transform an existing denture to an implant-retained overdenture.11,15 They can be used to support and retain both complete11 and partial removable prostheses.16 They are compatible with the majority of available implant systems.17

Implant overdentures using LOCATOR attachment systems demonstrate a high success rate (more than 94.5%)18 and have demonstrated superior clinical results compared to ball and bar attachments, with regard to rate of prosthodontic complications and the maintenance of the oral function.11 However, all stud attachments, including LOCATOR attachments, display a significant reduction in retention when used in conjunction with non-parallel implants.19-21 The manufacturer recommends using the Extended Range (gray, red, orange, or green) LOCATOR inserts to correct up to 20° angulation per implant (40° between 2 implants). However, the Extended Range inserts provide only external retention and also wear faster than the Standard Range ones.9,17 The success of a removable implant restoration primarily depends on the retentive capacity of its attachment to sustain its long-term functionality.

LOCATOR R-Tx Removable Attachment System
A next-generation LOCATOR attachment system (LOCATOR R-Tx Removable Attachment System [Zest Dental Solutions]) (Figure 1) was recently introduced to improve the limitations associated with conventional LOCATOR attachments. In addition to its angle-correction capability, several new features have been incorporated to improve its clinical performance.17 The new features include a DuraTec titanium carbon nitride coating that is aesthetic, harder, and more wear resistant compared to the titanium nitride coating used on conventional LOCATOR abutments; an industry-standard 0.050-in/1.25-mm hex drive mechanism, precluding the need for special drivers; a smaller central cavity, which decreases food and plaque accumulation; dual-retentive features on the external surface of the abutment; and the absence of internal engagement, preventing debris and plaque accumulation within the drive mechanism from impacting proper seating; and a reduction in the coronal abutment dimension, making it easier for the patient to align and seat the prosthesis.17

The redesigned denture attachment housings (DAHs) (Figure 2) are anodized pink for aesthetics and designed with flats and grooves to resist vertical and rotational movement.17 This design permits a 50% increase in pivoting capability and up to 30° correction per implant as opposed to a maximum of 20° correction per implant with conventional LOCATOR.17 A conventional locator DAH is not anodized and only designed with horizontal grooves to resist vertical movement.17 As opposed to the conventional LOCATOR, LOCATOR R-Tx offers only one set of inserts (zero retention, gray; low retention, blue; medium retention, pink; and high retention, white) (Figure 3). These have an improved design to resist edge deformation. In addition, the LOCATOR R-Tx all-in-one packaging (Figure 4) provides all the necessary components needed (abutment, DAH with processing insert, retention inserts, and block-out spacer) with only a single part number. The dual-sided LOCATOR R-Tx tool (Figure 5) permits easy insertion and removal of the retention insert.17 A metal slot feature on the back of the tool allows the clinician to disengage a retentive insert with minimal risk of tearing gloves.17

A recent Clinicians Report study stated that 100% of CR project directors would incorporate the LOCATOR R-Tx into their practices, and all of them (100%) rated it excellent or good and worthy of trial by colleagues.22 LOCATOR R-Tx abutments are restored with the same restorative technique as used for the conventional LOCATOR attachment system.17

The purpose of this article is to report a case utilizing the LOCATOR R-Tx attachment system to facilitate fabrication of an aesthetic and functional implant-retained removable prosthesis.

CASE REPORT
Diagnosis and Treatment Planning Case 1
A 46-year-old female patient presented to the author’s clinic for restoration of 4 maxillary and 2 mandibular implants (teeth Nos. 6, 9, 11, 13, 19, and 20 locations) (Figure 6). The implants were planned by the restorative dentist and then placed by the oral surgeon. Five implants were initially planned and placed in the maxillary arch (teeth Nos. 4, 6, 9, 11, and 13), but the implant in the location of tooth No. 4 failed and had to be removed. The mandibular implants had been restored with porcelain-fused-to-metal screw-retained crowns, which helped establish the mandibular occlusal plane (Figure 7). The oral hygiene of the patient was good. The patient’s medical history was noncontributory. The patient was conscious of aesthetics and desired a simple, easy-to-clean, and retentive maxillary restoration.

An implant-supported overdenture was planned for the maxillary arch. The maxillary implants had a 30° to 35° divergence, making it challenging to use conventional stud attachments (Figure 8). The newly introduced LOCATOR abutments (LOCATOR R-Tx) were chosen to help manage the divergence between the implants.

The clinical and laboratory procedures, as described below, were done to fabricate and deliver the definitive maxillary prosthesis.

Clinical Protocol
The healing abutments were removed and a maxillary open-tray impression was made using direct transfer copings (Figure 9), yielding an implant-level tissue cast (Figure 10). Following this impression, the healing abutments were reattached to the maxillary implants. An additional impression was made to generate a mandibular cast. Maxillo-mandibular jaw relationship records (face-bow, protrusive, and centric relation records) were registered, and the casts were mounted on a semi-adjustable articulator (Whip Mix 2240 [Whip Mix]). A wax trial denture procedure was accomplished to evaluate fit, form, occlusion, and aesthetics (Figure 11). LOCATOR R-Tx abutments (heights chosen based on mucosal thickness) and the DAHs were attached to the implant analogs on the maxillary cast. The mounted casts and wax trial denture were sent to the dental laboratory team, along with detailed instructions for the fabrication of the removable dental prostheses incorporating a metal framework. The framework was designed to accommodate the DAHs that were to be integrated into the prosthesis via a chairside pick-up procedure. The finished maxillary implant-supported removable dental prosthesis incorporating a metal framework was returned from the dental laboratory (Figure 12) and evaluated in the patient’s mouth. Fit, form, and occlusion were evaluated, and the prosthesis was adjusted, finished, and polished, as needed.

The healing abutments were removed from the mouth and the LOCATOR R-Tx abutments (retrieved from the laboratory) were carefully attached to the implants and torqued per the manufacturer’s specifications (Figure 13). A radiograph was taken to confirm the complete seating of the abutments (Figure 14). The DAHs (also retrieved from the laboratory) were seated over the abutments (Figure 15). A patient try-in of the prosthesis was done to reverify the fit and occlusion and to ensure that there was no contact of the DAHs within the recesses created in the prosthesis. The recesses were roughened and sandblasted, and the denture attachment housings were cleaned and dried. A metal bonding acrylic agent (UBAR Metal Bonding Cold Cure [Protech]) was applied to the recesses, and then the denture attachment housings were picked up directly, utilizing an auto-polymerizing resin material (CHAIRSIDE Attachment Processing Material [Zest Dental Solutions]) per the manufacturer’s recommendations. The prosthesis was adjusted, finished, and polished as needed. The black processing inserts were removed and replaced with pink retention inserts with the LOCATOR R-Tx tool (Figure 16). The prosthesis was seated in the mouth.

IN SUMMARY
Ongoing research and development has led to the innovation of the LOCATOR R-Tx Removable Attachment System. Additional cases have been successfully treated using the new attachment system (Figures 18 and 19).
This article has served to compare the features of the LOCATOR R-Tx with the conventional LOCATOR. It detailed a case report of a patient with maxillary angulated implants rehabilitated with a metal-reinforced overdenture prosthesis incorporating the LOCATOR R-Tx Removable Attachment System, plus 2 additional brief clinical case examples.

Dr. Ahuja is an adjunct assistant professor in the department of prosthodontics at UTHSC. She is a consultant for several dental clinics in Mumbai, India, and also for Lutheran Medical Center in New York. She has lectured nationally and internationally on various prosthodontic topics. She has been published in multiple peer-reviewed national and international journals and is the co-author of the textbook Applications of the Neutral Zone in Prosthodontics. She can be reached at sahuja@uthsc.edu.

A Method to Minimize RPD Framework Deformation During Fabrication Procedures 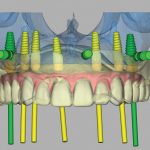 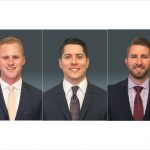 Are Biologic Medications Becoming the New Catch-22 in Implant Dentistry?