CHICAGO (April 12, 2012)—On Tuesday, April 10, 2012, in the journal Cancer, the American Cancer Society published an article entitled “Dental X-Rays and Risk of Meningioma,” which summarized a study that sought to develop a correlation between dental radiographs and brain cancer.

According to the Academy of General Dentistry (AGD), a professional association of more than 37,000 general dentists dedicated to providing quality dental care and oral health information to the public, the study’s findings are not applicable to modern dentistry because the study was based upon an examination of outdated radiographic techniques, which produced considerably more radiation than patients would be exposed to today.

“Modern radiographic techniques and equipment provide the narrowest beam and shortest exposure, thereby limiting the area and time of exposure and reducing any possible risks while providing the highest level of diagnostic benefits,” said AGD President Howard Gamble, DMD, FAGD. “Today, patient safety is always maintained with the recommended use of thyroid collars and aprons.”

The article from the American Cancer Society, which received attention from many reputable news outlets, could cause the public to decide to limit or even refuse X-rays in an effort to keep their families safe.

“It is regrettable to think that an article based on outdated technology could scare the public and cause them to avoid needed treatment,” said Dr. Gamble. “With the radiography techniques in use today, the amount of radiation exposure is reduced and more controlled than it was in years past.”

The AGD supports radiographic guidelines provided by the American Dental Association (ADA) and the U.S. Food & Drug Administration, and concurs with the ADA that dentists should order dental radiographs for patients only when necessary for diagnosis and treatment.

The AGD encourages patients to discuss their concerns with their dentists in order to determine what’s best for them. The AGD also encourages dentists to communicate with their patients and address any unexpressed concerns of radiographic risks in order to reduce fear and promote a better understanding of the benefits and the risks associated with the specific needs of each patient.

“Neglecting one’s oral health has serious oral and systemic risks,” said Dr. Gamble. “Radiographs play an important role in improving the oral health of the public, and patients should not be deterred from seeking oral health care due to misperceptions from this study.”

The Cancer study contained many inconsistencies and possibilities for error, including the fact that its findings were based upon a population-based case-control study. This means that it relied upon the patients themselves to recall and self-report past events, many of which were from decades earlier.

The AGD supports ongoing scientific research on any correlations between dental radiographs and incidents of disease in an effort to provide the most accurate information to the public and to correct any misperceptions created by the Cancer study. 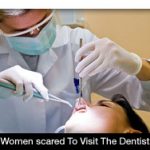 Next post Women in 40s Impacted by Dental Phobia
0 Shares